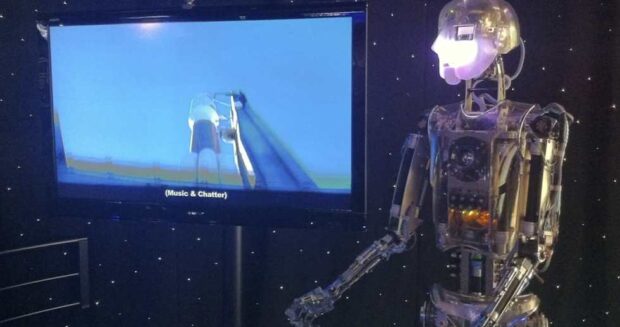 Robot Rocket Rally will allow visitors to explore the world of robots with NASA-developed robots, discover how robotic technology is benefiting mankind, meet working robots, hear from robotics experts and even operate a robot.

The event features a robotic expo with hands-on exhibits and games showcasing the latest in robotic and engineering technology. The study of science, technology, engineering and mathematics (STEM) is at the heart of Robot Rocket Rally, with exhibitors ranging from middle school robotics clubs to veteran NASA scientists and engineers.

“Kennedy Space Center Visitor Complex is thrilled to work with NASA and other robotics experts to present this comprehensive, inside look at what is being done now and for the future with robots in space exploration and other important scientific and real-life applications,” said Therrin Protze, Visitor Complex chief operating officer.

Robot Rocket Rally also celebrates NASA’s next big step forward in robotic exploration by supplying robotic climbing legs to Robonaut-2, currently aboard the International Space Station (ISS), with the launch of SpaceX 3, the third resupply mission to the ISS by Space Exploration Technologies. SpaceX is scheduled to launch its Falcon 9 rocket and Dragon capsule on March 16 at 4:41 a.m.

Visitors also can learn more about today’s robotic technology from the experts during a series of 20-minute, multimedia presentations on March 15 and 16.

Robot Rocket Rally is included in daily admission. Exhibits will include:

• NASA’s Robonaut 2 (R2): Robot Rocket Rally will provide one of the first opportunities to view the completed Robonaut 2, a dexterous, humanoid robot, developed by NASA to assist astronauts in zero gravity. The torso model, similar to R2 at the International Space Station, is accompanied by an engineering model of R2’s legs, an exact replica of the actual legs launching to the ISS in March. A separate R2 display demonstrates human-like upper-body dexterity.

• NASA’s X1 Robotic Exoskeleton and Robo-Glove (Human Grasp Assist device): These NASA-developed technologies are used to assist people with serious ambulatory needs to begin to walk independently for the first time and increase the strength of a human’s grasp to assist with rehabilitation muscle atrophy.

• NASA’s RASSOR: A robotic miner, RASSOR is designed to skim lunar soil to collect and transport moon dust to be converted into rocket fuel or breathing air for astronauts.

• PhoneSat: A new generation of satellites, PhoneSat is the size of a coffee cup and built from commercial, off-the-shelf materials, thus reducing the cost of creating a satellite, and is able to operate from an everyday smart phone