The locally-shot comedy ‘Characterz’ is now available to own or rent digitally.

Characterz, an independent “ultra low-budget” comedy about costumed performers that was filmed in the Central Florida area, is now available on Digital HD and On Demand platforms.

Characterz tells the tale of Tucker Ostrowski, who works as Hoppy the Kangaroo at a little amusement park in Central Florida. Newly accepted by the California Institute of the Arts and desperate to make enough money for fall tuition, Tucker lands a job in Old Time Fun Town’s Characterz Department. Through trial and error (mostly error), Tucker learns the ins and outs of being a Costumed Character—and, in the process, discovers that his summer workplace is wildly dysfunctional. The film’s cast includes Mitchel Musso (Hannah Montana, Second Hand Lions), Walt Willey (All My Children, Gunslingers), and Isaac Singleton (Pirates of the Caribbean: The Curse of the Black Pearl, Deadpool). 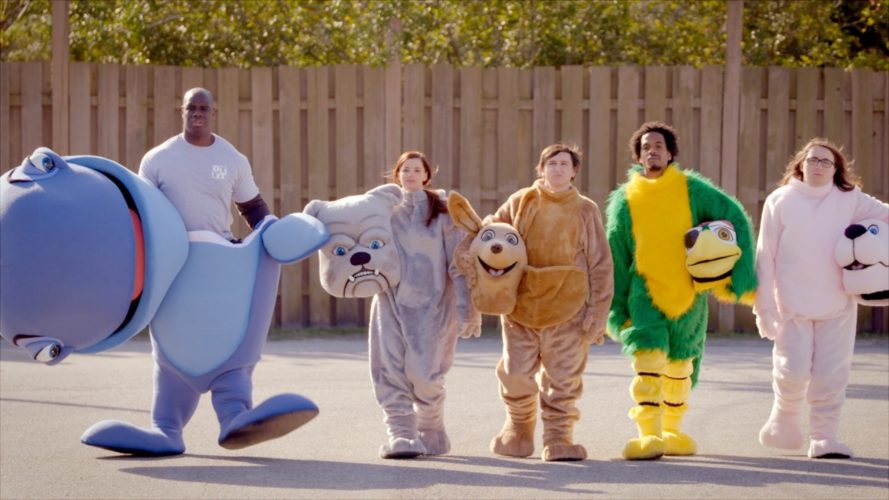 Characterz was co-created by Lisa Enos Smith and Jon Binkowski, who are business partners in the multi-discipline production company Renaissance Entertainment, LLC. Their “day jobs” mostly involve high-impact attractions for the theme park industry; they both just returned from Shanghai Disneyland producing and directing a “Pirates of the Caribbean” live-action stunt spectacular. Characterz is the team’s third film project, after the horror/comedy Scare Zone and supernatural thriller The Visitant.

Binkowski says, “We make ‘Ultra Low Budget’ films, but these aren’t like school projects; we tap into the local [Central Florida] professional pool for our crew, especially our producer partner-in-crime Ben Kupfer, who this time out also served as DP (Director of Photography). And we network! Friends of friends, cashing in old favors… you name it.”

Smith says the idea for Characterz originated in her an Jon’s “deep roots in the theme park business. One of my first jobs was as an ‘Animal Educator’ at Busch Gardens (Tampa); Jon’s first job was as a costumed character at SeaWorld in San Diego.” Binkowski continues, “I was Wally the Walrus—this was the mid-70s—and believe me, all of the scenes (in the film) showing what it’s like inside a costume, all of that is 100% real. I had kids swinging on my tusks, you name it. Then I got a promotion to Pete the Penguin and continued to work my way up the food chain…Really! It was a couple of wild summers back when I was growing up. So, yeah, Lisa and I tapped into a lot of that with the script.”

Portions of the film were shot at Gatorland and Old Town Kissimmee. The park locations were both open for business throughout, complete with background music, ride operations, car shows, and park visitors becoming curious onlookers. Binkowski says, “We had no access to a soundstage; way out of our budget. So we had to find locations within either Gatorland or Old Town for everything.” 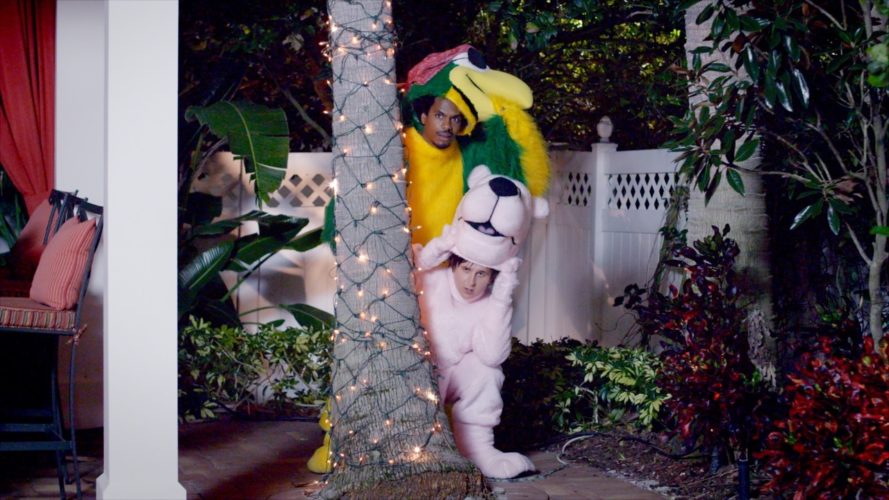 “We were able to screen an early edit for (theme park) industry insiders a few months back,” says Smith. “And their reaction—the huge laughs at things that honestly only theme park people really understand—and their feedback afterwards… Well, it makes the whole thing worthwhile.”’

Characterz is available for purchase or rental from Amazon, Google, YouTube, Vudu, and other platforms; visit characterzmovie.com for more information.