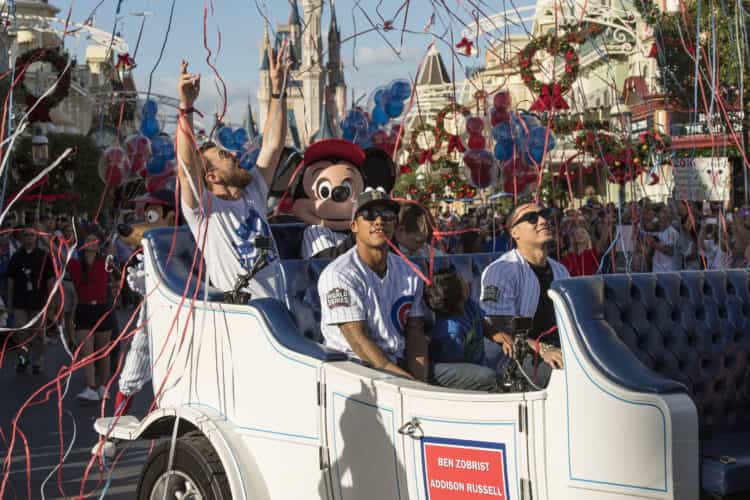 Players from the world champion Chicago Cubs celebrated their World Series victory by “going to Disney World” on Saturday.

Members of baseball’s world champion Chicago Cubs team followed in the footsteps of many sports heroes by “going to Disney World” on Saturday to celebrate their recent World Series victory.

Championship MVP Ben Zobrist, Addison Russell and Javier Baez, who all helped lead the Chicago Cubs to the world championship earlier this week, rode along with Mickey Mouse in a celebratory parade at Walt Disney World Resort. A throng of cheering fans, many dressed in the team’s colors, lined the parade route at Magic Kingdom waving “W’’ flags and holding signs. Mickey Mouse and Goofy both dressed for the occasion, wearing their classic baseball uniforms.

The players and their families enjoyed some of the theme park’s signature attractions, including Dumbo the Flying Elephant, and . Plus, they took photos with Mickey Mouse and Goofy. 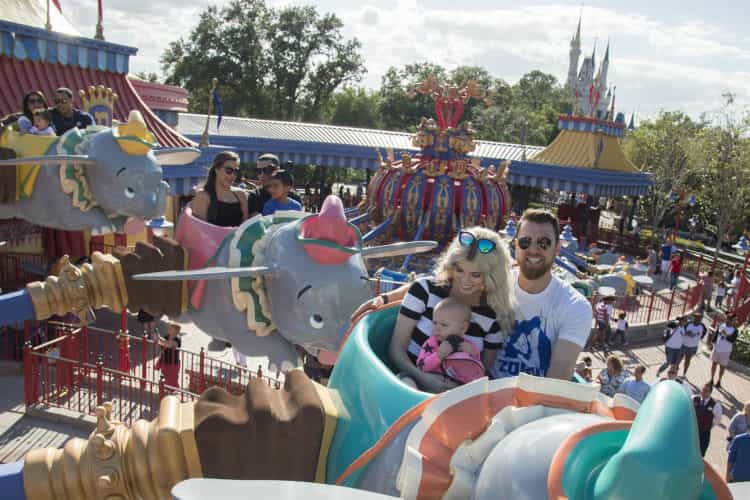 “I can’t believe how many (Cubs fans) there were at the parade. It’s just unbelievable,’’ said Zobrist. “It’s an amazing following of people right here at Disney World.’’

Disney Parks’ tradition of sports champions celebrating their victories by “Going to Disney World” dates back to 1987. 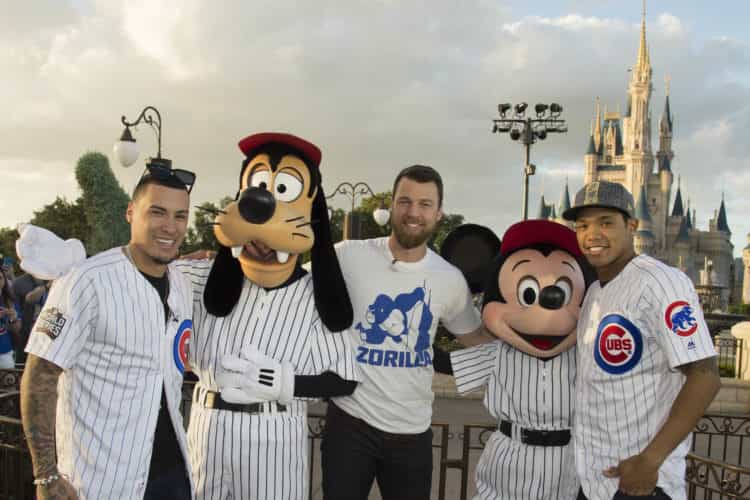 After 108 years without a World Championship, the Cubs rallied from the brink of defeat (they were down 3-1 in the best-of-seven-game series) to win Game 7 in 10 innings. Zobrist hit a double in the 10th inning that scored the go-ahead run that led to their victory. Baez accounted for the Cubs’ only run – a solo homer – in their 1-0 win over the San Francisco Giants in the National League Division Series. And Russell hit a grand slam home run in Game 6 that helped force the deciding Game 7, keeping the team’s title hopes alive.