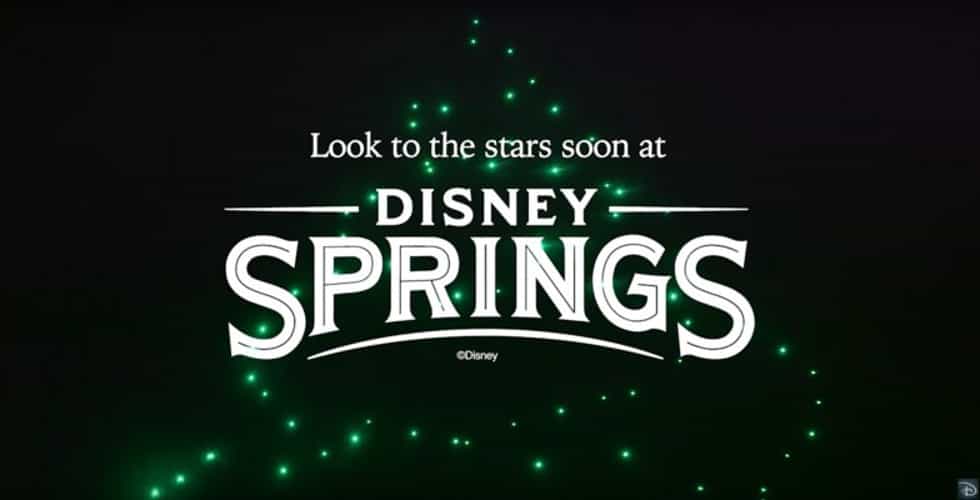 Only days ago, Walt Disney World received permission from the Federal Aviation Administration to use remote-controlled aircraft inside their resort, and today they’ve unveiled a new drone holiday light display that will soon make its debut at Disney Springs.

No details are available about the new “Holiday Light Experience” coming to the Disney Springs shopping and dining district.

UPDATE (11/14/16): Imagineers have begun testing the new show over Disney Springs, and we were able to get an exclusive preview of testing happening early this morning.

It is apparent from this clip, plus public patent and permit filings, that a swarm of wirelessly operated drones will be used to create holiday light displays in the air above Disney Springs. For safety reasons, we’ll wager the display will take place over a large body of water, and be visible from walkways along the shoreline.

Even without knowing more about the project, it’s safe to say this drone holiday light display should attract many guests missing the Osborne Spectacle that ended its multi-decade run at Disney’s Hollywood Studios after last season.

In addition to the drone Holiday Light Experience, whose dates and times are not yet announced, Disney Springs is being decked out with holiday decor and hosting seasonal events from November 11 through January 8. At Disney Springs’ Christmas Tree Trail, Marketplace guests can stroll among 15 custom decorated holiday trees, each dedicated to a popular Disney theme.
In the The Festival of Toys at the Marketplace’s Once Upon a Toy Fountain, toys have magically come alive for an interactive holiday dance party nightly on the plaza. There’s pin trading, a nightly tree lighting ceremony and more.

For a look back at what holidays at Disney’s entertainment complex looked like when it was known as Downtown Disney, watch this video:

Downtown Disney has gone to the dogs for the holidays

Show your love for your favorite Disney...