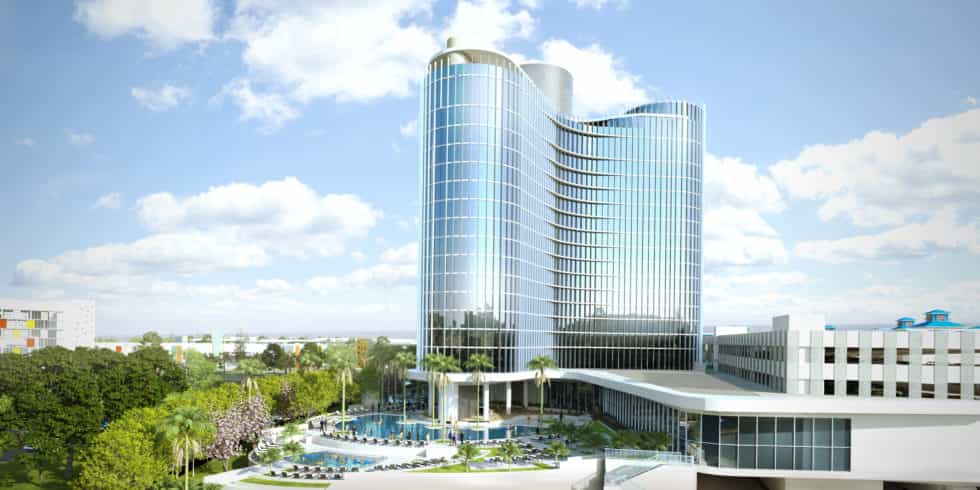 Universal’s Aventura Hotel will offer another value-priced on-site option for Orlando visitors when it opens in summer 2018.

This morning, Universal Orlando announced that Universal’s Aventura Hotel will open in summer 2018, adding a new “affordable-chic” option to their lineup of Loews-operated resort hotels.

Universal’s Aventura Hotel will be a “value priced” property designed “with the connected and value-savvy traveler in mind,” and will become the destination’s sixth hotel. The 16-story gleaming glass tower will consist of 600 guest rooms, including 13 kids’ suites. It will bring the total number of on-site hotel rooms at Universal Orlando to 6,200 when combined with the 400-room expansion of Universal’s Cabana Bay Beach Resort opening in 2017. 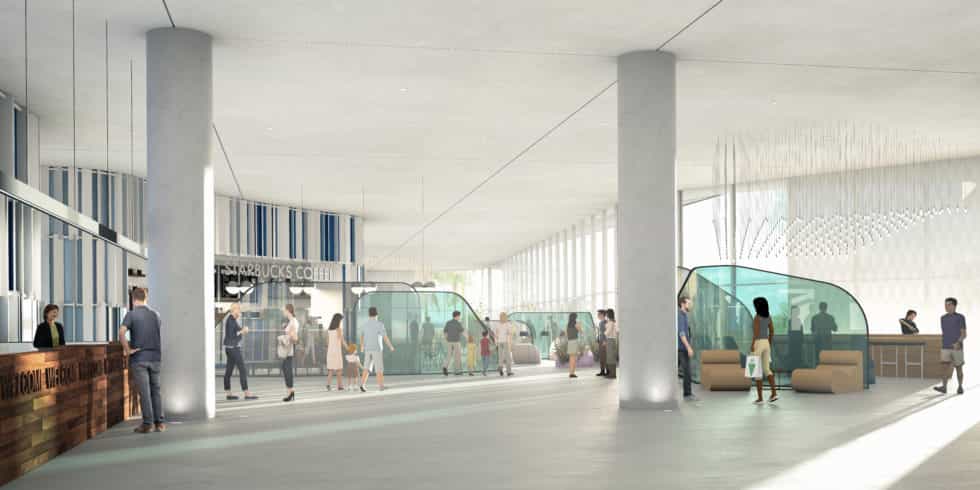 Aventura Hotel’s open, loft-inspired lobby will feature 18-foot windows that provide a view outside to the pool level. Hotel guests can dine at a modern food hall offering five fast-casual cuisine options in a marketplace setting just off the lobby, which also includes a lobby bar, gift shop, and car rental service.

The hotel will feature the destination’s first-ever rooftop bar and grill, where guests will enjoy small plates and craft cocktails while taking in panoramic views of Universal Orlando and the surrounding tropical landscape.

The new hotel’s recreational facilities will include a pool with a hot tub, kids’ splash pad area, bar, and fire pit; and a state-of-the-art fitness center.

Away from the energy of the hotel’s public spaces, the guest rooms are intended to evoke a “serene, modern environment” with natural colors such as sea blue and rose, and floor-to-ceiling windows offering views of the destination. 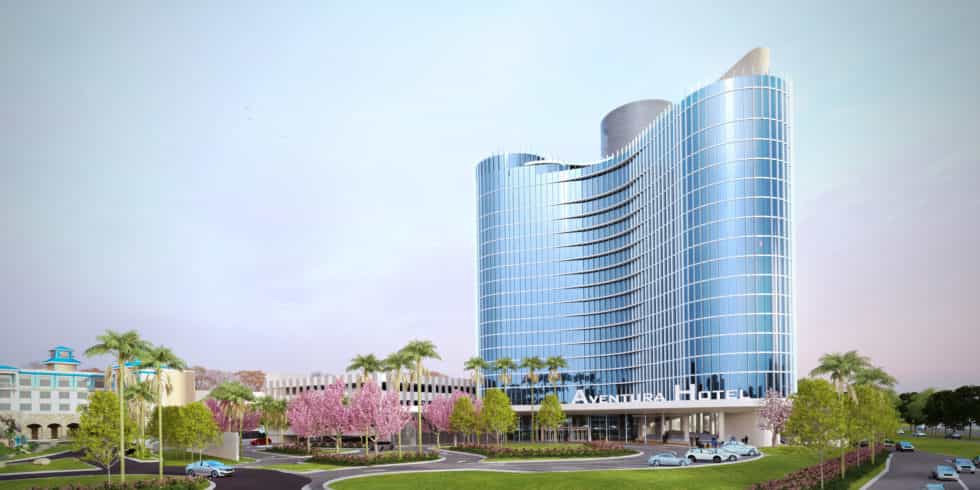 Reservations will be accepted in early 2017; information on pricing will be announced at a later date. In the meantime, take a tour of Sapphire Falls Resort, the newest hotel at Universal Orlando, with these videos:

Catch the spirit of ‘aloha’ at Universal Orlando’s...

Dracula Untold to sink its teeth into...