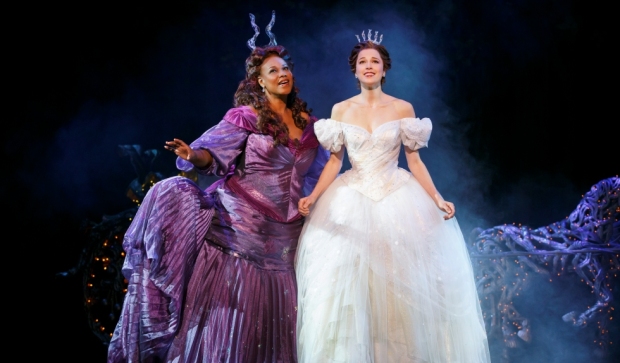 The Dr. Phillips Center for the Performing Arts in downtown Orlando has unveiled their lineup of shows for the 2015/2016 Broadway season.

The 2015/2016 season kicks off with Rodger’s + Hammerstein’s Cinderella, a new production that features a contemporary take on the classic tale. The season also includes the holiday favorite Dr. Seuss’ How The Grinch Stole Christmas! The Musical, a brand new production of the classic The Sound of Music and the six-time Tony Award-winning hit Kinky Boots. Rounding out the season at the Dr. Phillips Center is the worldwide phenomenon Dirty Dancing – The Classic Story on Stage, and the true story musical hit of Beautiful – The Carole King Musical.

Take a look at highlights from Rodger’s + Hammerstein’s Cinderella and Dr. Seuss’ How The Grinch Stole Christmas! The Musical below:

Season Ticket Packages are on sale now and can be purchased at OrlandoBroadway.com, by calling 800-448-6322, or in person at the Florida Theatrical Association Box Office located at 100 S. Eola Drive, Suite 101 in downtown Orlando.

Prices for the six-show Season Package start at $219, depending on performance time, day of week and seating location selected. Broadway in Orlando Season Subscribers enjoy a number of exclusive benefits, including:
• Access to the best seat locations for all six season shows before the general public
• The opportunity to purchase additional tickets for family and friends before they go on sale to the public
• Ticket exchange privileges and free lost ticket replacement
• Broadway Bon Appétit dining discount offers

Tickets to individual shows in the 2015/2016 season are not available for purchase at this time.

Be Our Guest restaurant now serving breakfast at Magic Kingdom