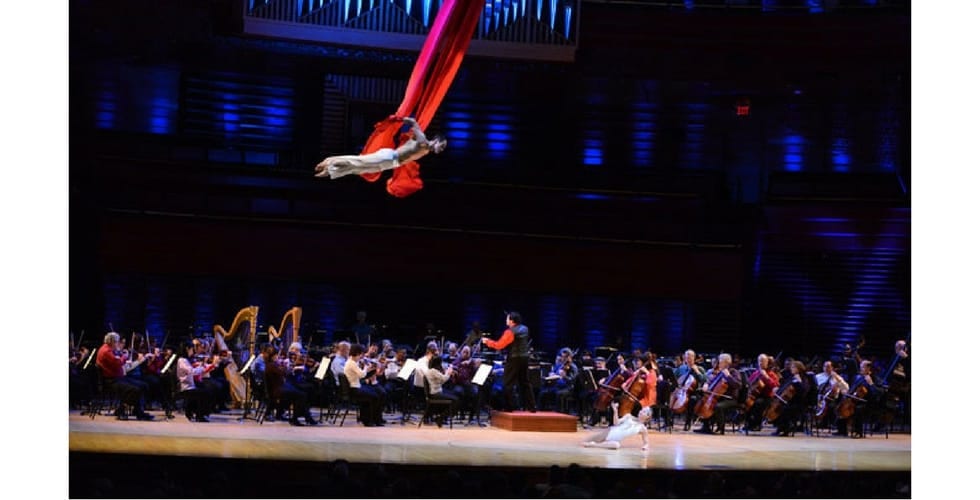 The show will feature music from blockbuster films including “Star Wars,” “Harry Potter,” “Gladiator,” “Mission: Impossible,” and more. Performers in this show include jugglers, acrobats and aerial flyers soaring high above the heads of the Orlando Philharmonic.

Cirque de la Symphonie will have two performances at the Bob Carr Theater in Orlando; one on Saturday, Feb. 3 at 2 p.m., and another performance at 8 p.m. that same day.

“Some of the most memorable moments in art happen when great music is combined with another performing art, such as dance, theater or film,” said Yaniv Segal, conductor for the performance. “Each art form serves to support and elevate the other; think of the combined power of the Imperial March from ‘Star Wars’ for example.”

Single tickets are available starting at $23. Seats are extremely limited, and tickets can be purchased online, over the phone at (407) 770-0071, or by visiting the Box Office located at The Plaza Live.

Solve the clues to Mindbender Mansion at Orlando Science Center