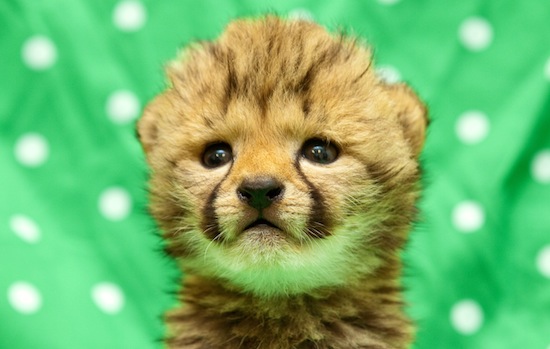 Even dog lovers will adore this four-week-old baby cheetah that recently moved to Busch Gardens in Tampa. But for now, this cheetah is only on the hunt for milk and playtime.

Here’s a video of the cub with Busch Gardens animal experts: 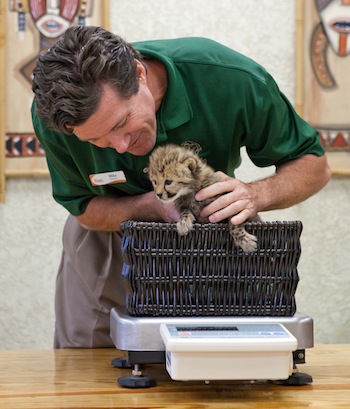 The new cub was born at the Jacksonville Zoo and Gardens to a mother who wasn’t able to care for him. When zoo keepers saw that the baby was not eating and having trouble gaining weight, they made the decision to hand-raise him. Now, at a little more than two pounds, the cub is eating well, getting stronger and eagerly exploring his new home. He requires regular feedings and 24-hour care.

Once he is old enough, he will join the group of cheetahs living in Cheetah Run, the new habitat opening alongside the Cheetah Hunt launch coaster that will bring guests face to face with these agile predators. Upon reaching maturity, he may also become an important part of Busch Gardens’ plans for a cheetah breeding program that will help boost the population of these critically endangered animals.

Cheetahs are regulated by the Species Survival Plan (SSP), which tracks a species’ genetic lines in zoos and animal parks around the world and makes recommendations as to where specific animals should be placed for successful breeding opportunities. It was on the SSP and Jacksonville Zoo’s advice that the new baby was brought to Busch Gardens.

Cheetahs are included on both the International Union for Conservation of Nature (IUCN) list of vulnerable species as well as on the U.S. Endangered Species Act list of threatened species. Only approximately 12,400 cheetahs remain in the wild. 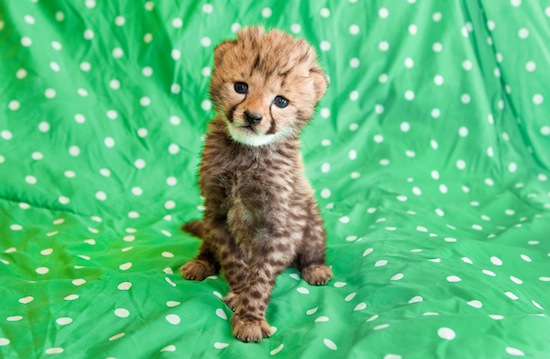 Orlando Informer: Where are the closest grocery stores and malls to the theme parks?