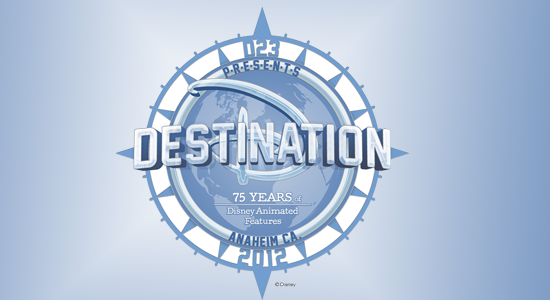 The event will showcase films dating back to Snow White and the Seven Dwarfs to the upcoming Wreck-It Ralph. Renowned historians, authors and animators of today will host this trip through the artistry and imagination of Disney animated features, each day ending with an nighttime concert featuring two Disney Legends.

More screenings, presentations, and panels will be announced in the coming weeks.

The event will take place at the Disneyland Hotel in Anaheim, Calif. Tickets will be available starting at 10 a.m. Wednesday, April 18 and are $225 each, available exclusively to D23 Members and their guests. Limited “Diamond Level” tickets will also be available featuring VIP seating, a third day of experiences on Aug. 13 at the Walt Disney Animation Studios, special gifts and more.

For more information about the event and tickets click here.