D23 Expo 2017 to be jam-packed with Disney Channel, Disney XD and Disney Junior events for fans 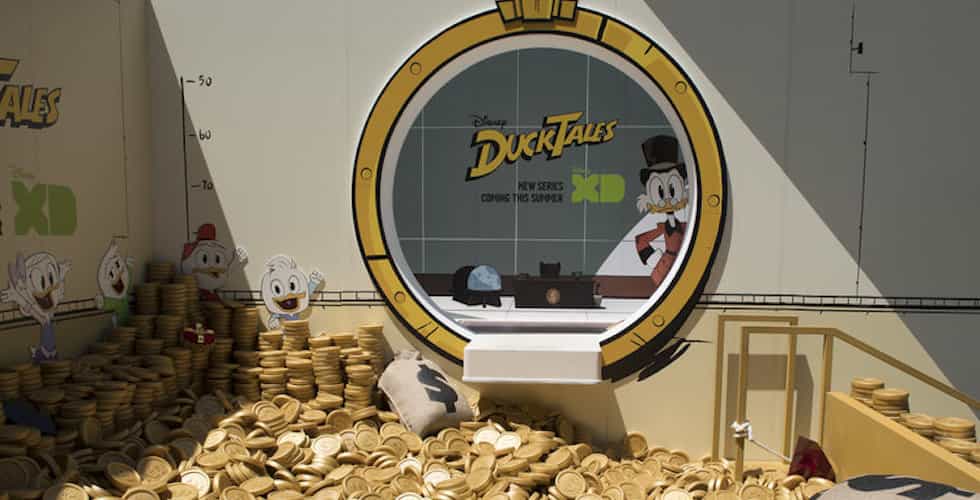 Fans of Disney Channel, Disney XD and Disney Junior will be able to take part in unique experiences at this year’s D23 Expo.

Disney Channel, Disney XD and Disney Junior are going to take D23 Expo 2017 by storm with one-of-a-kind experiences for fans during the event, which will be held from Friday, July 14 through Sunday, July 16 at the Anaheim Convention Center in Anaheim, Calif.

The line-up for these experiences includes Q&A panels featuring the voice casts of Disney Channel’s “Tangled: The Series,” as well as the highly anticipated Disney XD reboot series, “DuckTales.” There will also be a special appearance from the director and cast of the upcoming Disney Channel Original Movie “Descendants 2.”

One highly anticipated fan experience will be the one-and-only Scrooge McDuck’s Money Bin, which will give fans the once-in-a-lifetime opportunity to swim in over 30,000 plastic gold coins, and walk away with a professional 180-degree video to share with friends. The new series “DuckTales” will premiere this summer on Disney XD, celebrating the 30th anniversary of the Emmy Award-winning original series.

The cast of “Descendants 2” are set to take the stage on Friday, July 14, and will include appearances from Dove Cameron, Sofia Carson, Booboo Stewart and Cameron Boyce, as well as director Kenny Ortega.

On Sunday, July 16, the cast and creative team of “Tangled: The Series” will hold a Q&A panel to share some of the stories on how they brought the tale new life. Mandy Moore and Zachary Levi will appear, as well as Broadway stars Jeremy Jordan and Eden Espinosa. Executive producer Chris Sonnenburg and co-executive producer Ben Balistreri will also appear at the panel, taking place from 10:30 to 11:30 a.m.

Fans of Disney Junior’s “Doc McStuffins” will also join in on the fun, as guests will be able to visit McStuffins Toy Hospital Nursery, which will be located on the Expo Show Floor during the entire weekend event. Younger expo guests can give checkups to toy babies, as well as be the first to play the new “Doc McStuffins Baby” app game, set to release this summer.

This experience is part of “Doc McStuffins: The Exhibit,” which is a traveling museum display designed to showcase “care and compassion” to children ages 2 to 7 through immersive activities that encourage the importance of personal health.

Dole counts down to Halloween with ‘Monsters,...