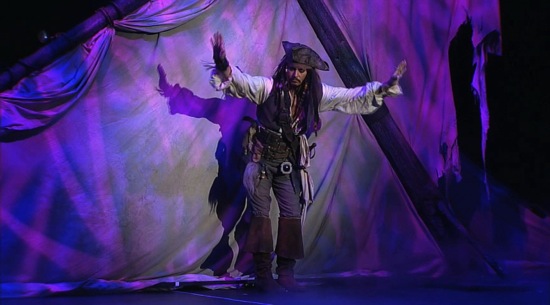 D23 Expo: Walt Disney Studios announces Pirates of the Caribbean – On Stranger Tides due out in 2011

PLEASE tell me they let you take photos!!!!

So basically D23 can be explained this way; Spend $75 to join the club and earn the right to spend money on things you can’t buy unless you join; Then pay an admission price to the D23 Expo where you will be treated to announcements and trailers on all the upcoming stuff you can spend more money on….what a deal….I didn’t join D23 and got all the same news and announcements for free. So what if I didn’t get the self affirming privilege of being there to see Johnny Depp in costume so I can brag to the non-attendees. I think I’ll survive.