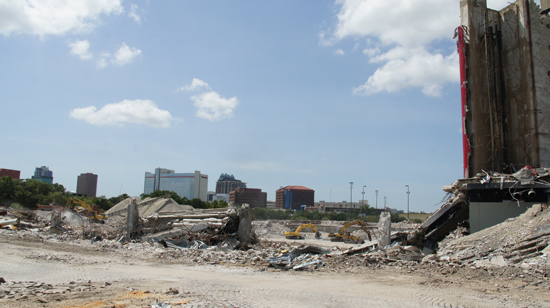 Not much remains of the former Amway Arena in downtown Orlando. The site is being prepared for development of Creative Village Orlando, adjacent the University of Central Florida’s Center for Emerging Media. 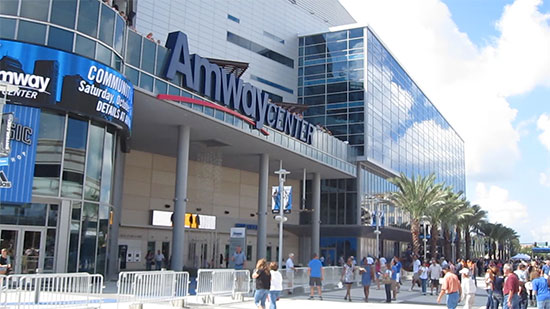 The Amway Arena was replaced in October 2010 by the Amway Center. See our coverage of the grand opening here. 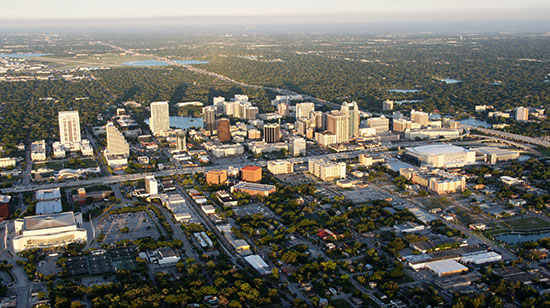 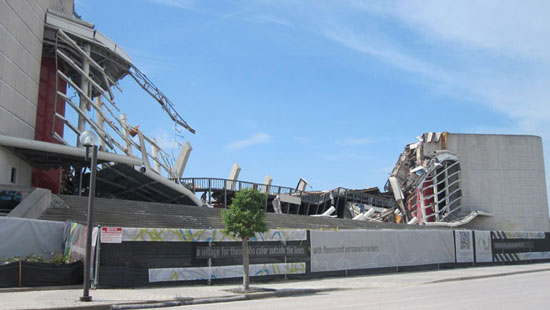 The Arena was imploded in late March, leaving the the four corners to be demolished separately. 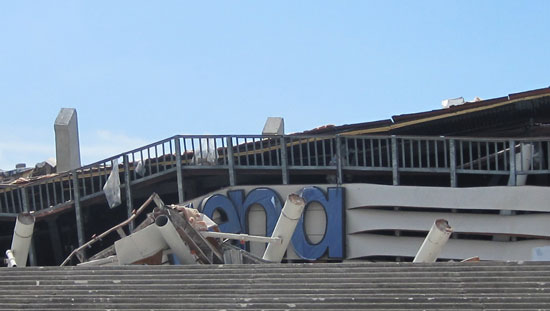 This side housed the ticket office at street level. The above photos is from late March. Photo below is the same side of the building in mid-May. 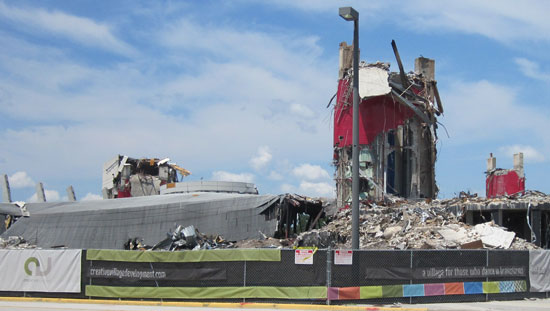 In May, most of the debris on the perimeter had been removed, leaving a clear view of the collapsed roof. Note the circular ring on the top of the roof. 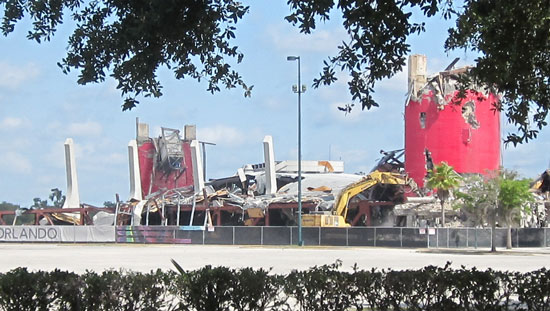 Also visible in May were the ribs that supported seating. 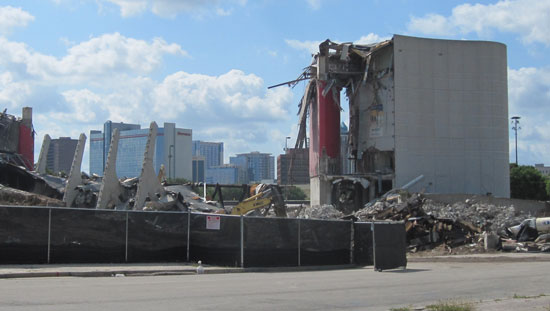 It mid-May, this corner was mostly intact. 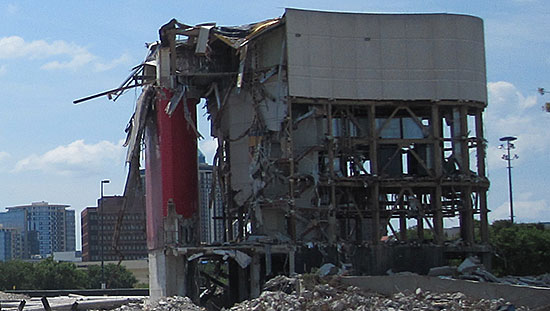 Two weeks later, the structural steel portion of the corner was being dismantled. 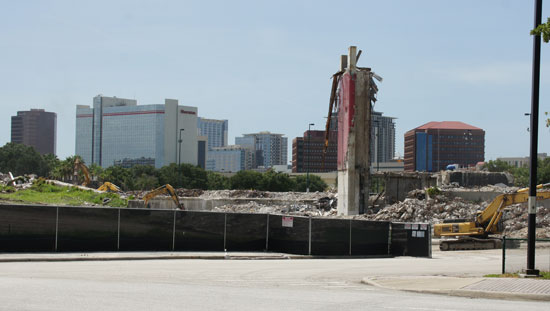 In July, only the solid concrete support remains. Note that construction vehicle at right is on the ramp road that went down into the lower bowl of the Arena.

A wider view of the site in July. 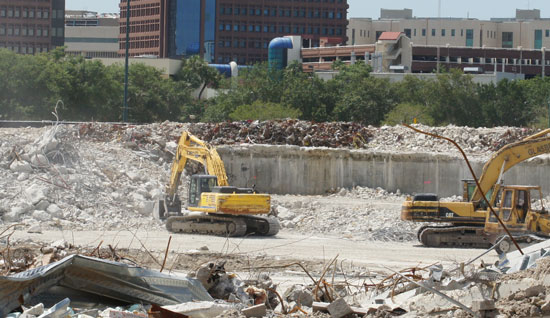 This sunken area was the lower bowl of the Arena. 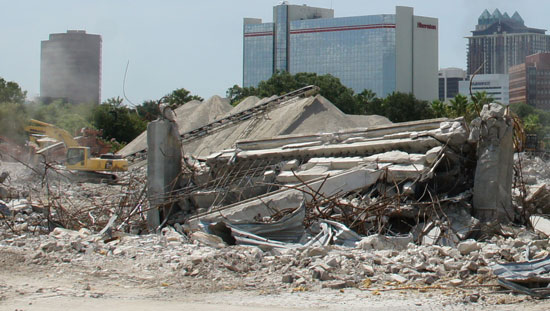 Steel and other materials are being extracted for recycling.

In the background is pile of pulverized concrete, also extracted from the site. This concrete gravel will be used to fill in the lower bowl. The site surface will be level when the demolition is complete.

The Creative Village is a multi-year project. As buildings are added, concrete concrete gravel will be excavated to form basements.

One last look at the steady process of the demolition. Above view from March, next two views are from May and July. 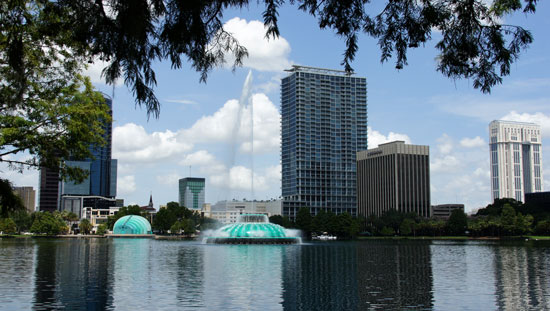 Although downtown Orlando is always changing, some things remain constant. Like the recently refurbished Lake Eola fountain. Views like these are why Orlando is “The City Beautiful”.

Demolition at Epcot: Years of magic in the...

‘The Music of Disney on Broadway’ is coming...

Actress Ashley Eckstein to be grand marshal for...

A look at the demolition of the Sorcerer’s...