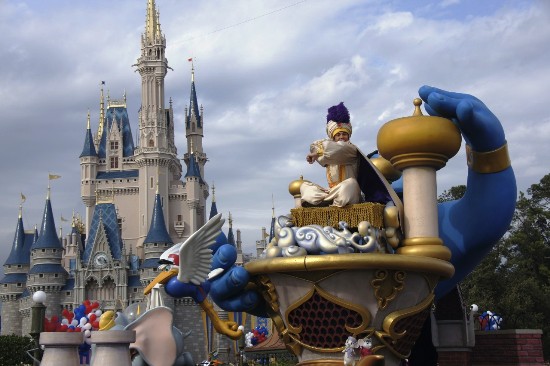 The event will be held on May 14 and 15 and will take attendees on “a journey from the moment when the first parcels of land in Central Florida were purchased in 1964, through the opening of Epcot Center in 1982 and beyond.”

Tickets will go on sale at 1 p.m. on Thursday, Feb. 24 and may be purchased at the D23 Destination D site here. Activities will include a look at the history of Walt Disney’s “Project Florida,” as well as screenings of rare film and TV footage, and presentations. All Destination D guests will receive “a complimentary, limited-edition reproduction of the 1970 ‘Preview Edition’ of the Walt Disney World souvenir guidebook from the Walt Disney Archives Collection,” as well as other gifts and souvenirs.

That same week, on May 12 and 13, guests may also register for D23’S Great Disney Scavenger Hunt, which will take hundreds of teams on a scavenger hunt through all four Disney parks, and is also open to the general public, in addition to D23 members. Registration for the Hunt is separate from Destination D.

Destination D tickets are $175 per person, and $215 for ticket plus registration for one Hunt team (between 2 and 4 people). For more details, visit the D23 website.

Anakeesta in Gatlinburg is about to get...