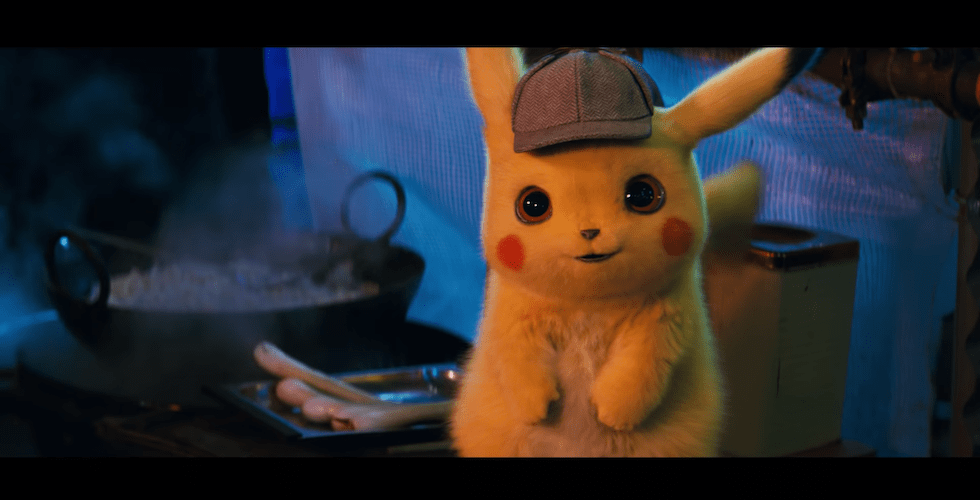 What do you think of this take on the iconic Pokémon?

In the film based upon the Nintendo 3DS game of the same name, Ryan Reynolds (“Deadpool”) plays the outspoken, hard-boiled detective Pokémon, who sets out to help Tim Goodman (Justice Smith, “Jurassic World: Fallen Kingdom”) on the case to find his missing father.

Realizing that they can mysteriously communicate with each other, the pair set out to investigate the streets of Ryme City – a sprawling metropolis where Pokémon and humans live side-by-side. Along the way, they’ll discover a unique cast of characters and unearth a plot that could destroy the city’s peaceful co-existence and threaten the entire Pokémon universe.

Check out the trailer for “Detective Pikachu” below:

You can catch “Detective Pikachu” when it sleuths its way into theaters on May 10, 2019. To learn more about this new Pokémon film, head to DetectivePikachuMovie.com.

Johnny Depp steps down from role in...