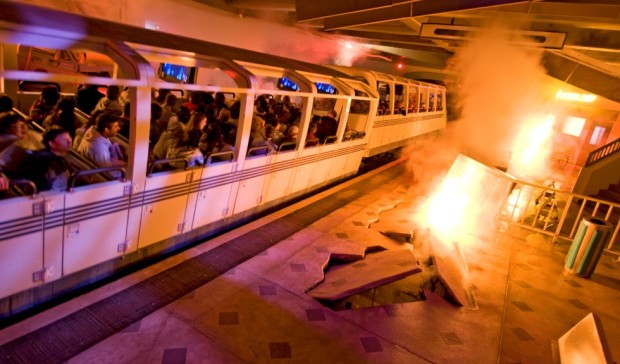 Though it had two incarnations over its life, one of Universal Studios Florida’s opening day attractions has closed its doors for good.

First known as Earthquake: The Big One, the attraction opened on June 7, 1990, the opening day for Universal Studios Florida. Located in the San Francisco area of the park, Earthquake took guests behind the scenes of the making of the film Earthquake, narrated by the film’s star Charlton Heston. Guests would also be picked to help reenact scenes from the film, including an escalator in a mall and a falling stunt in a stairwell. Afterwards guests would board a subway train and embark into the main ride potion, which simulated an 8.3 magnitude earthquake in a subway station.

In 2002, elements in the preshow rooms were changed to add looks at the making of films like E.T. The Extra-Terrestrial, How the Grinch Stole Christmas and U571. The escalator scene in the volunteer portion was changed to a scene from U571. The ride remained the same as the original.

On Nov. 5, 2007, Earthquake closed for good to be updated into Disaster, which would open just a couple of months later on Jan. 17, 2008. A brand new storyline was created as guests enter Disaster Studios to see where blockbuster disaster films are made. Like the previous version, volunteers are picked to help film shots in a soundstage area. Guests also encounter the Founder/CEO of Disaster Studios Frank Kincaid, played by Christopher Walken, through a musion effect that at the time had never been done before in an attraction, bringing Kincaid to life on stage.

The ride itself remained somewhat the same as the Earthquake version, with a few lighting differences and monitors on the vehicle with a character named Mikey directing guests on how to react. Scenes that the volunteers would help film for the disaster film Mutha Nature would show up in a trailer for the film at the end of the ride, featuring the film’s star, Dwayne “The Rock” Johnson.

In August 2015 Universal announced that Disaster would close for good to make way for Fast & Furious: Supercharged, opening in 2017. The final ride on Disaster for guests took place on Sept. 7, 2015. See some highlights from that final ride in our video below:

Below get a detailed look inside Disaster Studios from the queue to the exit, all shot with permission, including a multi-angle edit of the ride portion:

Finally, head back to 2008 and see the grand opening ceremony for Disaster, featuring an appearance by Dwayne “The Rock” Johnson: 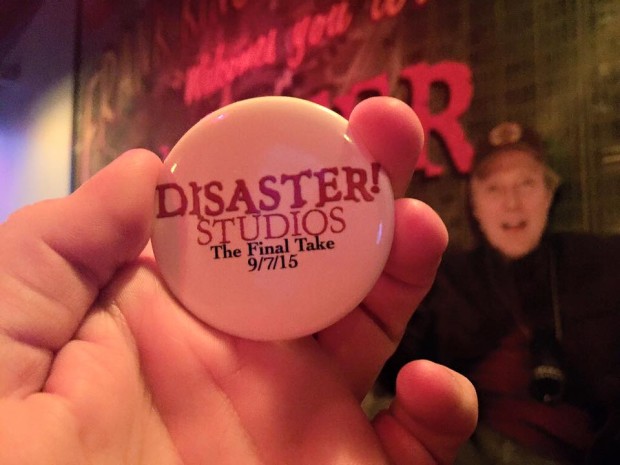