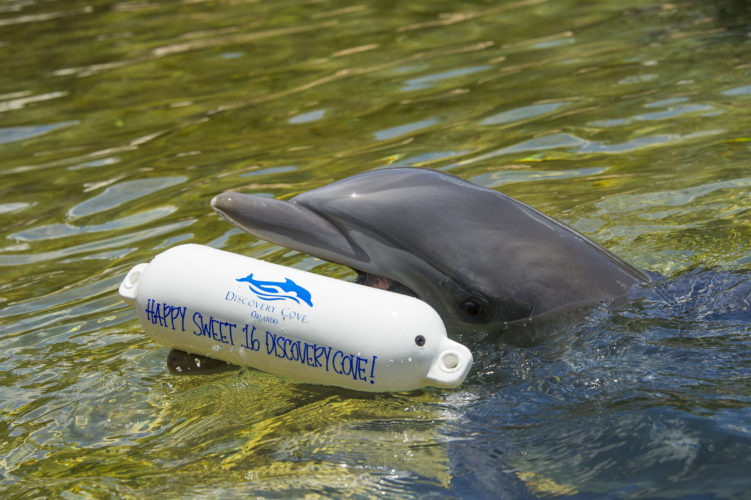 The Discovery Cove Sweet 16 Sweepstakes is open for entries now through August 14.

Discovery Cove is celebrating a big milestone but you could be the one receiving the gifts, thanks to the Discovery Cove Sweet 16 sweepstakes, which open for entries now through August 14.

To celebrate its own “Sweet 16” birthday, Discovery Cove has launched a national sweepstakes promotion at DiscoveryCove.com/Sweet16. One winner and 15 friends will win a trip to Discovery Cove, including roundtrip airfare, two nights’ hotel accommodations, transportation and a VIP guest package.

During their stay at Discovery Cove, all 16 guests will have the opportunity to swim with bottlenose dolphins, snorkel among thousands of tropical fish and rays, play in a fresh-water river and hand-feed exotic birds in an on-site aviary. The group will have exclusive use of two private cabanas with hammocks, lounge chairs and a well-stocked fridge, as well as complimentary meals, snacks, wetsuits, snorkel gear, towels, lockers and sunscreen. The package also includes tickets to SeaWorld and Aquatica, SeaWorld’s Waterpark.

Entry in the sweepstakes is online at DiscoveryCove.com/Sweet16; entrants must be 18 years old and may enter once a day July 1 through August 14, 2016. A winner will be announced on August 15, 2016 via email.

If you want to preview Discovery Cove, relive our 2015 rainy day visit to the park with this stingray POV video:

Stingray POV in the Grand Reef at Discovery Cove