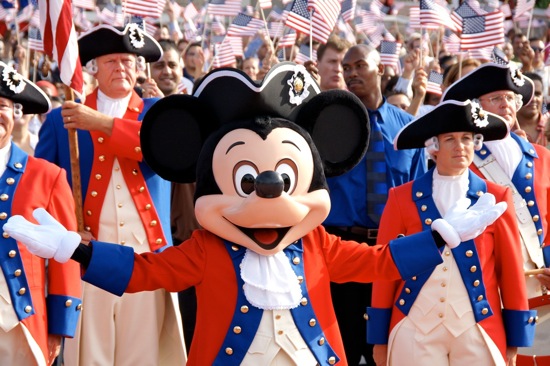 Disney will provide at least 1,000 jobs and career opportunities for returning U.S. veterans over the next three years. They will also be supporting military families and veterans during their transition into civilian life, and launch a national public awareness campaign to encourage all employers across the U.S. to hire veterans.

The Heroes Work Here initiative includes all segments of The Walt Disney Company including ESPN, the Disney-ABC Television Group, Disney Consumer Products, The Walt Disney Studios, and Disney Parks and Resorts. The company will be hosting career fairs and participating in events designed to showcase opportunities for returning military personnel.

Veterans get free admission to SeaWorld during Military...

It sickens me that Disney would use our military to try to portray itself as a patriotic American company. It sure used to be, but now it is nothing but a greedy company who doesn’t follow the USSRA laws, and more often that not, mistreats reservists. My family has been treated like dirt. Both my husband and I are former disney cast members. My husband a 28 year cast member and 21 year army vet was dropped by disney after trying to make him interview for a job he already had, terminating him after being away for less than 10 days, and filing paperwork that he did not sign or authorize. He is not alone. Disney is NOT a military friendly company.