Disney Cruise Line to sail to Bermuda for the first time, visit new ports in Canada in fall 2018 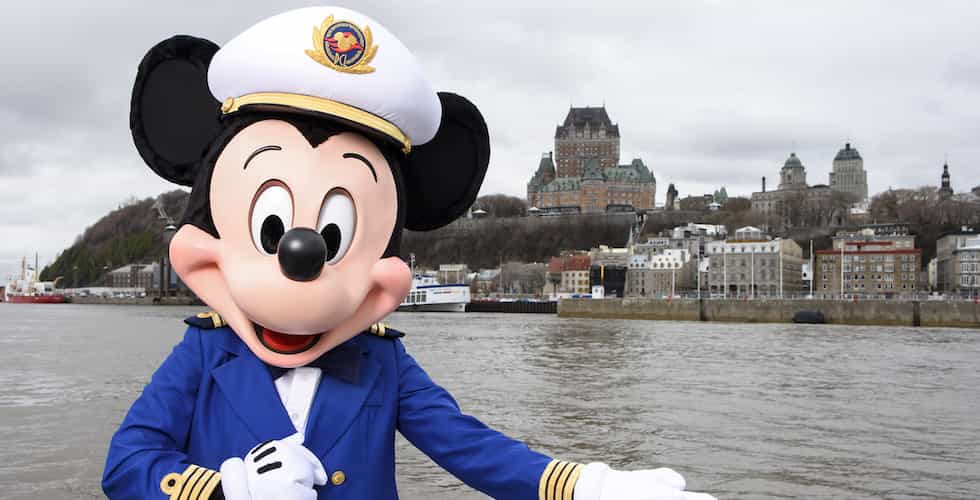 Disney Cruise Line will set sail to Bermuda and Quebec City, Canada for this first time in fall 2018.

Guests will also be able to sail out of California, Florida and Texas at the end of the fall 2018 season.

For the first time ever, guests of the Disney Cruise Line will be able to sail to the island of Bermuda. Each five-night adventure includes two days on the island, while six-night expeditions include a third night on the island.

Bermuda offers much to do for guests, including its famous pink sand beaches, shopping, as well as a chance to take in the unique Caribbean and British culture. These cruises will set sail on the Disney Magic from New York in October 2018.

Quebec City will be a new destination as well, and will be featured on two sailing itineraries between New York and Quebec City. Both cruises include two days in Quebec City, as well as stops at other Canadian ports, Baie-Comeau and Saguenay.

Fall 2018 departures from New York will also include three seven-night trips to Walt Disney World, which includes a stop at Port Canaveral, Fla. and a day at Disney’s Castaway Cay. Guests on these voyages will receive a one-day Walt Disney World Park Hopper ticket as well as round-trip transportation between port and the Disney parks.

Cruises sailing from California, Florida and Texas will also be back in fall 2018. In September and October 2018, the Disney Wonder will sail from San Diego to the Mexican Riviera and Baja. Trips to the Mexican Riviera include snorkeling and scuba diving in Mazatlán, Puerto Vallarta and Cabo San Lucas. Baja will also include trips to visit Cabo San Lucas and Ensenada, Mexico.

In November and December 2018, the Disney Wonder will set out from Galveston, Texas to a variety of Bahamian and Caribbean stops. The Bahamian itineraries will include a stop at Castaway Cay.

In December 2018, the Disney Magic will depart from Miami to the Bahamas and the Western Caribbean, with stops at Castaway Cay and Key West. The Disney Dream and Disney Fantasy will also continue to set sail to a multitude of Caribbean and Bahamian stops from Port Canaveral, Fla., and include a day at Castaway Cay as well.

For more information on Disney Cruise Line or to book your own voyage, visit disneycruise.com.