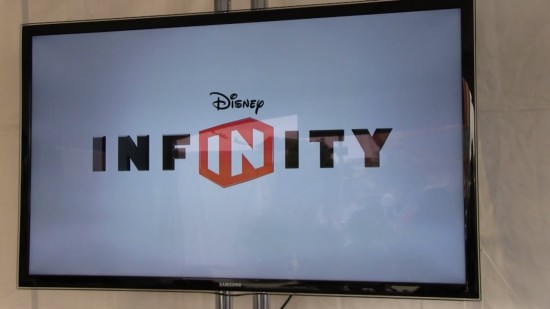 On Sunday, Aug. 11, video game fans won’t want to miss “To Infinity and Beyond: Disney Interactive Takes the Stage,” Disney Interactive’s first ever D23 Expo Arena Presentation. Kicking off at noon, Disney Interactive Co-Presidents, Jimmy Pitaro and John Pleasants, host an inside look at the division’s upcoming slate of games, apps, and online shows including:

· The world premiere of Blank: A Vinylmation Love Story, the upcoming web series based on the Vinylmation franchise.
· An Expo-exclusive demo of the just-announced video game Fantasia: Music Evolved, complete with a live performance from the Disney Chamber Ensemble.
· Disney Infinity will pull out all the stops with several surprises fans won’t want to miss, including un-announced character reveals, brand new game features and an exclusive giveaway of a never-before-seen Disney Infinity figure for every fan in the audience.

· Just days before Disney Infinity arrives in stores, attendees will be among the first to experience the new gaming platform that lets fans play in the worlds of their favorite Disney and Disney-Pixar films.
· Fans can assume the role of the Sorcerer’s Apprentice in the upcoming game Fantasia: Music Evolved and transform classic and contemporary music through motion-controlled movement.
· Guests can join the “D23 Expo Story Scavenger Hunt” by using Disney’s new personal storytelling app, Story, to share their favorite memories and moments from this year’s expo to win great prizes throughout the weekend.
· Attendees will have the chance to demo an un-announced premium tablet experience which gives guests unprecedented access to Disney’s rich heritage.
· Catch exclusive trailers and sneak peeks from the latest online shows like Blank: A Vinylmation Love Story, apps, and games at the Disney Interactive Main Stage.

Learn how to win carnival games with Winner...

Jeff Corwin shares ‘Tales from the Field’ at...