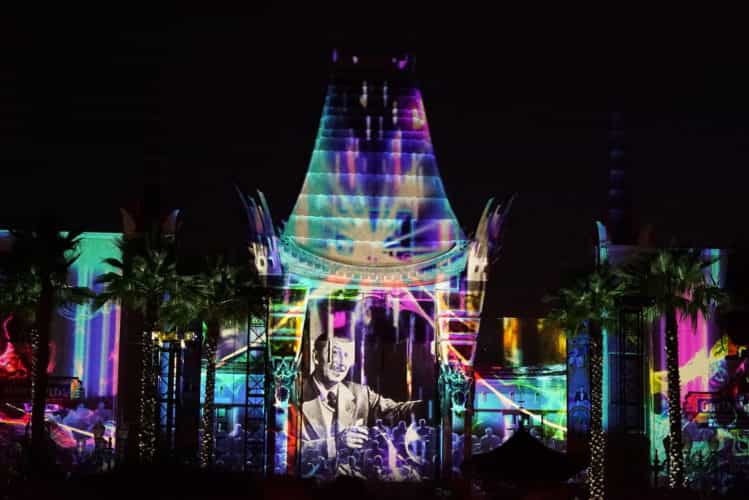 Disney surprised guests at Hollywood Studios this evening with the debut of a brand new projection show, “Disney Movie Magic.”

This new 10-minute projection show precedes the “Star Wars: A Galactic Spectacular” nighttime show, and celebrates many of Disney’s live-action films and franchises, including “Indiana Jones,”  “Pirates of the Caribbean” and “Guardians of the Galaxy.” The show also includes a special moment featuring Walt Disney.

Both this show and the Star Wars nighttime show will be shown nightly. No end date has been set for either.

Check out our video of the new nighttime show below:

Attractions Adventures – ‘A Final Night at Tokyo Disneyland/Journey Home’ – May 26, 2017

Orange Bird will sweeten things up with...