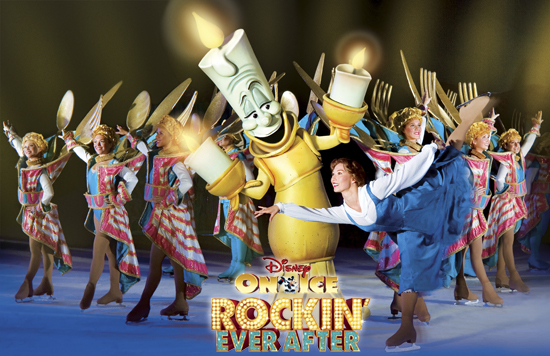 Disney On Ice will present its newest show, Rockin’ Ever After, featuring Ariel, Rapunzel, Belle and even Merida. It will all take place at the Amway Center in Orlando this September with tickets now on sale. 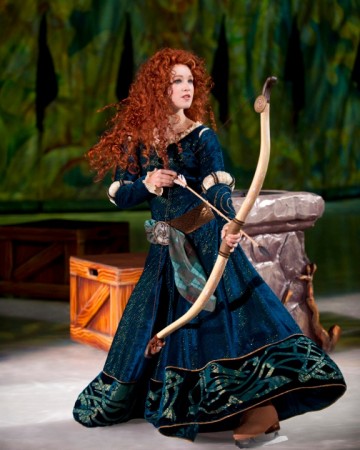 In a new twist on fairytale fun, favorite Disney characters compete to be the next superstar featuring Ariel, Rapunzel, Belle, and Merida from Disney and Pixar’s Brave in her ice show debut. Mickey and Minnie join together with Sebastian and the Daughters of Triton from The Little Mermaid, the rowdy pub thugs from Tangled and the spunky enchanted servants from Beauty and the Beast. The journey continues to the Scottish highlands where Merida joins in on an archery contest.

“The most exciting part of bringing a fearless and independent character like Merida to the ice for the first time is knowing that she has a powerful and inspiring message to deliver about finding the courage to determine one’s own fate,” says Producer Nicole Feld. “We think her story translates well to the ice and will really resonate with today’s audience.”

Tickets are available at www.DisneyOnIce.com or www.ticketmaster.com, at any Ticketmaster outlet, by calling 800-745-3000, or at the Amway Center box office.

Out of the Loop: Hong Kong Disneyland debuts Grizzly Gulch

Disney Princesses get royally reimagined with a modern...

Vote on which former Howl-O-Scream icon will...