With The Walt Disney Company’s acquisition of 21st Century Fox now complete, many fans are wondering if any of the princess characters acquired by Fox will join the ranks of the 12 official Disney Princesses. 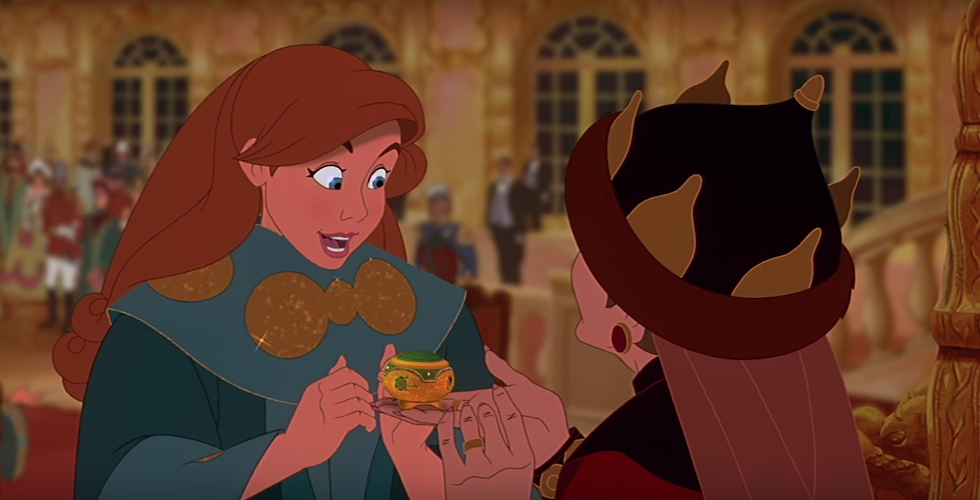 Does the Fox acquisition make Anastasia an official Disney Princess?

It would be easy to say, “Yes! Every Fox princess is now a Disney Princess!” – but there’s more to joining the royal ranks than you think.

Currently, there are 12 princesses that make up the official Disney Princess lineup:

Anna, Queen Elsa, and Princess Elena of Avalor are royalty in their films and television show, respectively, but are currently not included in the official Disney Princess lineup.

Occasionally, when princesses are added to the lineup, the event is celebrated with a coronation ceremony to induct them into the Disney Princess Royal Court. Tiana was the first princess to receive this honor in New York City, followed by Rapunzel in London, and Merida at Walt Disney World. Moana has yet to have a coronation ceremony.

A few of 21st Century Fox’s royals have been confused for Disney Princesses in the past, namely Anastasia, whose 1997 animated film was directed by Don Bluth – who was formerly a chief Disney animator before leaving to start his own studio. Other “princesses” worth noting are Neytiri from James Cameron’s “Avatar,” and, per many memes on social media, the queen Xenomorph from the “Alien” films.

But what does this mean for these princesses, who now are residing in Disney’s intellectual property castle? Simply this: while Disney now owns the rights to these new princesses, until they are officially added to the lineup, they are not Disney Princesses.

You can learn more about The Walt Disney Company’s acquisition of 21st Century Fox and its properties here. Check out our videos of special Disney Princess ceremonies, including coronations, below:

Whoever wrote this didn’t do their research. There are only 11 official Disney Princesses and Moana isn’t one of them.

We contacted Disney for this story and they told us Moana is an official princess. It will be reflected on their website in their next update.

You didn’t read the whole article

They should make Anna and Elsa official Disney princesses

Anna & Elsa are Queens not Princess.

That’s funny they should have a animal “Disney Princess” List.

Princess elena should be crowned a disney princess.

I was wondering if she should be on the list. She kinda new to the family maybe it’s not official yet.