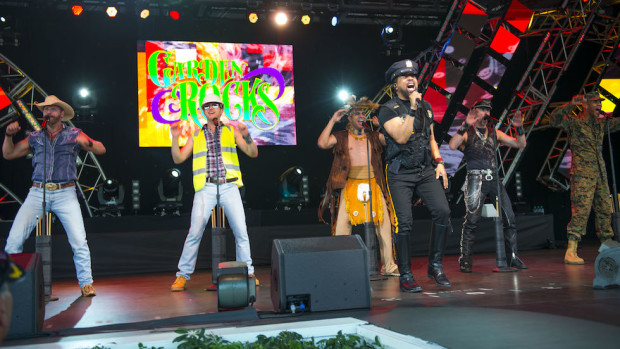 This year’s festival expands from 75 to 90 days, adding two additional concert series weekends to the lineup and extending the final weekend of performances to Memorial Day.

Guests can dance in their seats each festival weekend to classic tunes at the park’s America Gardens Theatre. A mix of Flower & Garden Festival fan favorites includes the Village People, who debuted at the festival in 2013. With a nod to the 1960s, Herman’s Hermits starring Peter Noone will rock the house April 1-3. On Memorial Day, The Spinners will close the 90-day festival on a high note, extending their weekend performance to Monday.

Performances are at America Gardens Theatre at 5:30, 6:45 and 8 p.m. every Friday, Saturday and Sunday of the Epcot International Flower & Garden Festival and are included with Epcot admission.

For more information about the 23rd Epcot International Flower & Garden Festival, call 407-934-7639. As the festival nears, more details will be available at EpcotInSpring.com.

Pirate and Princess Weekends kick off at...