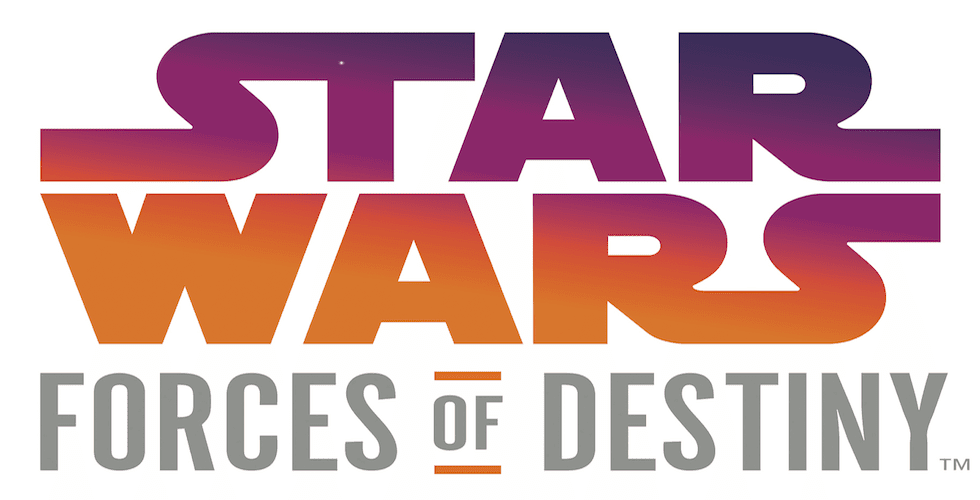 Lucasfilm and Disney have announced a brand new micro-series of animated shorts, titled “Star Wars Forces of Destiny.” This new creative venture will celebrate the stories of heroes in the “Star Wars” universe.

There will be book releases to tie in with the series, as well as a television special to be released later this year. A toy line from Hasbro will also be released, called “Adventure Figures,” which are a combination of traditional dolls and action figures – giving kids a new way to play. 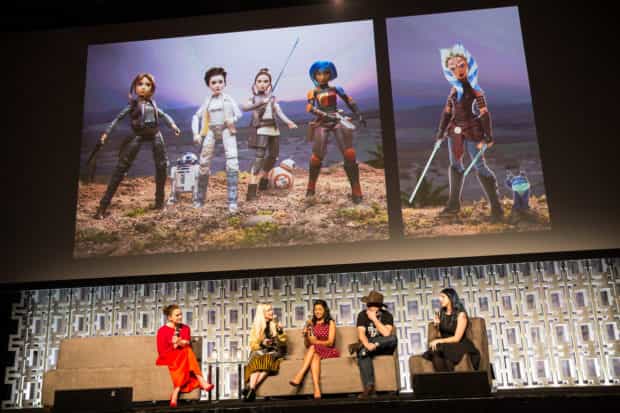 Fans who attended the “Heroines of Star Wars” panel at Star Wars Celebration Orlando were able to get a first look at the “Adventure Figures.”

Each 11-inch tall “Adventure Figure” will feature dynamic action like most action figures, but also outfits to change in and out of, as well as accessories like blasters and lightsabers. Currently, the line of figures include heroes like Rey, Princess Leia, and Jyn Erso; sidekicks and villains like BB-8 and Kylo Ren; as well as line of role play toys and accessories for the figures.

“From Princess Leia to Sabine Wren, Star Wars heroines are unique, and we wanted to represent that in the product line for Star Wars Forces of Destiny,” said Jimmy Pitaro, Chairman of Disney Consumer Products and Interactive Media. “The result is the creation of our new ‘Adventure Figures’ that celebrate the power and stories of these incredible characters and allow kids to recreate their most heroic moments at home.”

The micro-series will be developed by Lucasfilm Animation, and will stay true to “Star Wars” canon, tying in all choices made in the series to the characters’ ultimate destinies. The series will be available to watch on Disney’s YouTube channel this July, and a two-part television special featuring eight shorts will air on Disney Channel this fall.

“’Star Wars Forces of Destiny’ is for anyone who has been inspired by Leia’s heroism, Rey’s courage, or Ahsoka’s tenacity,” said Kathleen Kennedy, President of Lucasfilm. “We’re thrilled that so many of the original actors are reprising their roles in these shorts which capture the small moments and everyday decisions that shape who these characters are. It is a fun new way for people to experience Star Wars.”

Fans who attended Star Wars Celebration Orlando got to see a sneak peek of “Star Wars Forces of Destiny” during the “Heroines of Star Wars” panel on April 14. The panel featured the women who play our favorite heroines in the “Star Wars” universe, along with surprise guests. The “Adventure Figures” are also on display at the Hasbro booth #2744 at Star Wars Celebration Orlando through the end of the gathering on April 16.

For more information on “Star Wars Forces of Destiny,” visit StarWars.com. Check out the preview video for the new micro-series below.