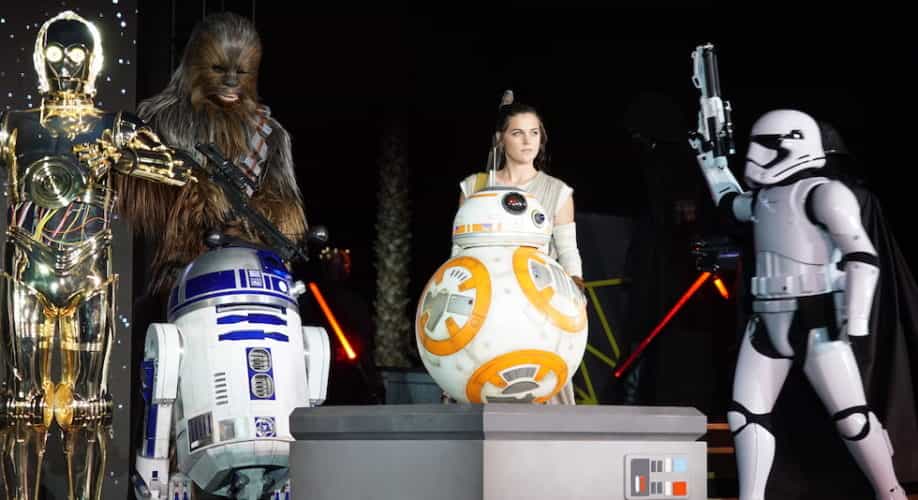 Walt Disney World debuted a new special ticketed event on April 14 called Star Wars: Galactic Nights, and we have video recaps for those who missed the first one.

Unlike Star Wars Weekends, which was an all-day event included with park admission, Star Wars: Galactic Nights took place from 7 p.m. until midnight and required a special ticket. Disney has said they’ll hold future Galactic Nights, but no dates have been set. Take a look at our recap video of the event below.

Two of the park’s usual daytime Star Wars shows received surprise additions for the night. At Jedi Training: Trials of the Temple, the Seventh Sister appeared for the first time without her mask on, taunting the young Padawans. In the A Galaxy Far, Far Away show, Rey made her Disney Parks debut during the finale with BB-8 and the rest of the show’s characters.

On top of the usual daytime March of the First Order, a new Imperial March took place featuring several Stormtroopers and Darth Vader.

Rock ‘n’ Roller Coaster was also transformed into a Star Wars Edition for the event, featuring a special soundtrack and star-field visuals throughout the ride.

In addition to all of the above, guests at Galactic Nights were able to experience unique photo-ops around the park, see several character appearances including BB-8 and the Death Troopers, collect stickers to add to their credential that displayed a special message before the fireworks, and get some specialty-themed food and beverage just for the event. (See the recap video at the top.)

2013 Hyperspace Hoopla, Dance-Off with the Star...