Disney’s annual holiday television specials will be filming once again throughout Walt Disney World next month, airing on ABC and Disney Channel in November and December. 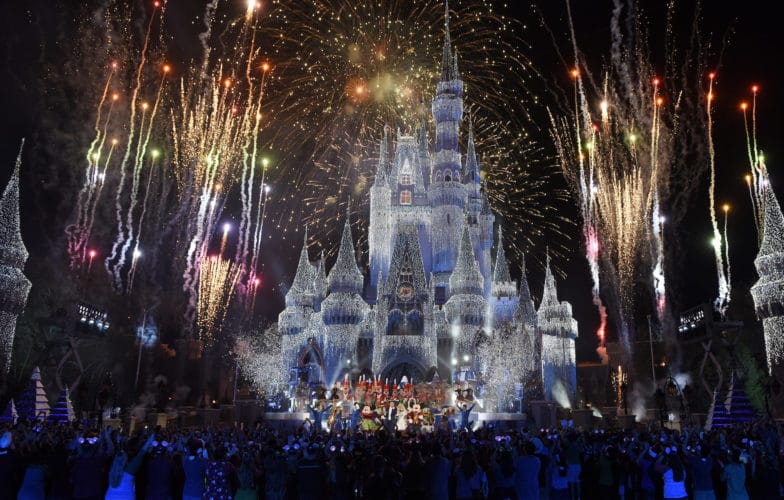 Colorful fanfare and holiday lights envelop Cinderella Castle on Nov. 5, 2017 during a taping for “The Wonderful World of Disney: Magical Holiday Celebration.”

From Nov. 7 to 11, 2018, Disney will be filming portions of the holiday specials all around the Walt Disney World Resort. Like previous years, the parade portion will be taped at Disneyland in California. There’s no word yet when that will take place.

For Walt Disney World, there will be multiple musical performances and stage show elements taped around the resort. Guests are welcome to stop and watch the tapings during regular park hours as space permits, but specific tickets to be part of the audience before and after park hours will only be made available to Cast Members and their guests.

There are no specific details on which locations will be used or who will be performing and hosting, but stay tuned to our website and socials for the latest news.