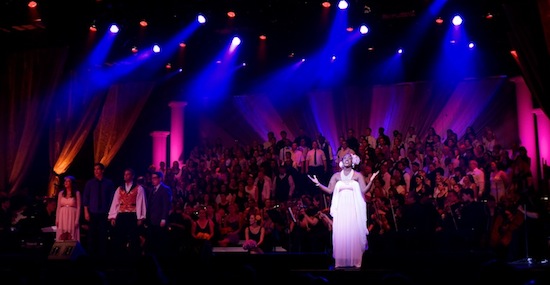 If you’re a fan of broadway shows and you’d like to add a something special to your Disney trip over the next week, you won’t want to miss “The Art of the Possible – The Music of Andrew Lloyd Webber”. It’s a wonderful special-ticketed event in Disney’s Hollywood Studios Premier Theater.

Nearly 500 Walt Disney World cast members who share a passion for singing, dancing, acting and more are currently in the Encore! Cast Performing Arts group. Each year they volunteer for a full stage-show production to benefit a local charity. But don’t think these are some wannabes singing karaoke on stage. These performers are as talented as any you’ll find on Broadway. And it’s not just singing, this is a full production with a live orchestra, a choir, dancers, singers and actors. Even the crew have volunteered their time.

While many Encore members work in entertainment professionally, more than half of the group have daily roles in other lines of business at Walt Disney World, from park and resort operations to marketing, public affairs and information technology. 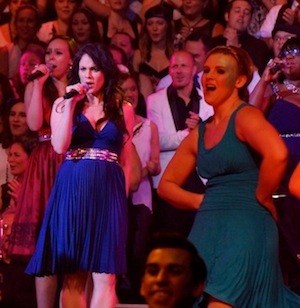 This year, the troupe has chosen A Gift For Music as their beneficiary. The non-profit organization provides free musical instruments and instruction to disadvantaged students in six Orange County public schools.

Since its inception, Encore has donated all proceeds from ticket sales to local charities, raising more than $200,000 to date. Past recipients include: the Dr. Phillips Center for the Performing Arts, United Arts of Central Florida, the Juvenile Diabetes Research Foundation and the Base Camp Children’s Cancer Foundation, among others.

Ticket prices are $15-$35 each for adults, and $10 for children under the age of 10 in all sections of the theater. They are available at encorecentral.org. Upcoming performances are planned for 7:30 p.m. on July 20, 25, 26, 27 and 28. Park admission is not required for this event (You may enter beginning at 6:45 p.m.), but you will need to pay for parking unless you have a pass. You can also find Encore! on Facebook.

Photo Finds: Tracing a tribute through pictures with Winnie The Pooh