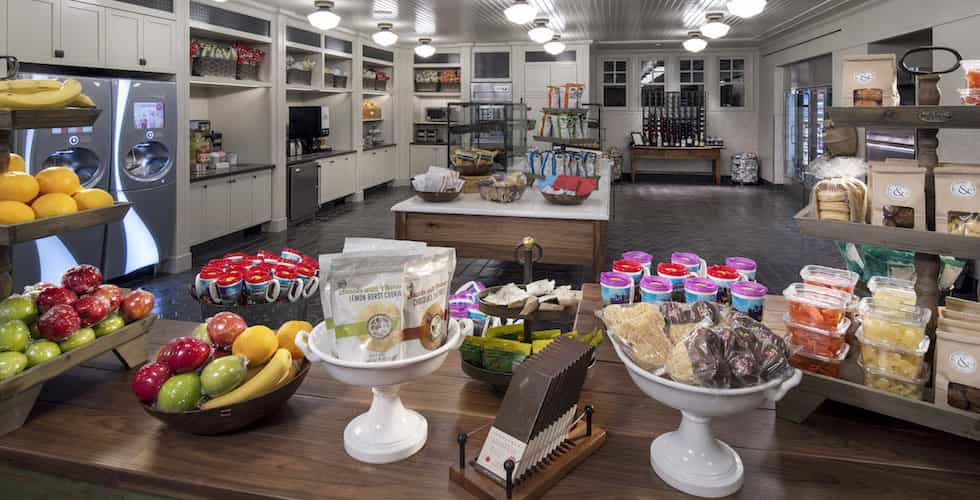 The Ale & Compass will open sometime in October at Disney’s Yacht Club Resort.

Dining at Disney’s Yacht Club Resort is getting a refresh with a major re-imagining of The Market at Ale & Compass, formerly known as Captain’s Grille.

This open-air market will offer a small merchandise area, set to open later this month, as well as 28 seats for casual eating. Offering both made-to-order menu items as well as grab ’n go, guests can indulge in a spinach and feta pastry or egg white wrap.

Lunch and dinner items will include ham and cheddar on a pretzel roll, grilled paninis, and a veggie sandwich with roasted broccoli and garlic, kale, almond, golden raisins and cheese on a whole-grain baguette.

The grab ’n go section will offer salads, sandwiches and more, as well as kid-friendly snacks. For drinks, a Coca-Cola Freestyle machine will be available, as well as beer and wine, and a speciality drinking station that offers coffee and smoothies.

The new Ale & Compass will make its debut at Disney’s Yacht Club in October, when the lobby is remodeled with a new interior that includes 58 seats, as well as a new menu of cocktails and light fare. The biggest change to this area, though, will be the Ale & Compass, as it is transformed from its former self, Captain’s Grille.

The menu for the Ale & Compass is still being finalized, but the finished restaurant will have a gastropub theme with New England-inspired food, and be open for breakfast, lunch and dinner. The casual table-service restaurant will also be available on the Disney Dining Plan.

More updates will be shared on the Disney Parks Blog as the refurbishment progresses.