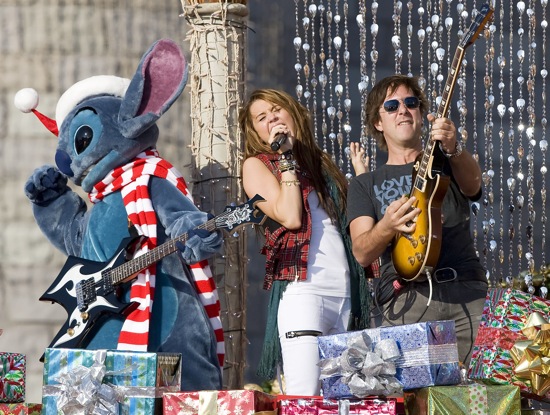 Miley Cyrus performed in the Magic Kingdom on Dec. 6, 2008 while taping a segment of the “Walt Disney World Christmas Day Parade,” to be aired nationwide Dec. 25 on ABC-TV.

I heard Yanni and Yanni voices also performed at the parade, is this true? Why isn’t that listed in the artist lineup on this article?
Thanks,

This is true. It wasn’t listed above because this lineup is from a couple of years ago. Check out our pictures of Yanni at https://attractionsmagazine.com/blog/2009/12/04/photos-kris-allen-and-yanni-perform-at-the-magic-kingdom-christmas-day-parade-taping/