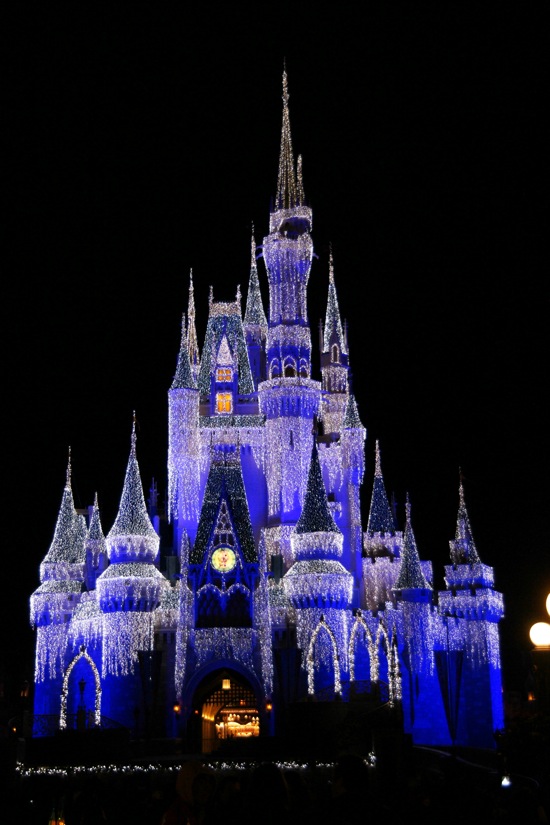 We went to the Magic Kingdom on Sunday to see what’s new. I was surprised to see the Christmas decorations still up and hear Christmas music playing as we entered. A cast member said the decorations will be up until Jan. 15. I’m not sure why they’re leaving them up so long this year, but it was nice to see the castle all lit up. 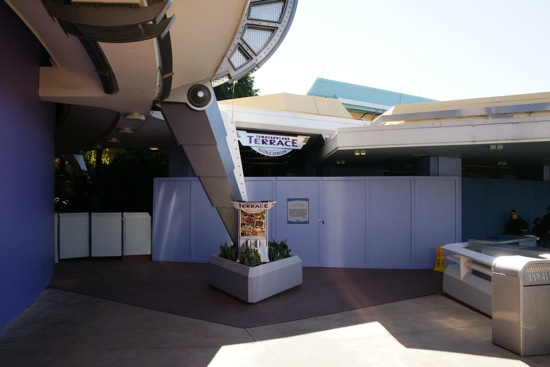 There were many areas around the park behind constructions walls. The Tomorrowland Terrace was one of the places walled off. The fireworks dessert parties are not happening during this refurbishment. They’re supposed to return in early spring. 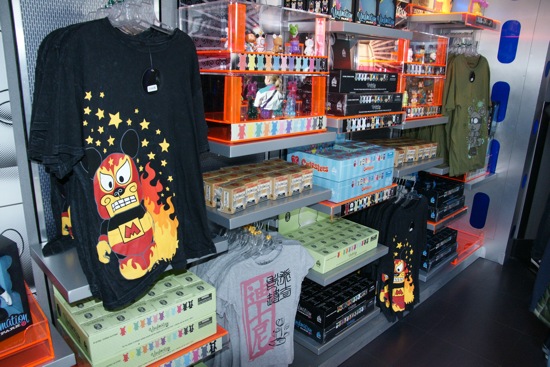 The Vinylmation figures have been so popular that they’re now offering Vinylmation T-shirts. Here are some for sale in the Space Mountain gift shop. 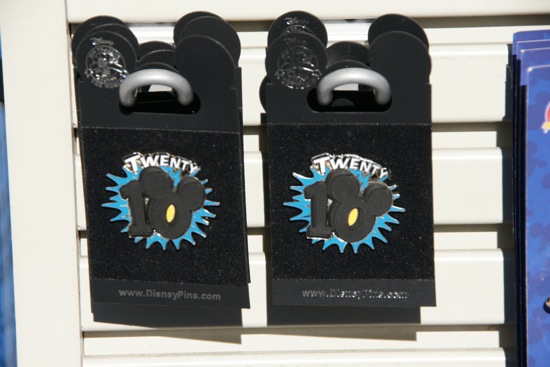 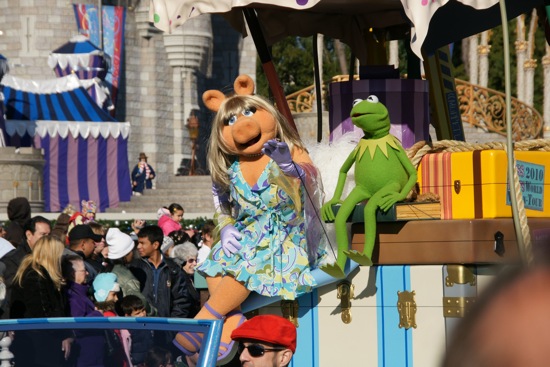 Some of the Muppets are appearing in a cavalcade before the afternoon parade. Click Here for more photos and a video. 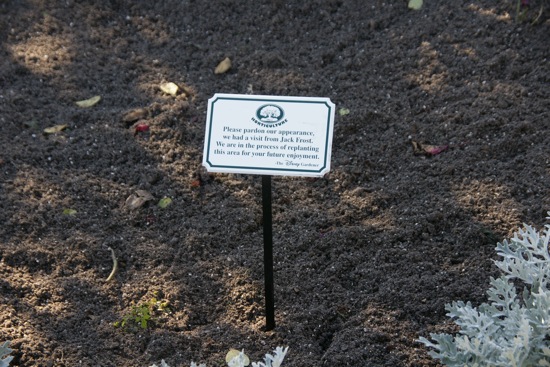 Some plants are covered up around Disney property, and others have been killed by the cold weather we’ve been having. Here Disney planted a sign blaming Jack Frost. 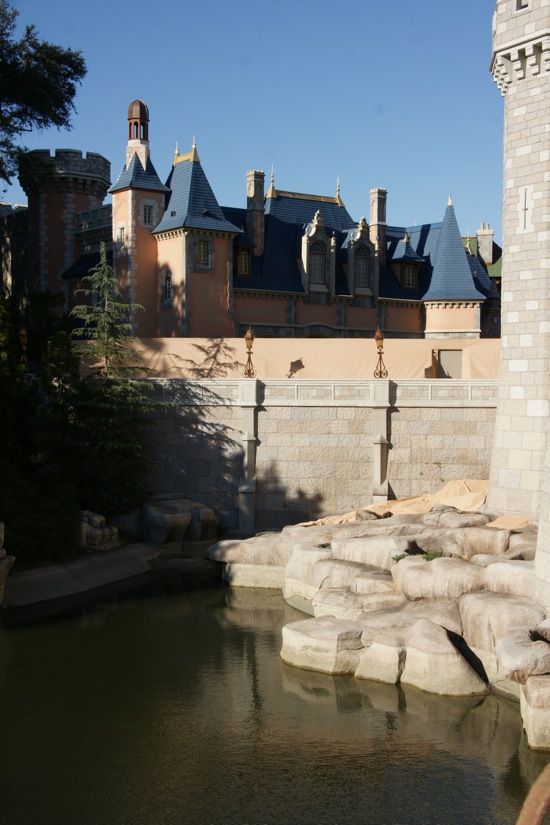 They’ve started some work at the base of Cinderella Castle. The moat will be drained as part of the refurbishment. 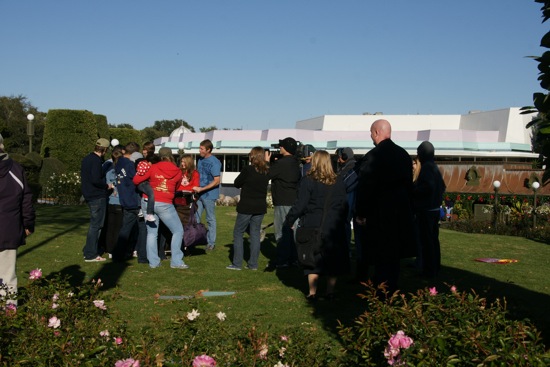 A crew was filming near the castle, but I didn’t recognize anyone they had onscreen. Maybe it was a family on Extreme Makeover: Home Edition. 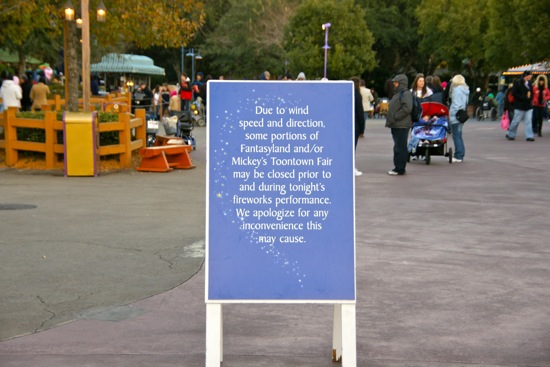 A sign in Fantasyland warning that parts of the land and Toontown may have to be closed during the fireworks because of wind conditions. 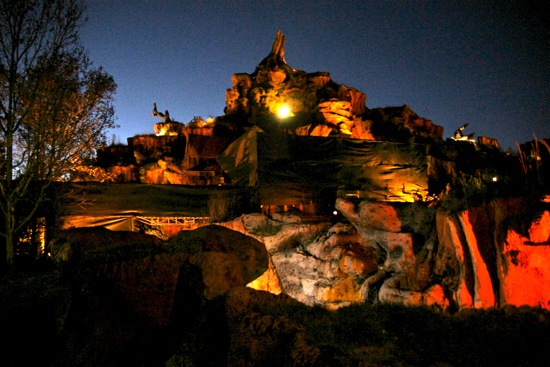 Splash Mountain is closed for routine maintenance until Feb. 27. It’s just as well. It was so cold, I wouldn’t have ridden it anyway. 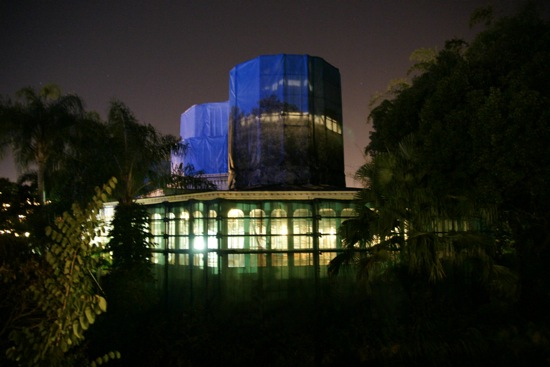 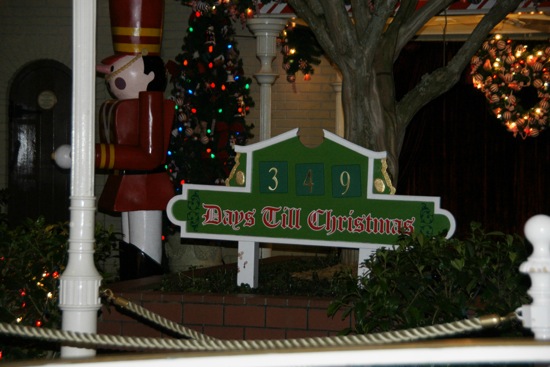 It’s nice they’re keeping this sign updated while the decorations are still up.

Dates and concerts for Mardi Gras 2010 at Universal Studios announced