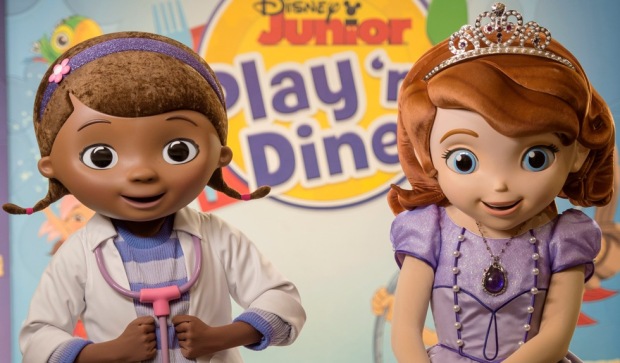 The doctor is in! Fans of the Disney Junior show “Doc McStuffins” will have a chance to meet its star in person soon.

Beginning in May, Dottie “Doc” McStuffins (pictured above with Sofia the First) will meet guests visiting Disney’s Hollywood Studios at Walt Disney World Resort in a setting inspired by her playhouse clinic on the Emmy-nominated TV show, “Doc McStuffins,” airing on Disney Channel and Disney Junior.

Doc is a nurturing, six-year-old girl who can talk with the stuffed animal she cares for. Guests also can see Doc McStuffins in “Disney Junior – Live on Stage!” and spend time with her during breakfast and lunch at Disney Junior Play ‘n Dine at Hollywood & Vine, both at Disney’s Hollywood Studios.

Mickey’s Toontown at Disneyland park to be...