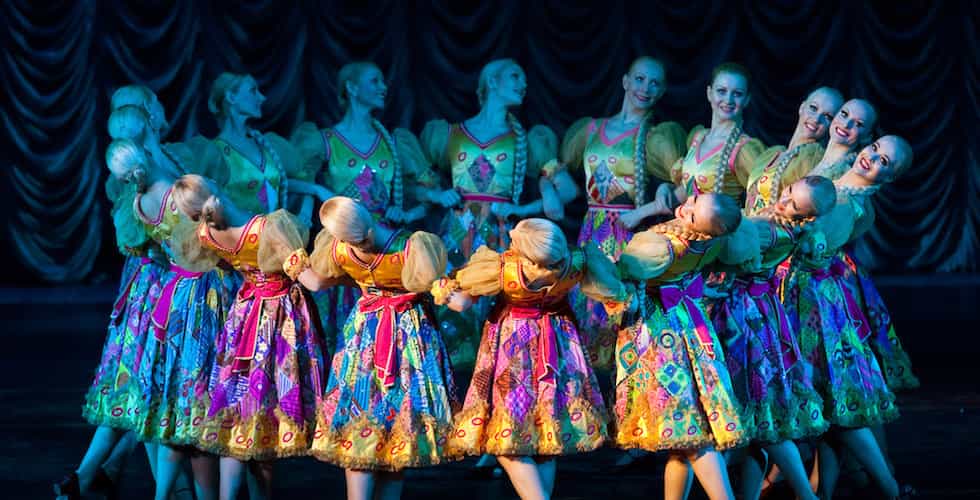 The National Dance Company of Siberia will delight audiences during their performances at Dollywood’s Festival of Nations.

Dollywood’s annual Festival of Nations kicks off its 2018 season with a multi-cultural event filled with talent from around the world.

The event runs from March 16 – April 9, and allows guests to travel around the world without ever leaving the Smokies, and marks the beginning of Dollywood’s “Season of Showstoppers” with cultural food, music, and crafts that immerse the entire family.

Grammy Award winners Ladysmith Black Mambazo have traveled beyond musical barriers to create unique and inspiring projects with artists like Stevie Wonder, Paul Simon, and even Dolly Parton herself.

The group, which sings of love, peace and harmony, is in its sixth decade, and has produced over 60 albums during that time. They recently won their fifth Grammy, winning the title of Best World Music Album. Guests will be able to enjoy a performance from Ladysmith Black Mambazzo during the Festival of National at the Showstreet Palace Theater.

Founded in 1960, the National Dance Company of Siberia has dazzled audiences around the world with their expressive dance, traditional folk music and vibrant costumes. This dance company is bringing their vivid performance to life for guests in the park’s largest theater, DP’s Celebrity Theater.

Los Vivancos is made up of seven Spanish brothers who traveled the world before studying at the Barcelona Dance Conservatory. Taking from their years of dance study, Los Vivancos have crafted a unique style that combines ballet, martial arts, flamenco, theater, street dance and acrobatics into one non-stop performance that shows off their flair and charisma.

The brothers have also been guest performers on ABC’s “Dancing with the Stars.” Guests can watch Los Vivancos show off their moves in Pines Theater.

Guests can also try food from around the world at various locations throughout Dollywood. Some of the offerings include Citrus Ancho and Coca-Cola Braised Beef Tostada, Crepe Suzette, Elote with Pimente Espelette, Lamb or Chicken Gyros, Pad Thai and more.

For more information on Dollywood’s Festival of Nations, visit Dollywood.com.