Dr. Doofenshmirtz to take over 2013 D23 Expo with ‘The Waffle-inator’ 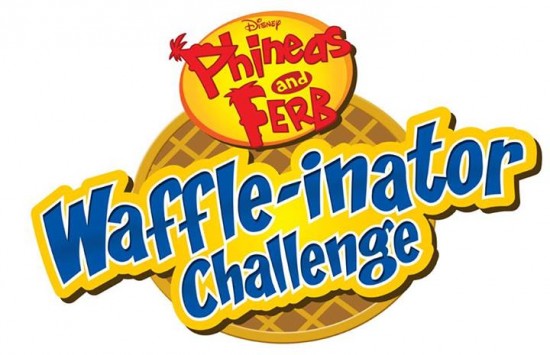 Guests will be able to hop aboard and play “The Phineas and Ferb Waffle-inator Challenge,” over three days at the 2013 D23 Expo Aug. 9-11.

Dr. Doofenshmirtz is primed to take over the expo, and the Tri-State Area, with his most wacky “-inator” yet – “The Waffle-inator” – a 40-foot high interactive game, combining physical and digital worlds – and simulated waffles – in an epic showdown to free Agent P from the clutches of Dr. Doofenshmirtz.

The Waffle-inator is depicted in “Phineas and Ferb: Mission Marvel,” the highly anticipated event episode of the #1 animated series for kids and tweens, premiering at 8 p.m. on Aug. 16 on Disney Channel and at 10 a.m. on Aug. 25 on Disney XD. In the storyline, Phineas and Ferb, team up with the Marvel Super Heroes to help them regain their powers and defeat Marvel Super Villains and Dr. Doofenshmirtz, in an epic battle of good versus evil, where the dastardly delicious device “The Waffle-inator” comes into play.