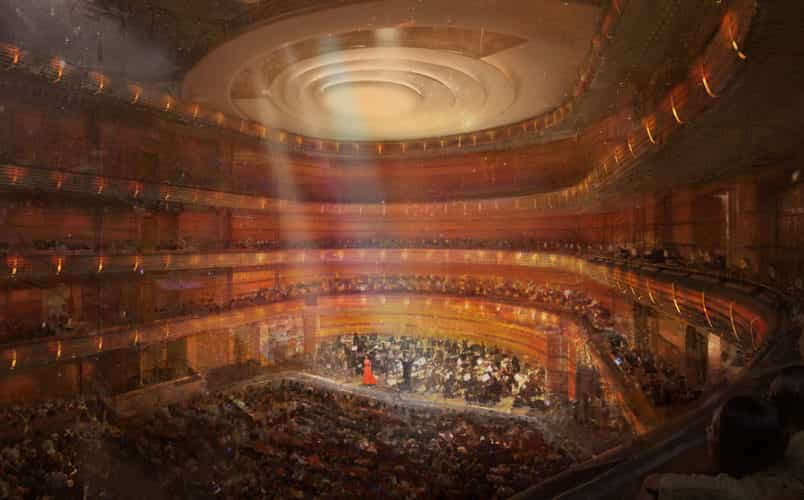 Funding has been approved for the new ballet theater inside Orlando’s Dr. Phillips Center for the Performing Arts.

The Orange County Board of County Commissioners unanimously voted on November 1 to approve an amendment that would provide an additional $45 million for the expansion of Dr. Phillips Center for the Performing Arts, completing the planned ballet theater.

This was the third and final vote that officially allows for the funding, which is made up of monies collected from the Tourist Development Tax. The voting allocates funds to begin commencement on the completion of the arts center, otherwise known as Phase II, which includes Steinmetz Hall, a large rehearsal room and other amenities. The new 1700-seat acoustical theater will provide a home for local companies: Orlando Philharmonic Orchestra and the Orlando Ballet.

“We are thrilled, of course, with today’s outcome. This unanimous vote is an absolute testament to the work we’re doing and will continue to do,” said Jim Pugh, chairman of the board of Dr. Phillips Center. “We are fulfilling our promise that we made to the community. We still have a little work to do, but this is exactly the momentum we need to finish what we started.”

With the receipt of the $45 million in tourist tax dollars, the arts center has approximately $10 million more to raise before this year’s end in order to break ground at the end of January. Final numbers for the total cost of Phase II will not be finalized until all construction bids are received in December, but the estimated total cost of the entire arts center will be approximately $570 million.

“Today’s vote is going to propel us to close up that fundraising gap, which looks to be approximately 2%. That’s how close we are,” added Kathy Ramsberger, president and CEO of Dr. Phillips Center.

For more about the Dr. Phillips Center, read our review of The Curious Incident of the Dog in the Night-Time, which is currently playing in the Walt Disney Theatre, and watch this video tour of the facility during its 2014 grand opening:

DRIP celebrates fourth anniversary with ‘pay what you want’ admission