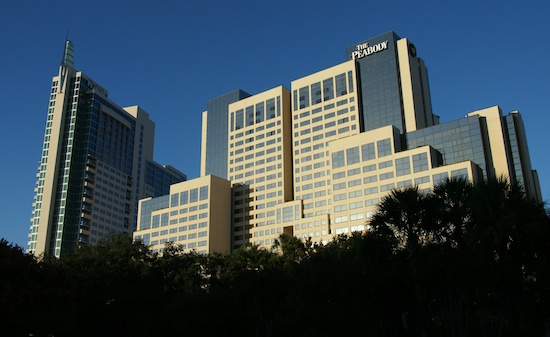 Hyatt Hotels Corporation announced that a wholly owned Hyatt subsidiary plans to purchase the 1,641-room Peabody Orlando hotel for $717 million. The transaction is expected to close on Oct. 1, 2013.

“This transaction brings us a very high-quality hotel in one of the most popular cities in the world and enhances the Hyatt Regency brand – already a leader in meetings and conventions – with a presence adjacent to one of the largest convention facilities in the U.S.,” said Stephen Haggerty, global head, real estate and capital strategy for Hyatt. “We are confident that we will be able to build on the strong performance of this property through the depth and breadth of our relationships with meeting planners and corporate travel managers and the global strength of our brand.”

Hyatt Regency Orlando Convention Center will be the sixth Hyatt-branded hotel in Orlando, but the first large convention hotel presence for Hyatt in the market. The property will be a significant addition to the Hyatt Regency brand.

With more than 200,000 square feet of meeting space – and over two million square feet of space in the Orange County Convention Center to which the hotel is attached – the hotel will offer the most meeting space of any Hyatt Regency hotel in the U.S. and will position the company to compete for in-house group business in addition to citywide convention business.

Here’s a video of the Orlando Peabody Ducks, marching through the lobby:

The March of the Peabody Ducks at The Peabody Orlando hotel, Florida

UPDATE: Aug. 30, 2013 – The Peabody Orlando released this statement “Our final March of the Peabody Ducks will be held on Sept. 30. Afterwards, our Peabody Ducks will return to the wild farm where they were born, raised and will live there for a short period before returning to a wild environment.”

Keep the ducks!!! Why remove such a great attraction?

I believe the ducks should go: the attraction is specific to the Peabody, and since the hotel will no longer be a Peabody Hotel, Hyatt has no claim to the image nor should they keep another hotel brand’s famous attraction.
I am a fan of the ducks at the Peabody, since I live in Memphis where THE Peabody is, and think that all Peabody properties should have the ducks, but only Peabody hotels.