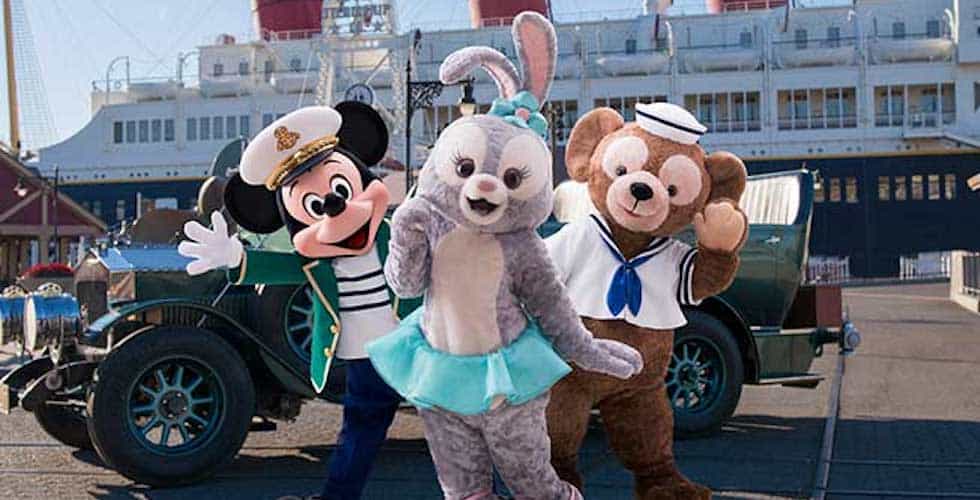 Stella Lou, the newest character in the “Duffy and Friends” line, makes her debut on April 4.

Every Disney fan’s favorite bear is getting a new friend, and her name is Stella Lou! The lavender bunny will join the lineup of Duffy, Shellie May and Gelatoni as the newest member of the “Duffy and Friends” product line at Tokyo DisneySea starting April 4.

Stella Lou’s story tells of her dreaming about dancing on the theater stage, always wearing her tutu and ballet slippers. One day, she was practicing her steps out on the American Waterfront of Tokyo DisneySea. When Duffy was walking by, he saw her stumble and ran over to help. After meeting Duffy, Stella Lou told him all about her dreams of becoming a dancer.

Duffy was confused, and told her that he thought dreams were just things you had when you were sleeping, but Stella Lou told him that dreams could be made real if you try hard enough. Duffy thought Stella Lou was practicing so hard, that he knew he had to help her make her dreams come true, and they’ve been friends ever since.

The new merchandise for Stella Lou debuts on March 30, but her official presence in the parks begins on April 4, with the start of Disney’s Easter celebration at Tokyo DisneySea. Guests will not only be able to purchase her merchandise, but be able to meet her alongside Mickey and Duffy in the American Waterfront area.

It has not been announced if Duffy’s newest friend will be coming to the U.S. domestic parks as well. Currently, only Duffy and Shellie May are available for purchase at Walt Disney World and Disneyland Resort.

Check out the new promotional video for Stella Lou below.

The Rumor Queue: Disney’s Skyway to return as resort transportation?

‘Shining with You’ show debuts for Tokyo...