DVD Review: Disney-Pixar’s ‘Inside Out’ has enough extras for everyone 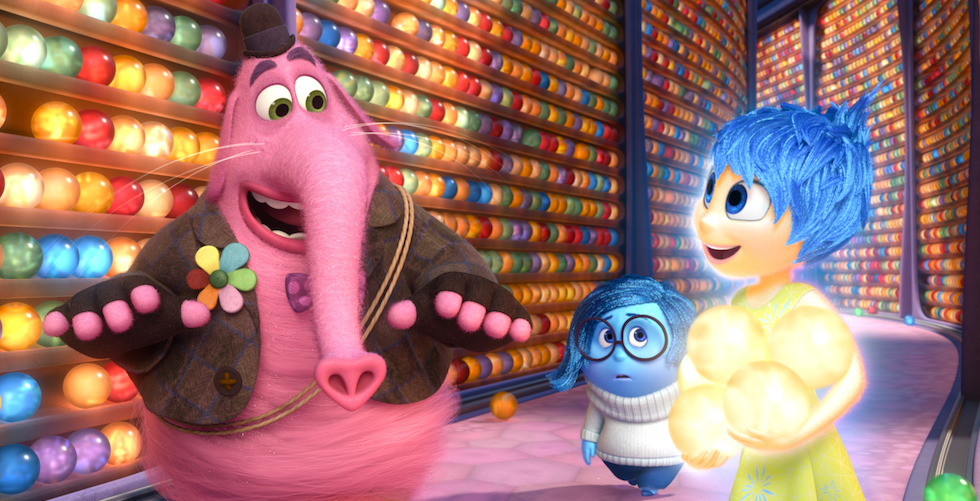 Disney-Pixar’s “Inside Out” has been available on Digital HD and Disney Movies Anywhere since Oct. 13, but it’s now also available on Blu-ray 3D, Blu-ray Combo Pack and On Demand, and it’s definitely worth buying based on the extras alone. Click Here for our review of the movie itself and the “Lava” short.

The big story in the extras is “Riley’s First Date?”, a new short film. Riley, now 12, is hanging out at home with her parents in San Francisco when potential trouble comes knocking: a boy at the door. Can mom and dad’s emotions handle “Riley’s First Date?” I thought it was a cute short sequel to the movie and even though I’m 16, I felt Riley’s pain when her parents were embarrassing her.

My favorite of the features was “Paths to Pixar: The Women of Inside Out”, in which the female filmmakers, voice actors, animators and production crew, of “Inside Out” talk about their paths, goals, and challenges they’ve faced and the lessons they’ve learned along the way. I really loved the way they talked about the fact that even though it may seem like everyone involved knew what they wanted to do for a living before they worked there, and exactly what they’re doing while working on their films, they often make it up on the fly. (As a high school student, I can really relate.)

Another fun feature is a behind the scenes documentary shot by Elie Docter (daughter of the director, Pete Docter) and Grace Giacchino (daughter of the composer, Michael Giacchino) called “Our Dads, The Filmmakers” which offers a different point of view of Pixar Studios and the creative processes that go on there. 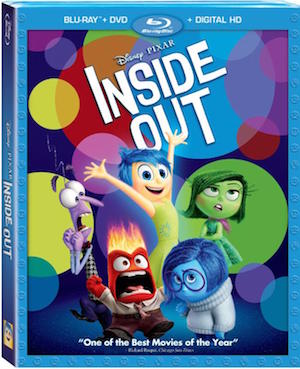 The list goes on and on. Other features include:
• Lava (theatrical short film)
• Story of the Story
• Mixed Emotions
• Mapping the Mind
• Into the Unknown: The Sound of Inside Out
• The Misunderstood Art of Animation Film Editing
• Mind Candy
• Inside Out Trailers
• Commentary
• Deleted scenes:
• Riley Grows Up
• Joy’s Decline
• Construction
• Misdirection

I definitely recommend buying this just for the movie, but the extras are worth it on their own too. This is especially true for kids, teens or even adults that may not know exactly what they want to do in life or are interested in animation.

Here’s a look in the former Animation Gallery at Disney’s Hollywood Studios:

Inside Out Joy and Sadness characters at Hollywood Red Carpet Premier

Phyllis Smith Interview about playing Sadness in Disney Pixar's Inside Out

Here are some Easter Eggs to look for in the movie, hit pause:

NOT A FIGMENT OF YOUR IMAGINATION – Keep an eye on the bottom right of your screen right after Bing Bong stops crying and the camera pans up to the train as he leads them toward it in Imagination Land and you’ll see a discarded photo of Figment fro the Epcot ride.

Dole counts down to Halloween with ‘Monsters,...

Out of the Loop: Animation building in...