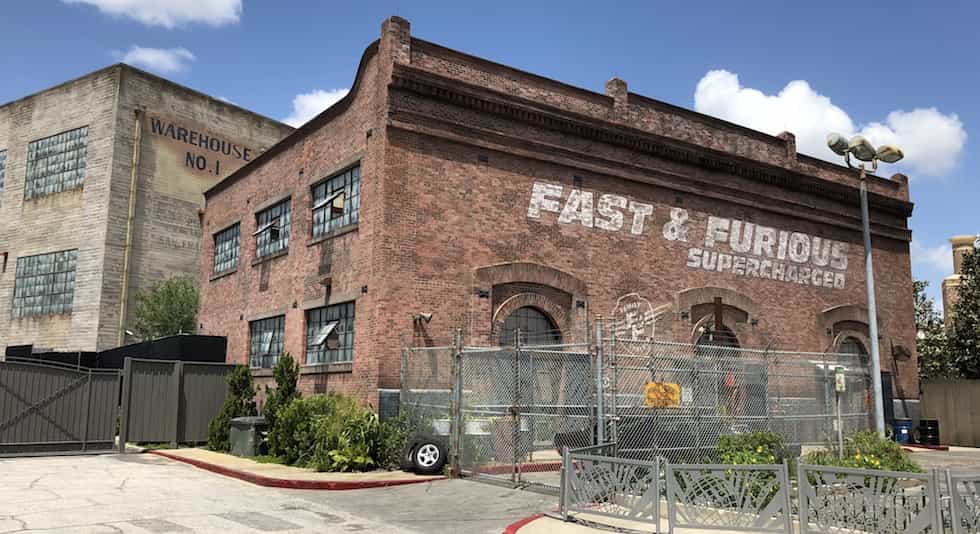 Many attractions have tributes to the attractions that were in the same space before, but Fast and Furious: Supercharged at Universal Studios Florida takes it further.

All great theme park attractions have items throughout that set the scene, down to the smallest details. The new Fast & Furious – Supercharged attraction at Universal Orlando Resort is set in the racing world, and is in the San Fransisco area of the park, so you’ll find items like San Fransisco maps and mentions, and of course things from the Fast & Furious movie characters throughout. But take your time in line and have a closer look at the details and you’ll find some fun Easter eggs and hidden tributes.

Let’s take a look at some cool tributes to past attractions in the space and some surprising ones as well, including a Hidden Mickey of sorts.

Spoiler warning: The ride hasn’t officially opened yet, but it’s previewing for guests, so although we don’t give away the storyline here, you may want to read this full list after your first ride. 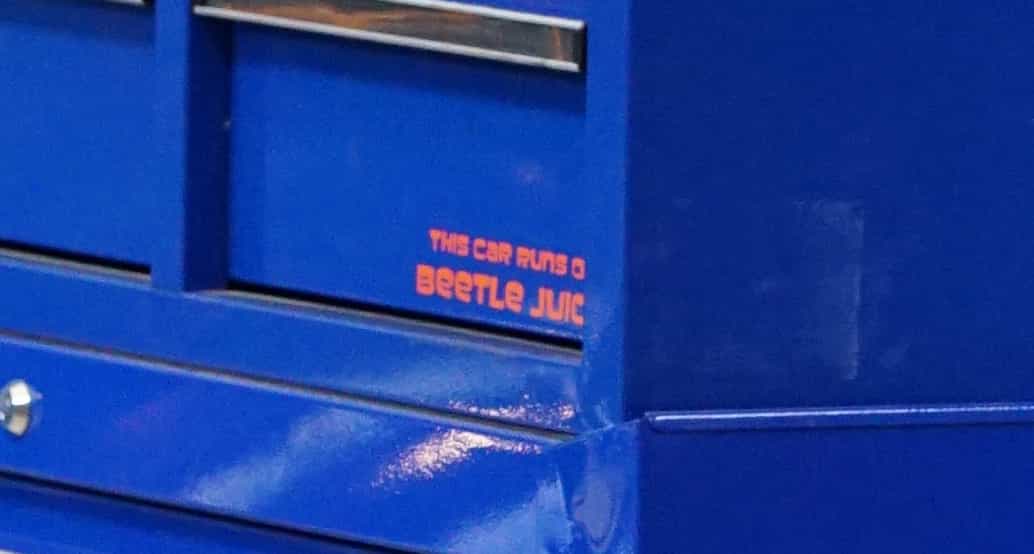 You’ll find two tributes to Beetlejuice, or more specifically, Beetlejuice Graveyard Revue, which was a musical show (video below) that used to be performed daily in a theater which was torn down to make way for Fast & Furious – Supercharged. In the first garage room, you’ll see this text on one of the toolboxes. 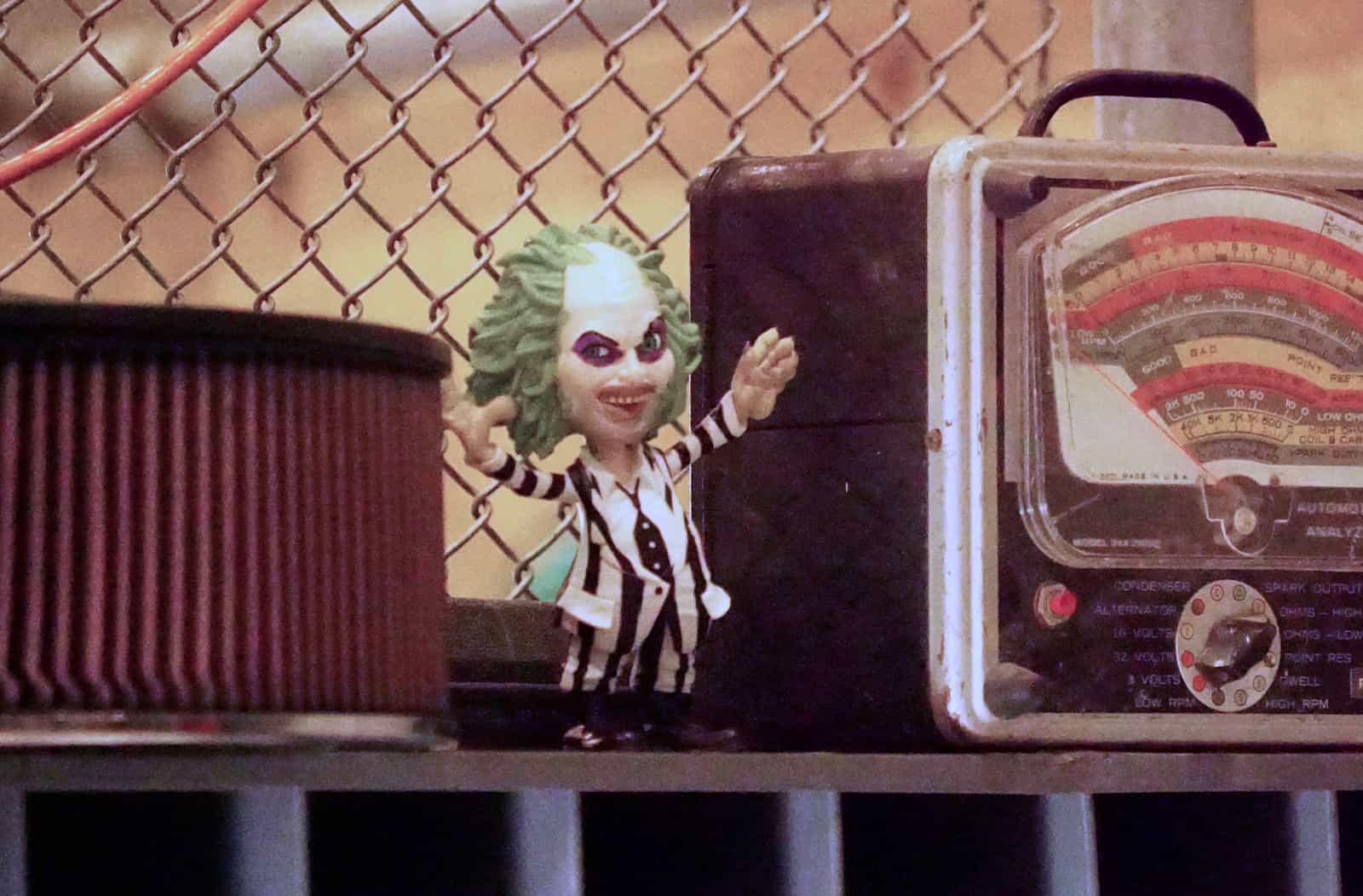 Later on in the queue, look for this Beetlejuice doll on top of a desk shelf. 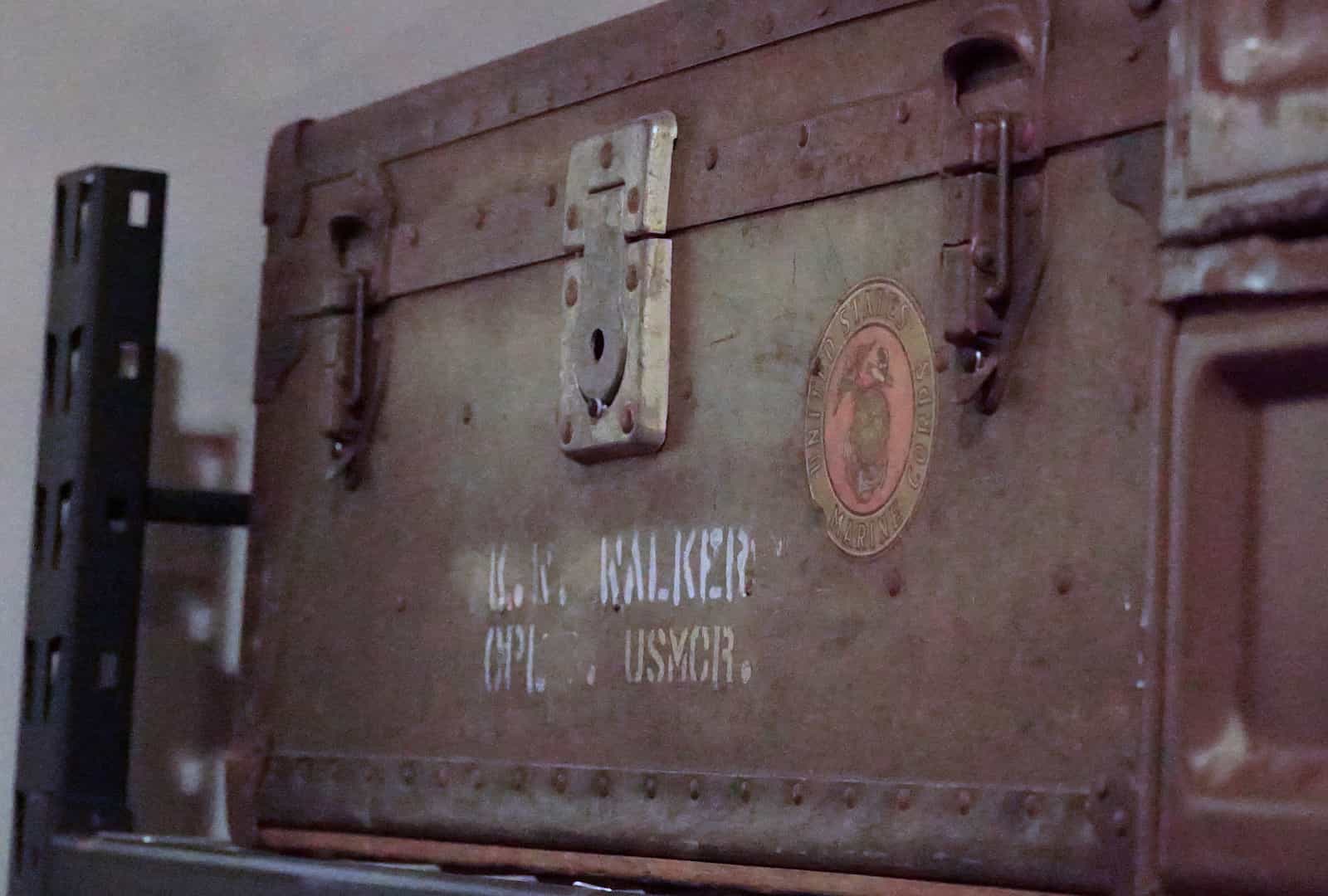 Paul Walker is the actor who played one of the main characters in the Fast & Furious movies. Unfortunately, Walker died in a car accident while filming Fast & Furious 7. His character in the movies, Brian O’Conner, doesn’t die in the movies. He drives off into the sunset in Fast & Furious 7. It’s fitting the attraction pays tribute to him in a couple of locations. Look for this Marine travel box in the queue after you pass the semi. 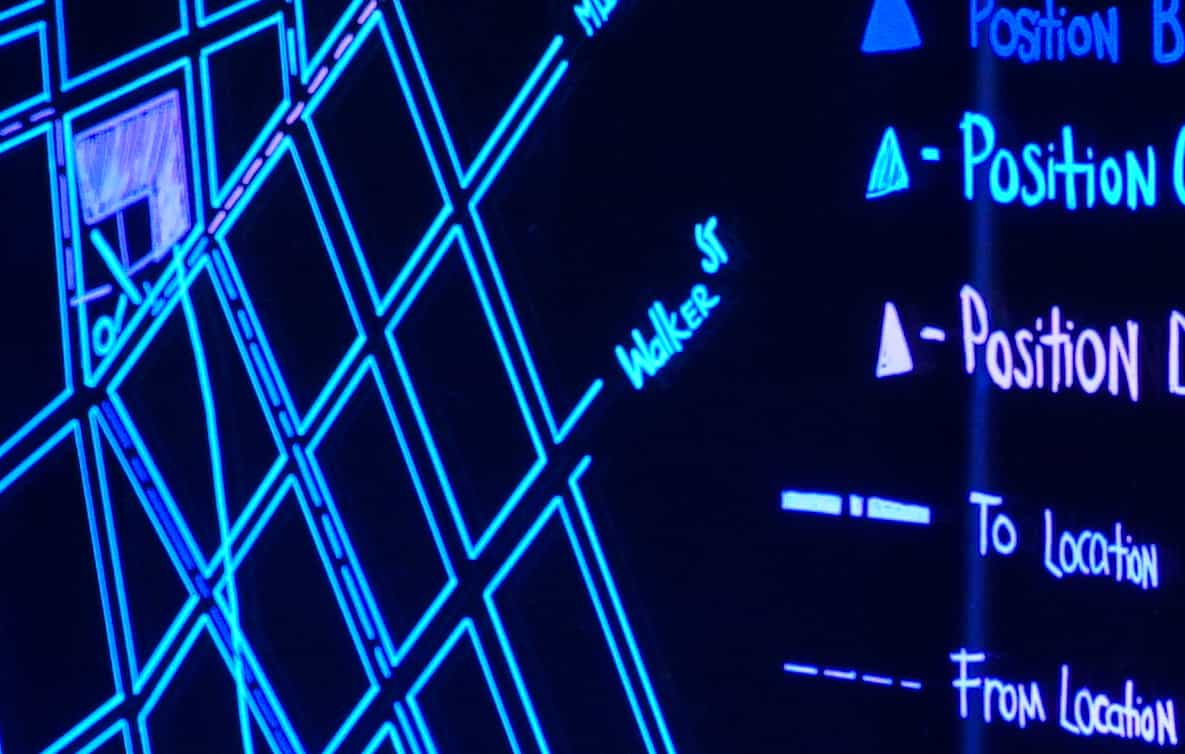 In the “War Room” part of the queue, a street on their plans is named Walker Street. 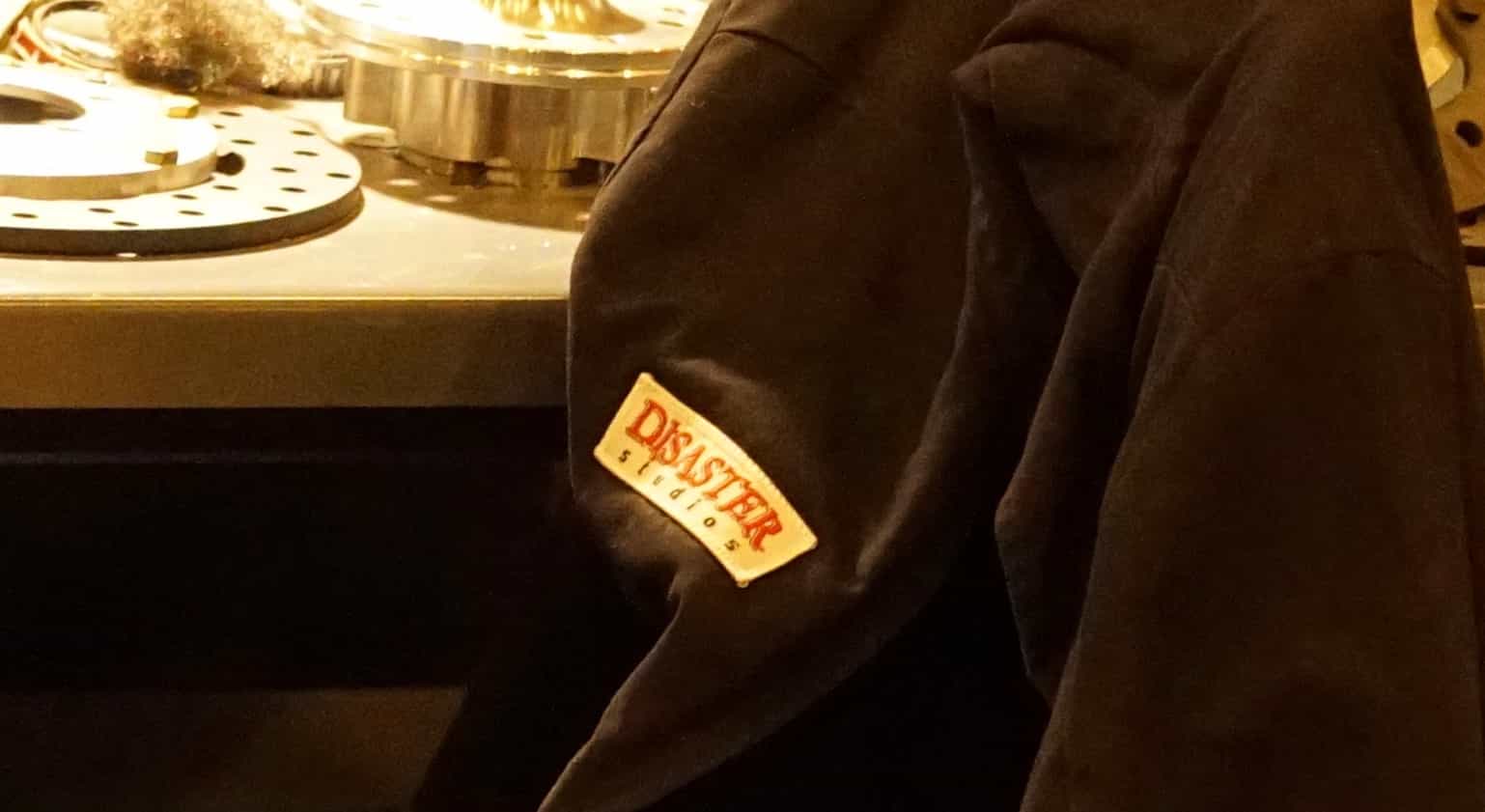 Fast & Furious – Supercharged not only replaced Beetlejuice’s show, but also a ride called Disaster. The ride had guests visiting “Disaster Studios” to witness how specials effects are done and ending with an earthquake experience (video below). Look for this jacket on the back of a chair in the queue with the Disaster Studios logo on it. (Fun Fact: Dewayne “The Rock” Johnson was in Disaster, and he’s also in this new attraction.) 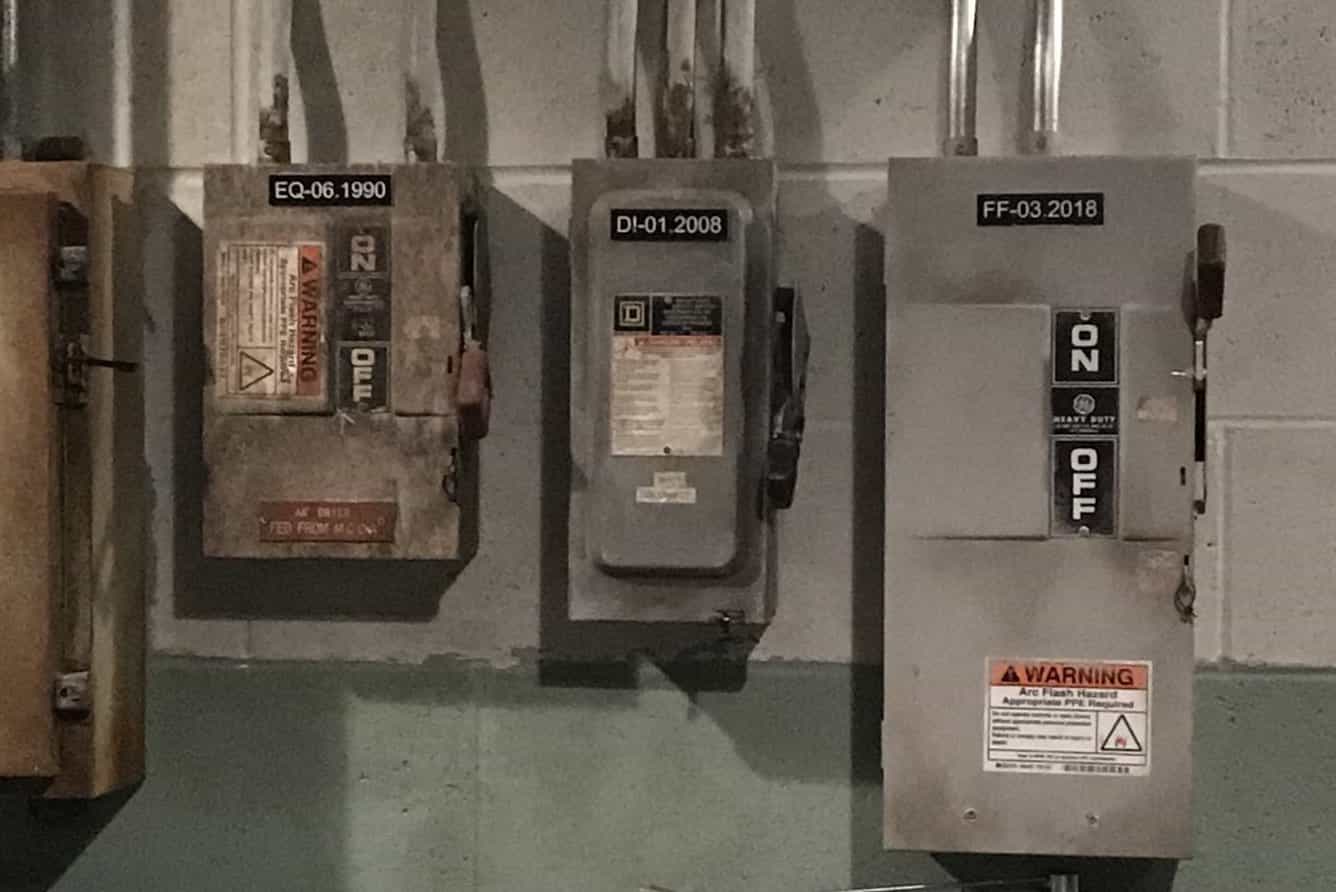 Just as you enter the ride loading room, you’ll pass by an office with these power switches. Notice the initials and dates on them? The first one on the left stands for Earthquake, which was the name of of the attraction in this location before it was changed to Disaster. The middle one stands for Disaster, and the one on the right stands for Fast & Furious. The dates are when each attraction opened. Also notice both Earthquake and Disaster are switched off, but Fast & Furious is switched on. Very clever.

Back to the Future 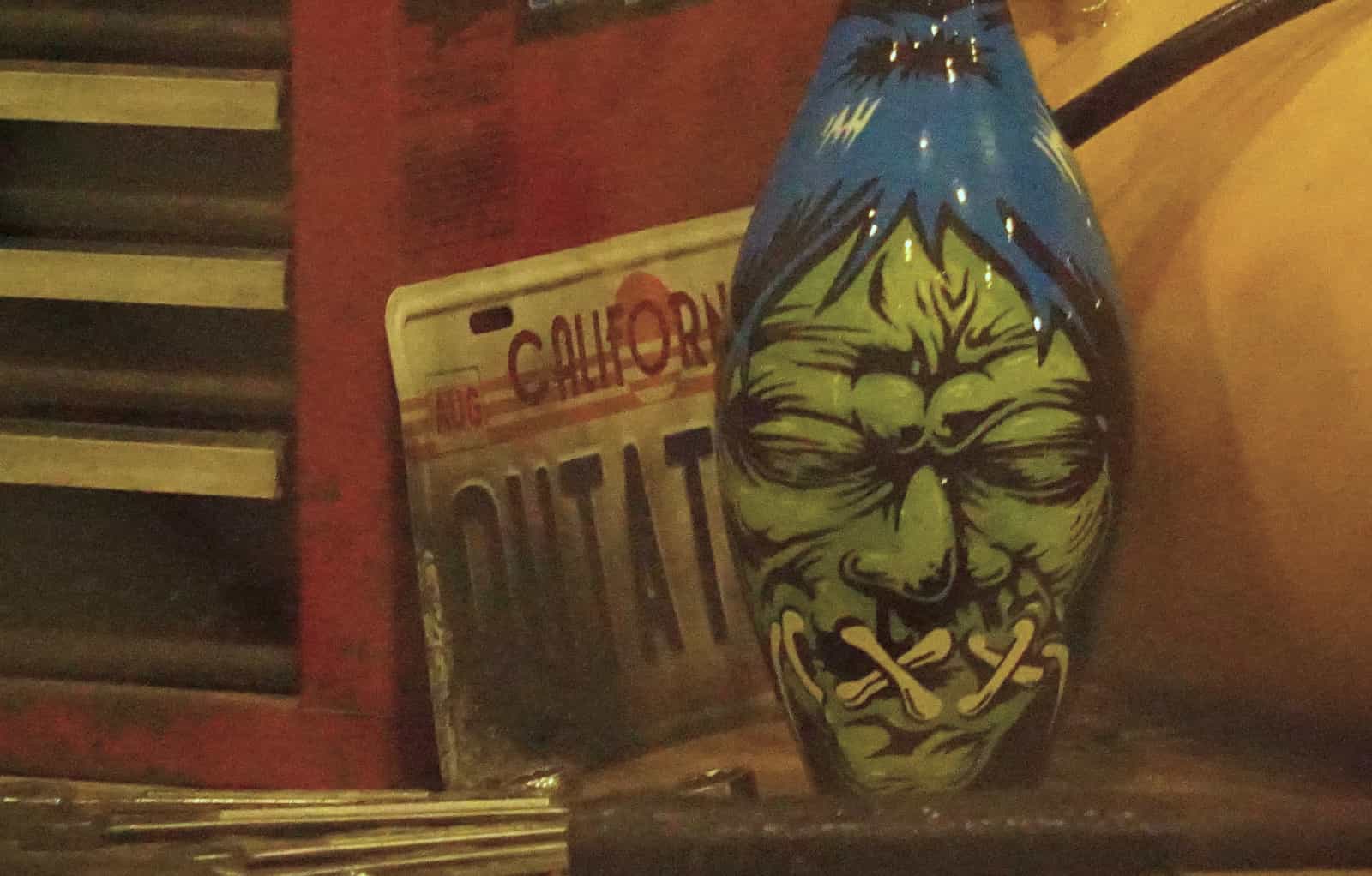 Not too far from the Beetlejuice doll, behind a chain fence, you may spot this license plate that reads, OUTATIME, from Back to the Future, which also used to be an attraction at the park, although not in this location. (It’s now The Simpsons Ride.) 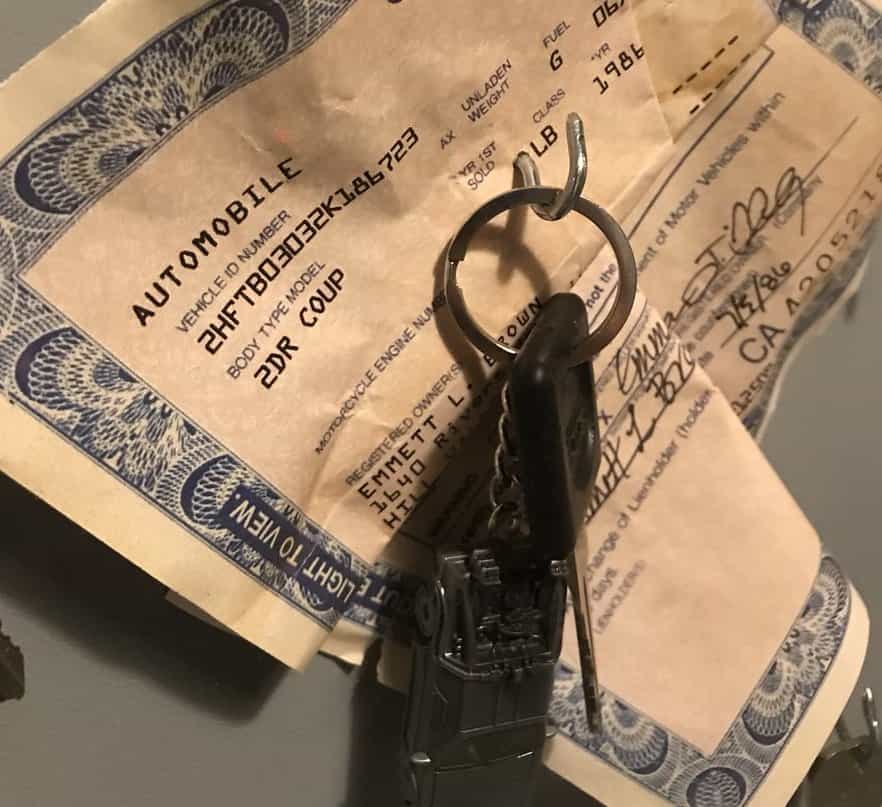 There’s another reference to Back to the Future, but you can only see this one in the Single Rider line. There’s a whole trophy case showcasing the keys and titles to cars the Fast & Furious characters, most likely Dom Toretto, have won by racing the cars’ owners. It looks like somehow, Dom has beaten the DeLorean time machine. I guess it can’t go over 88 miles per hour. 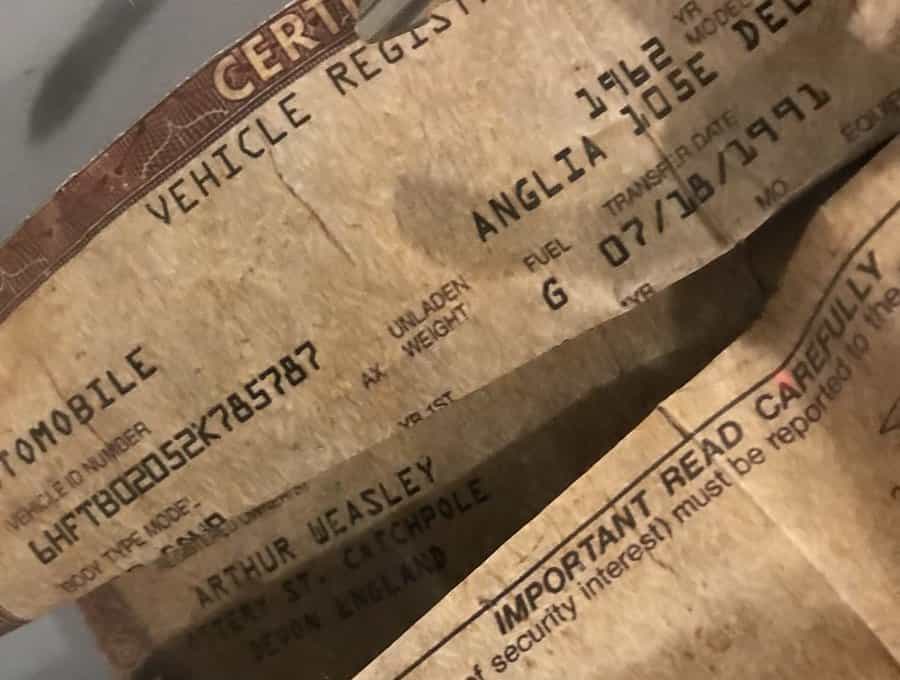 Wow, Dom has raced some famous cars. It looks like he also beat the flying Ford Anglia Harry Potter and Ron Weasley flew back to Hogwarts. There are bound to be other famous cars in this case. Let us know if you spot them. 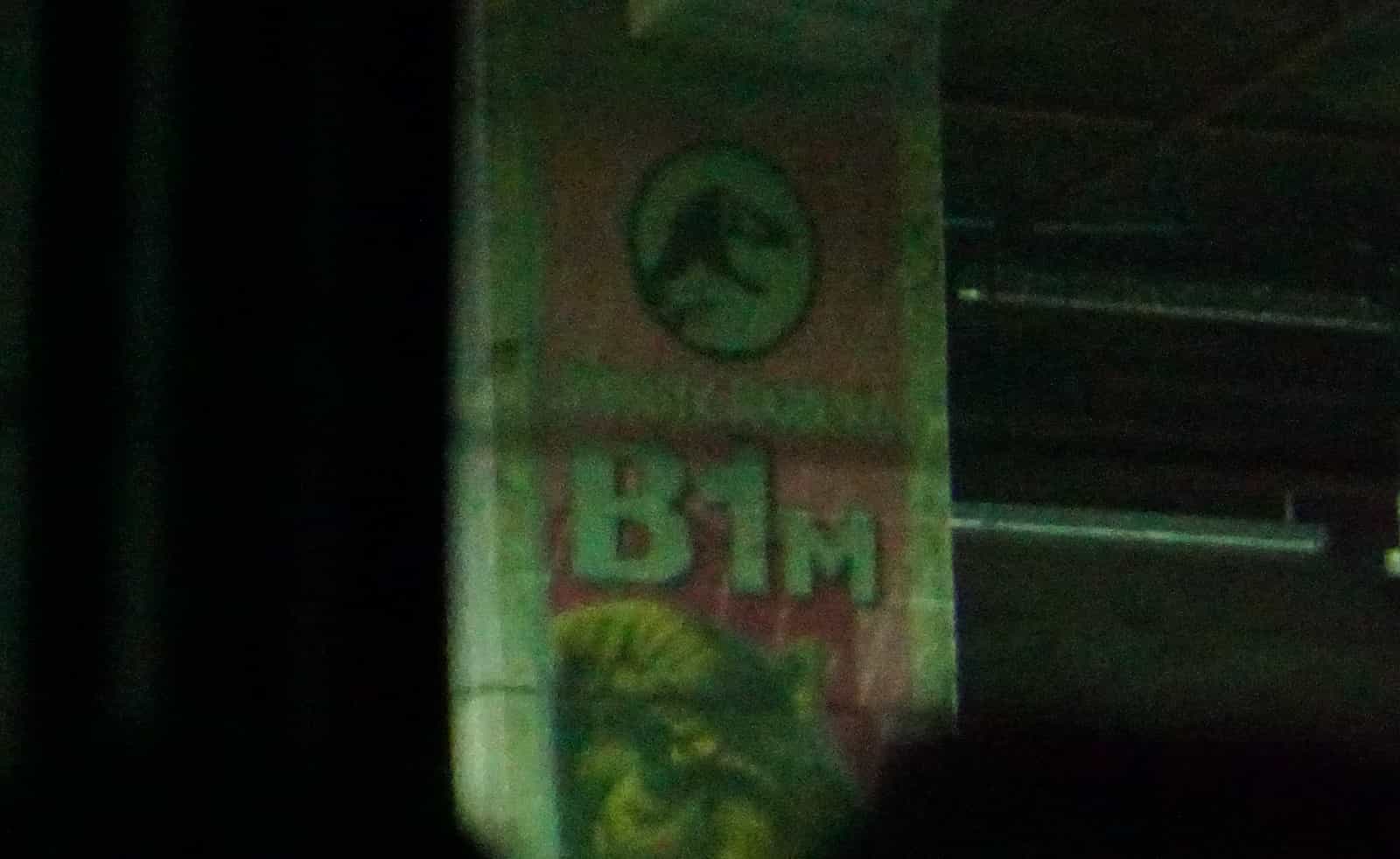 This one can be seen during the ride itself, and carries over from the Universal Studios Hollywood version of Supercharged. If you look to your back right just before the chase scene, you’ll see this Jurassic Park parking sign, indicating you’re in the Universal Studios Hollywood parking garage. But there’s one problem with that, you’re supposed to be in San Fransisco. 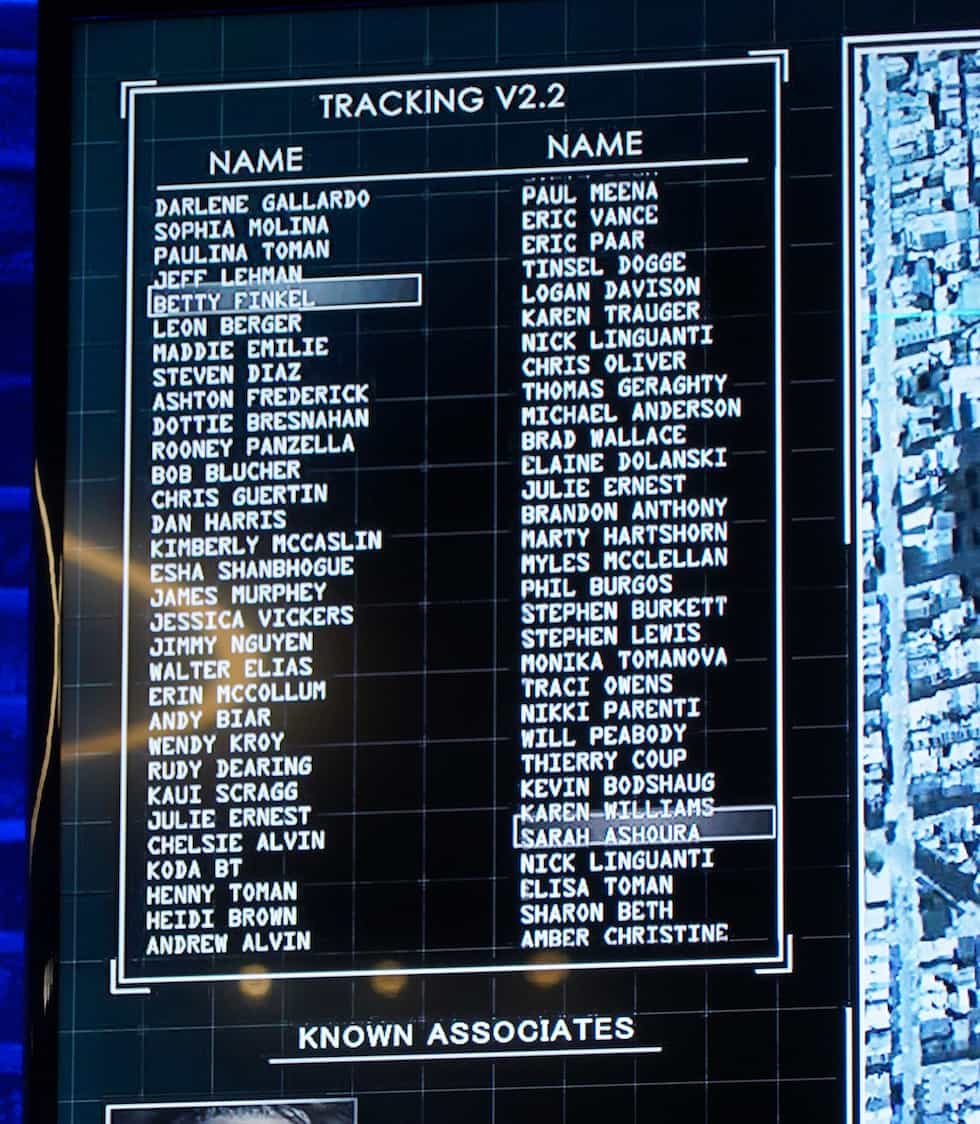 Wait, a Hidden Mickey of sorts at Universal Studios? Yes, among the names scrolling by on one of the screens in the “War Room” is Walter Elias. Walt Disney’s full name is Walter Elias Disney. If you know anyone who works in Universal Creative, the team that built the ride, you may see their names in this list as well. We spotted the Senior Vice President Thierry Coup and Senior Creative Director Jason Surrell, among others. Believe it or not, this isn’t the first “Hidden Mickey” at Universal. The old Twister attraction had a Mickey Mouse ear hat stuck to a spinning tire in the queue, and you may see a Mickey Mouse ear hat floating in the water at the Jurassic Park River Adventure at Universal Studios Hollywood.

Let us know if you spot any other Easter eggs in Fast & Furious – Supercharged.

Here’s a video of the full queue and videos of the extinct attractions mentioned.

Paul waker was not filming a movie when he passed away.