Editorial: A bit of difficulty ‘being their guest’ 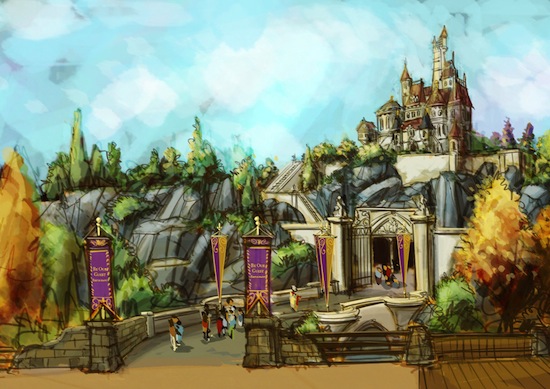 So, I was prepared for a long wait trying to make reservations on the first day for the forthcoming Be Our Guest Restaurant in the newly expanding Fantasyland at the Magic Kingdom. It was lunch hour. I knew it would probably be a busy time to call, but heck, I’m working. To the many of us that live “out of the loop” in Ohio or New York or Missouri or United Kingdom, we don’t mind holding; we dream of being in Orlando.

It is perhaps a reflection of your life – the content of your contact list on your cell phone. Yes, Walt Disney World Dining is on my cell phone as is Disneyland Dining in California. Yes, I live in Ohio. What can I say?

Having been watching Twitter all morning (follow me @AttractionsOOTL), I saw several mention a credit card issue. Certain high profile restaurants at Disney World want a credit card to hold that reservation. If you cancel within 24 hours of the reservation, you are subject to a $10/person cancellation fee. Otherwise, your card is not charged at all. The automated system did not ask for my credit card number. When I held, and held, for a dining agent, she was surprised that the automated system completed the whole reservation including issuing a confirmation number but did not ask for my credit card or other information. She took my address, e-mail, and my credit card information. Unfortunately, it would not take my credit card to confirm. The system wanted to charge me. For what, who knows?

I held a few more minutes for another cast member; I am guessing this was a manager. The new cast member basically cancelled my original reservation and remade it for the same date and time and re-issued a new confirmation number. I asked her about the glitch in the automated system. She apologized and said they were “working on it” although I was not quite sure she really grasped what the automated system was doing or not doing. In all the process took about an hour.

Long and short of it – I am all set, but I am not certain others are. If you have made a reservation, especially to the Be Our Guest Restaurant today and have not provided a credit card number to secure your reservation, you may want to call back and speak to an agent.

As usual, just waiting for the magic, but for now, I better go on a training run.

I’ll be honest Andy. . .as I read your story I became very jealous. The morning they began taking reservations (at 7:00 a.m.) I began calling Disney dining at 6:58 a.m. – in case my clocks were a little slower than Disney’s. I either got a busy tone or an “all circuits are busy” message for 3 straight hours doing nothing but pressing redial and hanging up. I eventually had to go to work but continued trying all day. I too am a HUGE Disney fan and was prepared to wait because to my family, the reward of getting to eat in the new castle would certainly be worth a few inconveniences. I FINALLY got through at 3:30 that afternoon only to hear that there were no available times for the entire time we will be in Orlando. Very sad. I am newly married and my husband and I are taking his kids, my parents and sister in early December. Going to eat there was the only request my new step-daughter made for the whole trip. I’m so sad to not be able to come through for her. Needless to say, I’m certainly one of those you mentioned that had difficulty trying to “be there guest.” No hard feelings for Disney, just wish I’d been one of the lucky ones that got through earlier that day!

I made my reservation for January online yesterday. It took maybe 5 minutes tops. Most of the time was spent entering my credit card info. I can’t wait till January for my trip. It will be a 4 generation trip with a friend who is Disney World virgin. I expect it to be an awsome trip.

Wow, Catherine – that’s was a hard day for you. I am going to consider my self lucky…

Well, perhaps it’s not quite the same, but the Be Our Guest is a “quick service” restaurant during the day so I am sure you can get certainly get in there and check it out in that way.

And, there are plenty of awesome restaurants in all of WDW, but sounds like you knew that! Have a great trip.

More Thanksgiving in the parks, please –...