Today marks the beginning of the 2008 Summer Olympics in Beijing, so in honor of that, here’s a photo update from around Epcot’s World Showcase, including several snapshots from the China Pavillion. These photos were actually taken yesterday, on 8/7/08, but I felt that it was more appropriate to post them today in honor of the 2008 Summer Olympics! 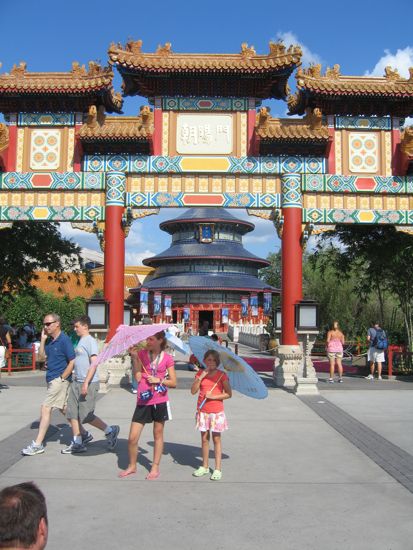 Posing for photos in front of the China Pavillion is a very common occurrence. 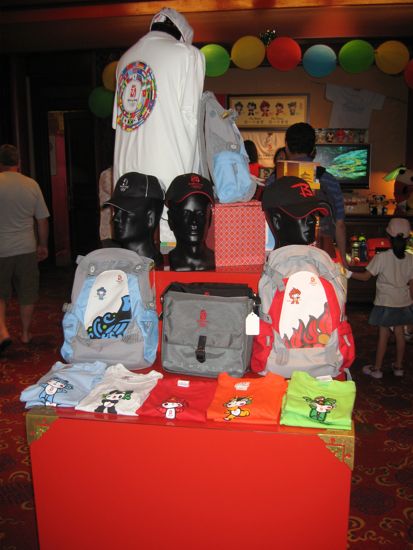 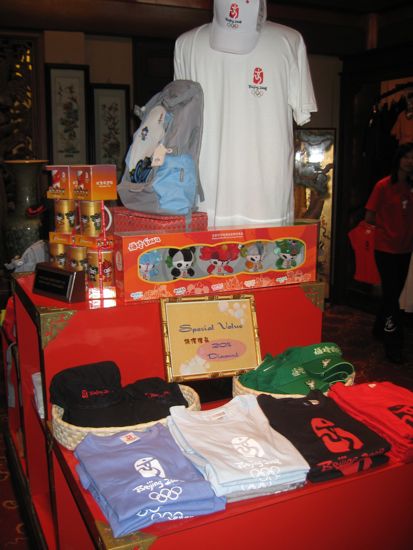 Fans of the Olympics can find a wide variety of merchandise in the store in the China Pavillion, including hats, shirts, plush versions of the 2008 Olympic Mascots (Beibei, Jingjing, Huanhuan, Yingying, and Nini), and even a few items made of precious metals that cost up to $660! 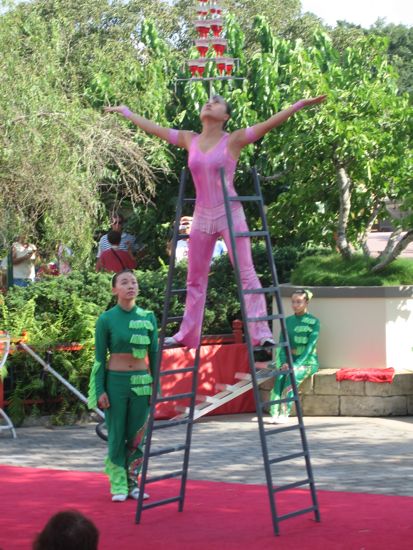 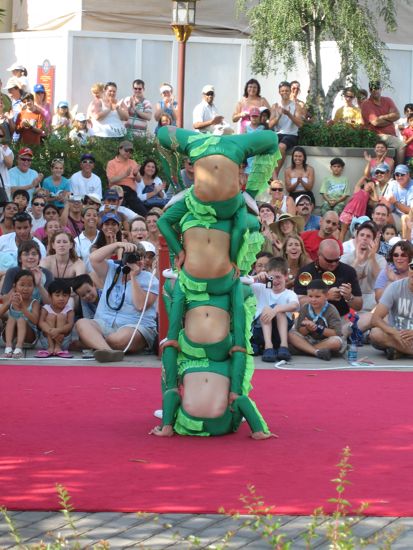 Chinese acrobats regularly perform at the entrance of the pavillion. While they may not be taking part in an Olympic event, their performance is equally as impressive. 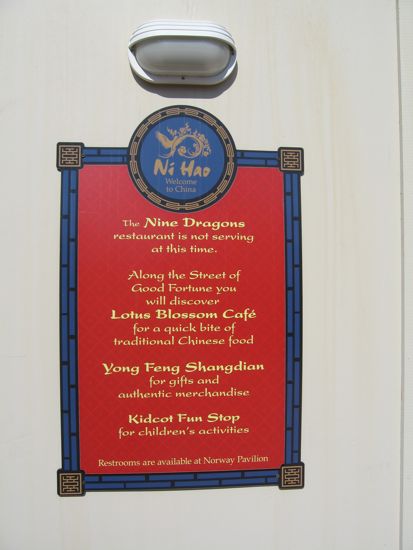 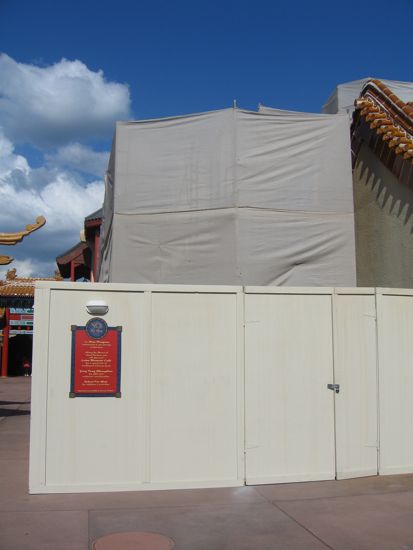 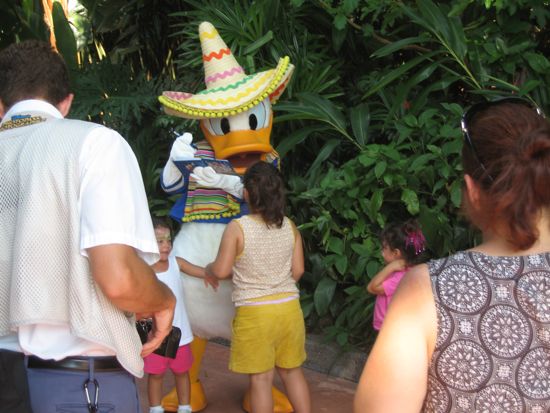 Donald Duck was out signing autographs for his fans in the Mexico Pavillion, where he stars in the Gran Fiesta Tour attraction. 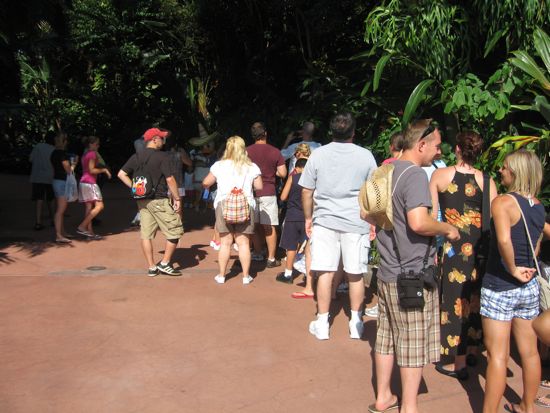 The line to meet Donald was quite long. 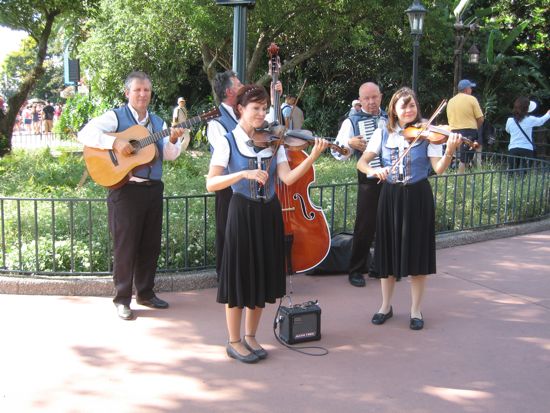 This band was playing at the Norway Pavillion. There’s a lot of outdoor entertainment midday at Epcot during the summer months. 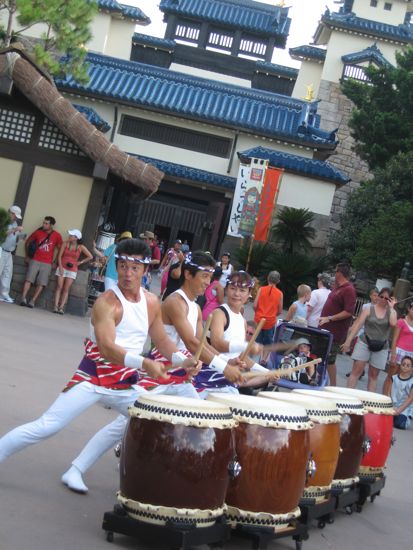 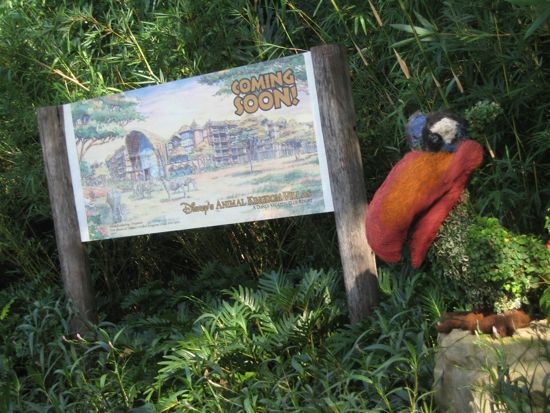 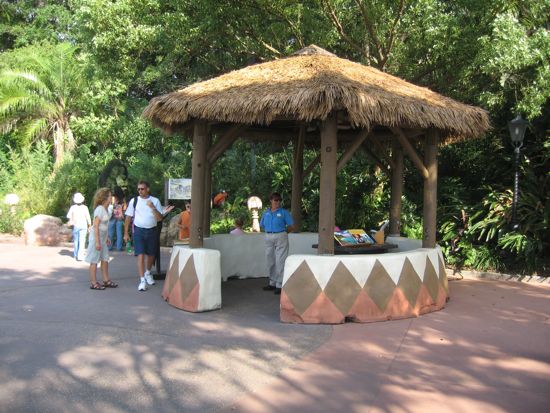 That’s all for today!

You must have followed us around the world showcase yesterday!

We signed up for the AK Kidani Villas with the DVC earlier in the week, they look great!

great update has always keep it up