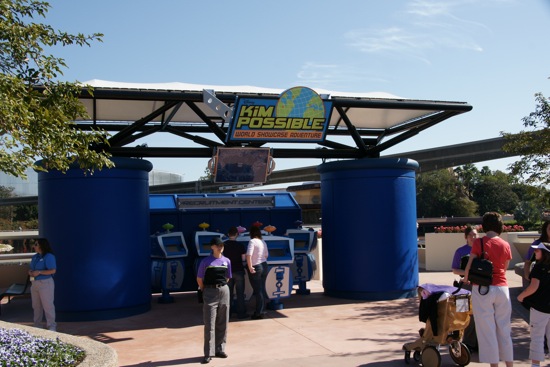 The Kim Possible World Showcase Adventure was listed on the times guide as starting Wednesday but it was fully running on Sunday. This is one of three places in Future World where you can sign up to play. The other two locations are in each Innoventions. 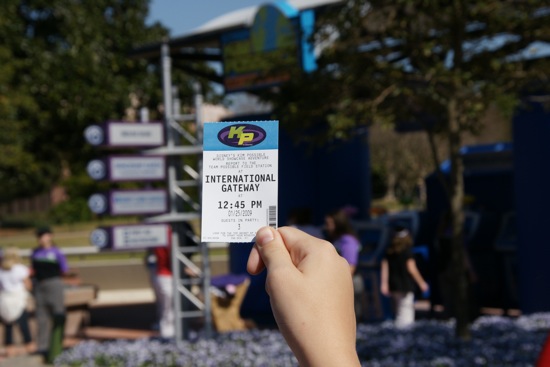 Here’s the ticket I was given which told me where to start my adventure. My son said he wanted to try to capture the villain by the name of Camille Leon, which was at a different start point, so the cast member told us to just take our ticket there and ask if we could start there. We did and they let us.
There were a lot of people playing yesterday. We are trying to do a different country each visit, but it’s hard to not see some spoilers as you’re visiting the countries and you see other guests triggering things during their game. 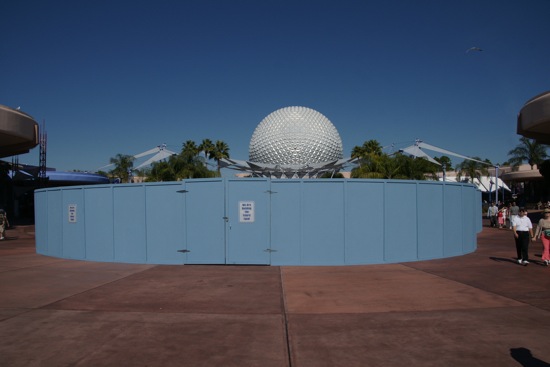 The fountain had a large wall around it. I guess they’re cleaning it out or doing some sort of maintenance. 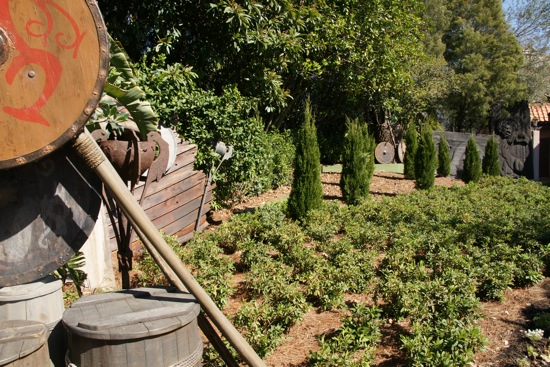 The viking ship in Norway is now gone, although it looks like pieces of it were left behind. 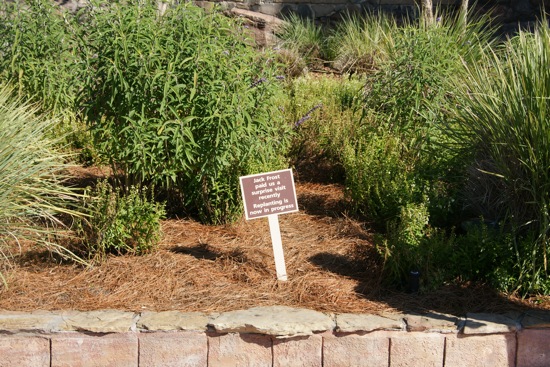 Disney’s apology for an area not looking so pretty. The sign says “Jack Frost paid us a visit recently. Replanting is now in progress.” 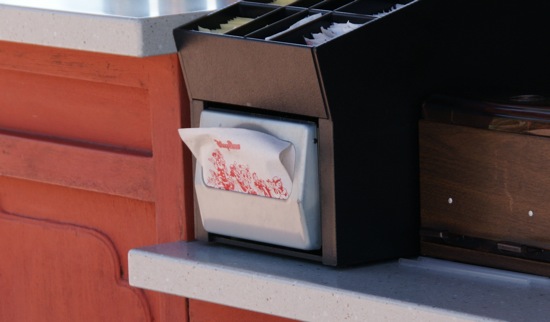 Looks like they ordered a bit too many Christmas napkins. 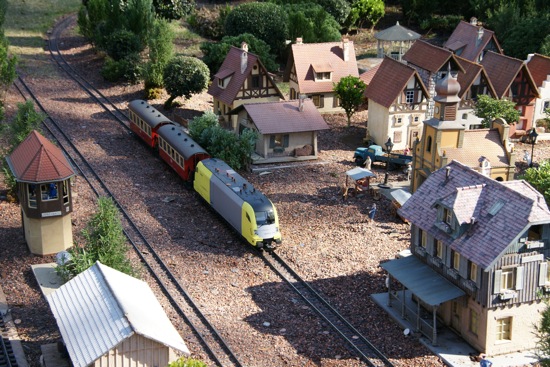 This may not be new, but I haven’t seen this train running the track in Germany before. 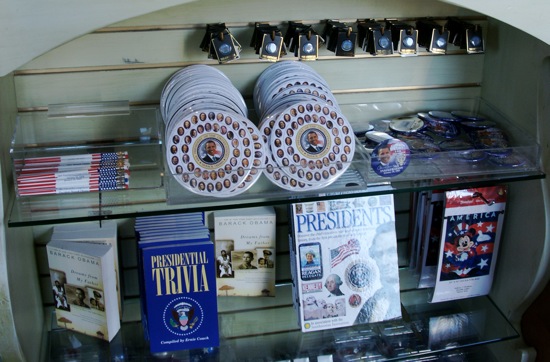 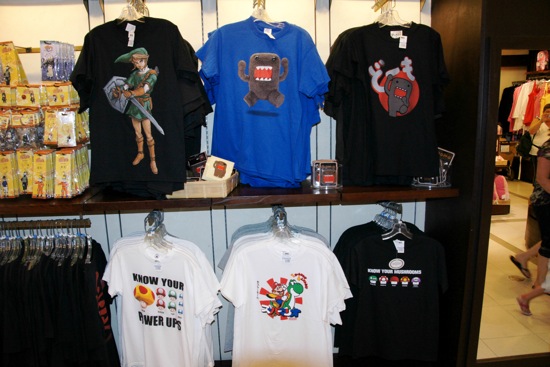 Some cool Nintendo shirts available in the store in Japan. I bought the bottom right two. Who is that character on the blue shirt? 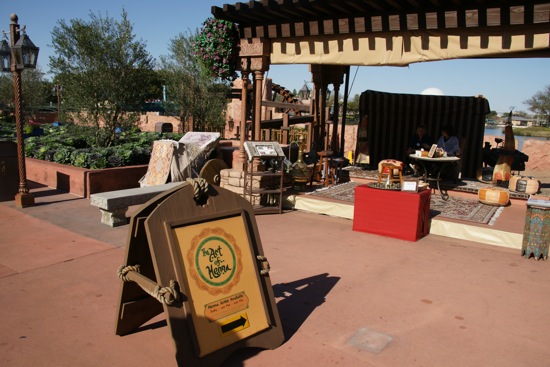 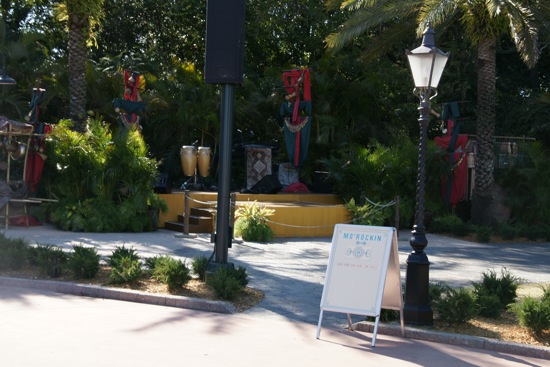 The Mo’Rockin band has moved to a new stage and henna tattoos are available where they used to play. 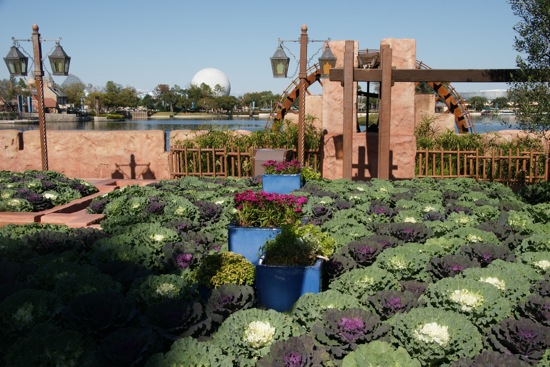 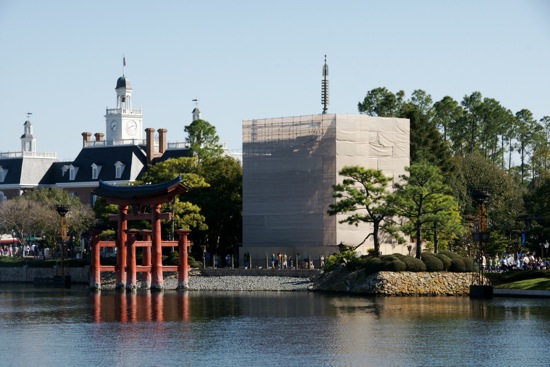 The tall building in Japan where the drummers play is undergoing some maintenance. 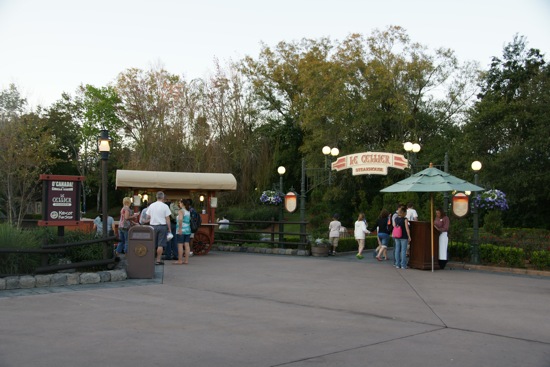 This popcorn stand has moved across the way in Canada and there is now a host for the Le Cellier Steakhouse at the entrance to the gardens.

Watch Today show taping, get in free to Universal

The character on the blue shirt is named Domo, and he is the mascot of a the Japanese TV channel, NHK. He was also, for whatever reason, the mascot for Target’s Halloween decorations.

Thanks. I thought I’d seen him at Target.