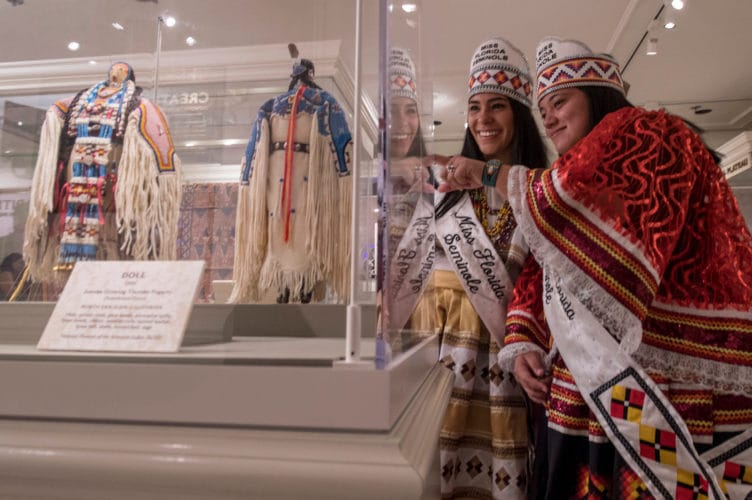 Artifacts of Native American culture can now be seen in the ‘Creating Tradition’ exhibit inside Epcot’s American Adventure.

American Indian history and culture come to life in a new art exhibition at Walt Disney World Resort that debuted on July 27, 2018. “Creating Tradition: Innovation and Change in American Indian Art” at Epcot displays the work of contemporary Native artists alongside artifacts from centuries past, demonstrating how ancestral craftsmanship influences modern generations.

The exhibition opened at the American Heritage Gallery inside The American Adventure pavilion. The 89 pieces on display represent 40 different American Indian tribes from seven geographic regions across the United States. 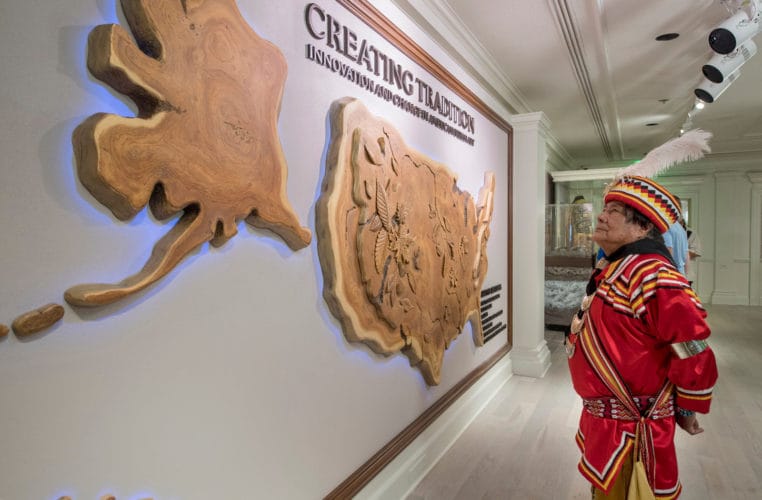 “At Epcot, guests are invited to celebrate the limitless possibilities of human imagination and innovation.” said Melissa Valiquette, vice president of Epcot. “By showcasing artwork from so many diverse American Indian tribes, ‘Creating Tradition’ is a wonderful way to share a vital part of the United States’ culture with all those who visit The American Adventure.”

Highlights from the collection include:

• Fashion designer Loren Aragon (Acoma Pueblo) used the patterns on a jar made in the 1900s by an Acoma Pueblo potter as inspiration for his “Ancient Resonance” dress.
• A Pokagon Potawatomi black ash hamper basket, made in the early 1900s, is paired with modern baskets, exemplifying how this technique is maintained over centuries. For example, on display is “Mother’s Womb,” a basket made by Cherish Nebeshanze Parrish (Potawatomi/Odawa) in 2011.
• A Chilkat blanket from Alaska dating to the 1890s complements “Raven and the Box of Daylight,” a 2017 glass sculpture by Preston Singletary (Tlingit). This piece shows how Singletary experiments with designs from his Tlingit heritage in mediums beyond traditional Native materials.

“Creating Tradition” also offers three interactive video exhibits where contemporary American Indian artists share perspectives on their work and culture. When guests wave their hands in front of a display resembling a campfire, the “flames” transform into a video presentation. Music playing in the gallery, performed by Native musicians, supports the objects and regions represented throughout the exhibition. 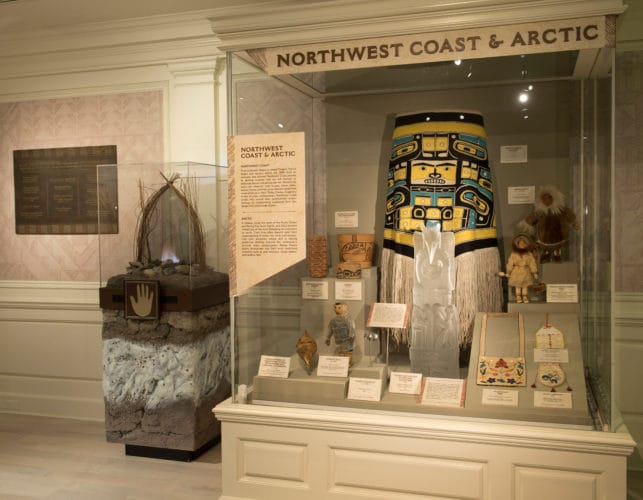 The new art exhibition is produced in collaboration with the Smithsonian’s National Museum of the American Indian in Washington, D.C., and the Museum of Indian Arts and Culture in Santa Fe, New Mexico. Leaders from both cultural institutions were on hand for the gallery opening.

“I am delighted to recognize this association with Disney as their leadership shares the vision and creativity of contemporary American Indian artists with international visitors,” said Kevin Gover (Pawnee), director of the National Museum of the American Indian. “We hope Epcot visitors will see the American experience begins with the American Indians who have always been here.”

“We are honored to collaborate with Walt Disney Imagineering and the Smithsonian in developing this exhibition,” said Della Warrior (Otoe-Missouria), director of the Museum of Indian Arts and Culture. “Hopefully, it will foster a greater understanding and appreciation of the various tribes located in almost every state in this nation, and people seeing these artifacts will be inspired and strive to learn more about American Indians.”

The dedication ceremony for “Creating Tradition” included a blessing from Seminole Tribe of Florida representative Bobby Henry and a stomp dance performance by Seminole tribe members.

During the next five years, the exhibition will feature new artifacts and refreshed displays, incorporating pieces from more of the 573 American Indian tribes recognized by the United States Bureau of Indian Affairs.

For more information or to book a Walt Disney World Vacation, visit disneyworld.com or our recommended travel partner MouseFanTravel.com, and watch these videos of other Epcot attractions:

Recognized…haha I GUESS Ta ‘Shunke and me are beat eh?