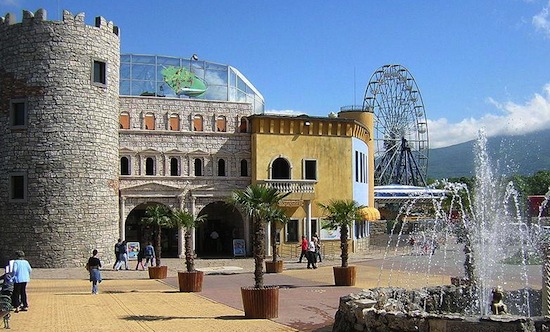 If you follow us on Twitter (@attractions) you may have seen us occasionally reTweeting an account called @FakeThemePark. Hopefully you don’t take them too seriously. As their name implies, their account is not real and serves to give a chuckle to a theme park fan’s day. They are usually able to be funny in 140 characters or less without being vulgar. That’s no easy feat. So we thought we’d contact them to find out more.

We did get a hold of them through e-mail and even interviewed their “CEO”. But in true theme park style, they never broke character and we still don’t know who’s really behind their jokes. We have our suspicions that the Tweets may be coming from a Disney higher-up, but that’s just a guess. 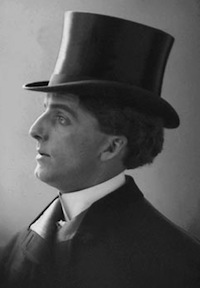 Murph Gantly was born in either Iowa or Ohio; the records aren’t clear. After working as a barker for a carnival of “freaks” and “known criminals,” Murph opened his famous park on July 15, 1955.

Since then, he has maintained total control over all park operations, except for ride safety, which is overseen by his hamster, Nick. Though many critics, including the FBI, have accused Murph of imitating larger parks such as Universal Studios and Walt Disney World, Murph points to a number of personal innovations: rides that are different every time because of loose bearings; live stunt shows that use Balinese shadow puppets instead of actors; and charging guests to sit in the shade.

Despite a number of takeover bids and what Murph calls “frankly insulting” offers, he has maintained sole ownership of his creation, while also signing 7,261 corporate sponsorships. As Murph is fond of saying as he strolls the park: “Never forget, all of this was started by a mouse. Which bit me and gave me fever dreams.”

ATTRACTIONS: What made you want to get started in the theme park business?
MURPH: One night, I had a dream of a place where parents and children could argue about how long a line they’re waiting in while being subjected to inhumane levels of heat, being terrorized by anthropomorphic animals, and spending money they don’t have on things they don’t want. You have to understand, I used to eat a lot of macaroni and cheese before bed.

What was the park like in those early days?
Admission cost a nickel; a dime if you were a woman. I had just two rides – a locomotive that only went backwards and an elephant that slept 20 hours a day. Princess Rainbow was depicted by my uncle holding a wedding veil over a wooden spoon. And medicine was so primitive back then that the First Aid Station did nothing but amputations.

Who’s your biggest competition?
The fools at Disney, the hacks at Universal, and the adorable baby penguins at SeaWorld.

What makes your park different?
Our stunt shows feature live ammunition. And we’re the only park in American that charges people to sit in the shade.

What characters can be found at your park?
We’ve got several categories: the Princesses, who are beautiful, elegant, royal characters; the Pixies, who didn’t make the Princess callbacks; and characters from our “hit” movies like Captain Lightning and Dr. Fright. We also have 17 animal characters, but only Jimmy Jaguar isn’t currently the subject of a class action lawsuit by both PETA and the World Wildlife Fund.

What special events are held yearly?
Halloween Scare Nights, which lasts from to Mabon to Samhain and features mazes based on whatever scares me; this year it’s crickets and the Greek euro crisis. There’s also Merry Snow Days, which for some reason takes place in June. The park’s “birthday” is July 17, which is a big day for guests to come and personally give me presents. Oh, also the Fiesta Bowl, so put that in there, too.

What is your scariest ride?
It’s usually the one next to the ride that collapsed the day before.

Is your park more suited to kids or adults?
One of our slogans is that the park is for “ages 2 to 102,” but after doing some market research we just say “9-year-olds.”

How much are ticket prices?
Exactly the same as a Disney Park Hopper Pass, which is controversial because I only have the one park.

What do you say to those who criticize your park?
Who’s criticizing? Is it Sam Ellis of North Little Rock, Ark.? Because I’ve heard just about enough out of him.

Are you planning on opening any additional parks?
I’ve had bad luck with that. I was all set to open in Kosovo when NATO decided to bomb the place. I’ve started construction on three different islands that have since disappeared due to rising sea levels. The Colombia park is pretty much run by the drug cartels. I do have a completely new, totally finished, state-of-the-art park … but no one goes because it’s in Canada.

Any final thoughts?
Yeah: that Coke promotion is over. So stop bringing in Coke cans!

Haha! I’ve got to find them now funny interview and so true about last question.

Quite clever! And you’re right, it is a rarity to find humorous theme park content that doesn’t indulge in vulgarity and other non-family-friendly content. Not that I’m personally opposed to some “blue” humor, but it has a time and a place. 🙂

Consistently funny! Love the Q&A days on twitter, too.

The Chaos Coaster replaced the Entropy Experience. Bring back ENTROPY!!!!

Disney Parks around the world celebrate 90...