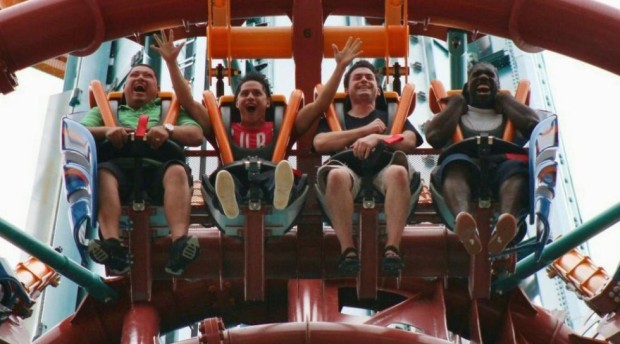 After a summer-long delay, the first drop tower of its kind in the world is now taking guests on an experience unlike anything else.

Falcon’s Fury, the newest attraction at Busch Gardens in Tampa, has begun soft openings to guests lucky enough to be at the park when they happen. (Soft openings are unscheduled openings that may end at any time.) The structure stands 335 feet above the park, and is the final element to open in the new land of Pantopia.

At the ride’s highest point, Busch Gardens added an element of surprise. Riders pivot 90 degrees in midair to a face-down dive position. An instant later they plunge 60 mph at 3.5 Gs straight down with speed and power like they’ve likely never experienced before.

Originally scheduled to open back in May, Falcon’s Fury was delayed due to a delay in the fabrication of key component parts, with a new opening set to late summer. There is still no word on an official opening date, but we expect to hear something later this week. Stay tuned to our Facebook, Twitter and blog to hear when that date is announced.

To get a sense of what riders go through while on Falcon’s Fury, check out this POV taken during the ride’s testing phase: