Fans celebrate Epcot 35 on October 1 with memories and merchandise 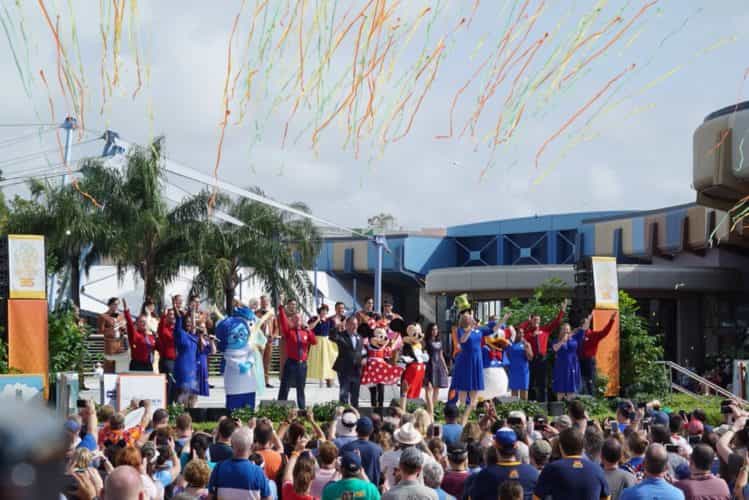 After making their way through an extensive traffic backup and entering the park, Epcot guests received anniversary maps and buttons, before attending the 10 a.m. ceremony at Future World’s Fountain View Stage. 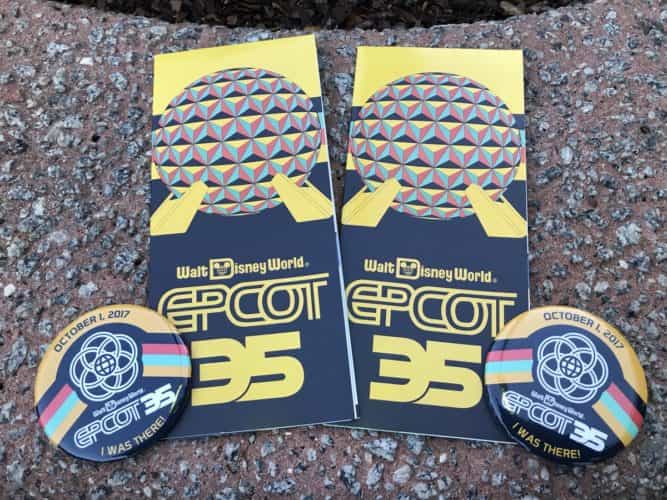 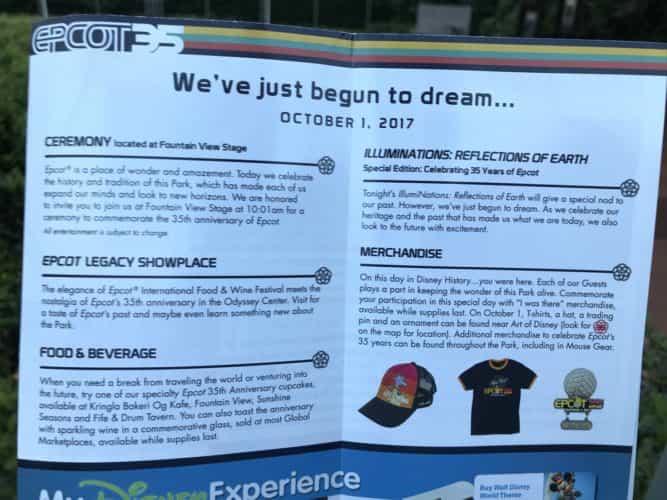 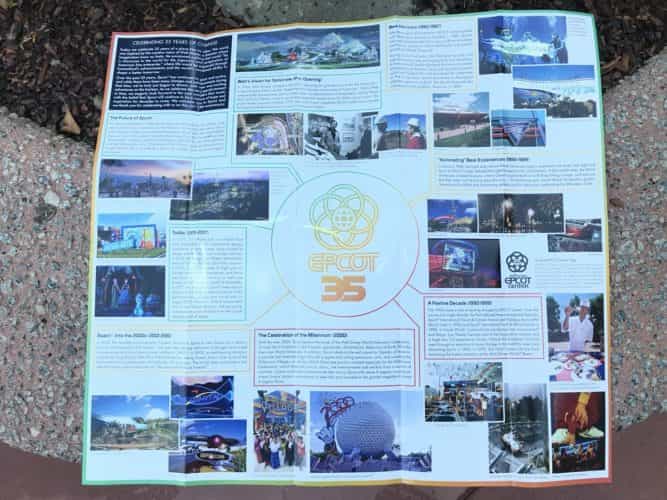 “It’s been an amazing 35 years,” said George A. Kalogridis, president of Walt Disney World Resort, during the morning ceremony. “And as we look toward the future, there is so much more on the horizon.”

Kalogridis was joined onstage by the patriotic Voices of Liberty ensemble and the Mariachi Cobre from the Mexico showcase – two acts that debuted when the theme park originally opened – as guests and cast members looked on. 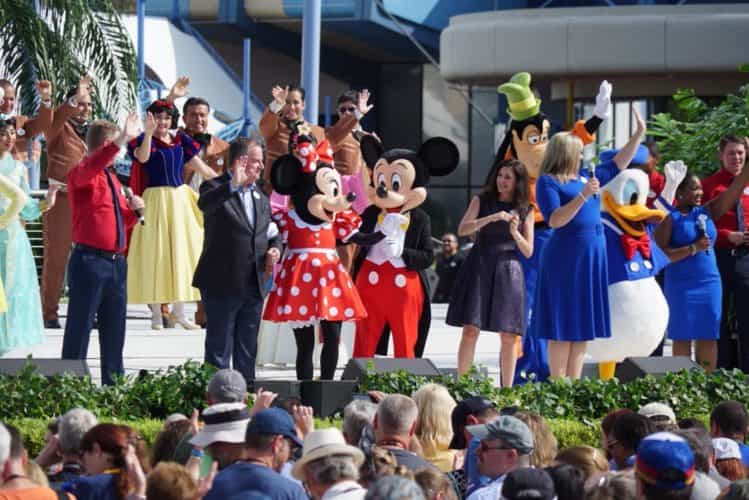 “Epcot has always been, and always will be, an optimistic celebration of the real world – brought to life through the magic of Disney,” he said. “I promise you the exciting plans we have on the horizon will honor Epcot’s rich legacy of creativity and innovation while continuing to exceed the expectations of our guests, for decades to come.

Disney’s second theme park, originally known as EPCOT Center, first opened its gates on Oct. 1, 1982. Upcoming expansions recently announced for the park include a new restaurant for the Mission: SPACE pavilion; a Ratatouille-inspired attraction in the France showcase; a new E-ticket Future World attraction based on Guardians of the Galaxy; and an updated Circle-Vision film for the China showcase.

“The spirit of the expansion will continue to evolve Epcot to make it more timeless, more relevant, more family and more Disney, while staying true to its original vision.” Epcot remains “a place for family, a place for fun and a place for faith in our vision as a people,” Kalogridis said. “It is little wonder that so many have fallen in love with this park and its story.”

Besides the anniversary ceremony, Epcot offered some unique merchandise, food, and entertainment to celebrate the big day, like these retro photo frames: 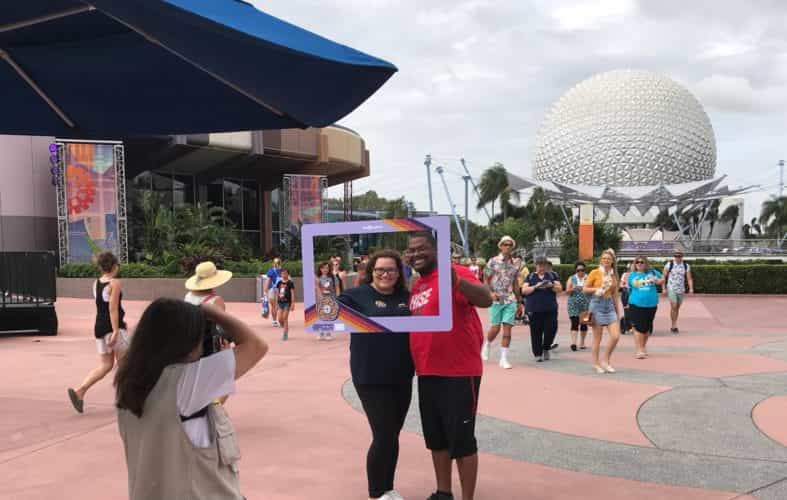 The old Odyssey restaurant was transformed into the Legacy Showplace, which showcased some models of Epcot’s original pavilions. 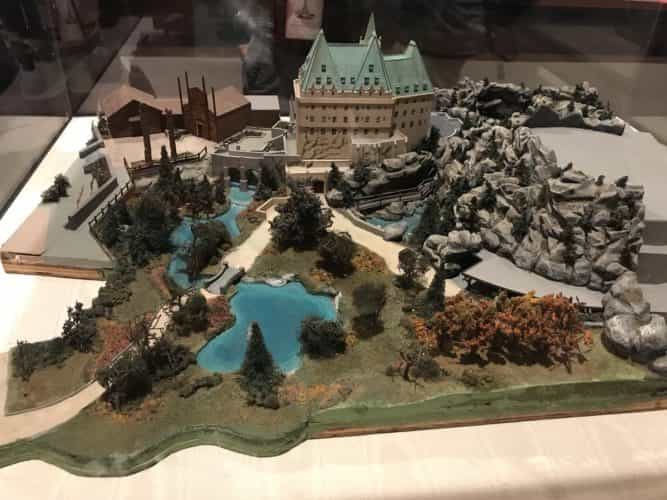 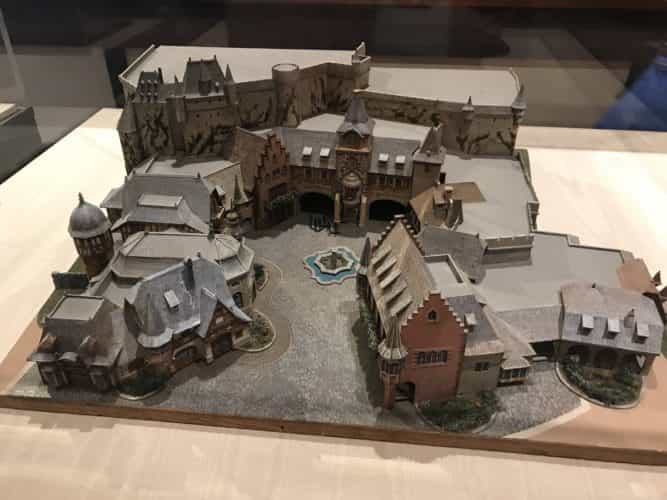 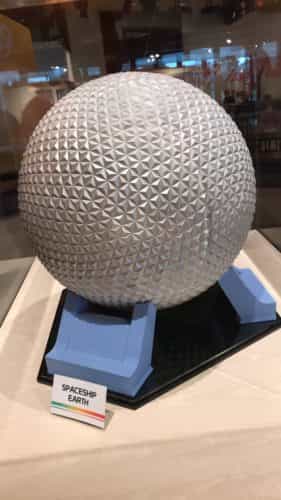 Exclusive anniversary cupcakes were available for the day… 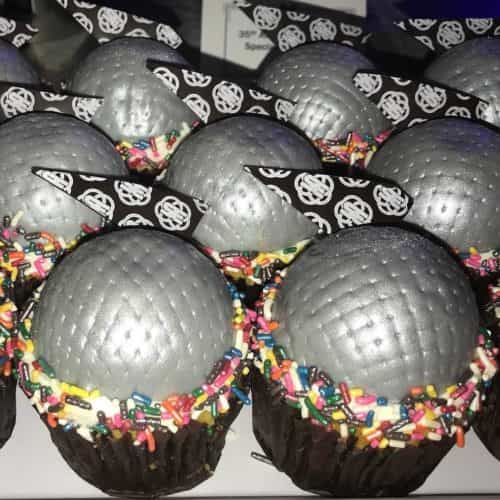 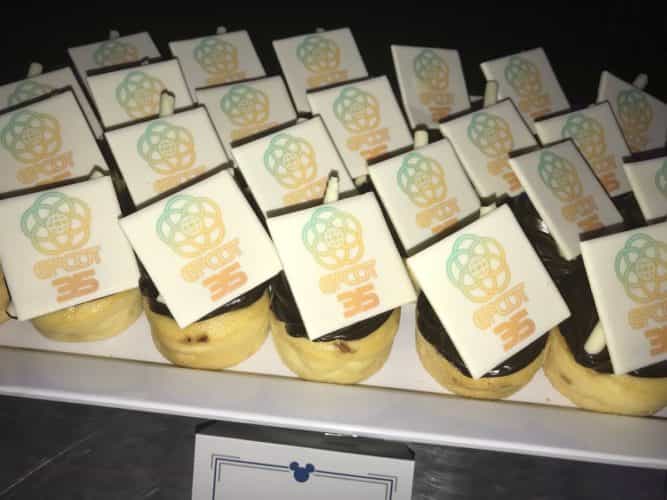 …as were these Epcot 35 Starbucks mugs: 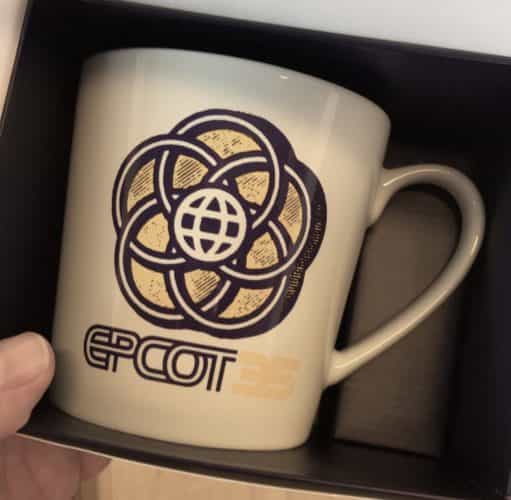 Fans of the original Journey Into Imagination ride (which didn’t actually open until 1983) could claim Funko Figment figures. 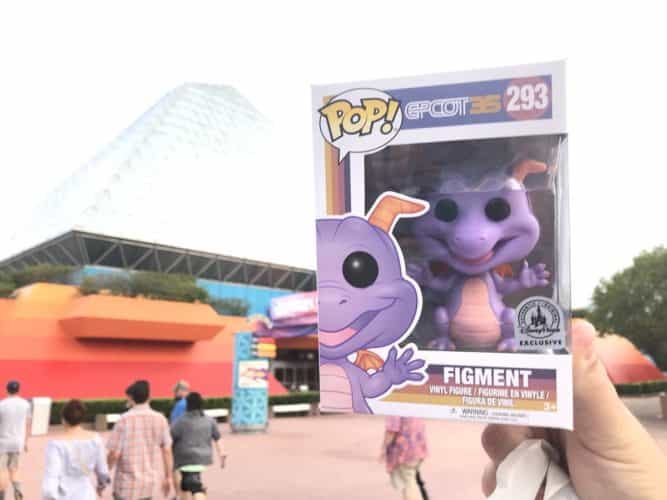 The evening ended with a special performance of Illuminations: Reflections of Earth that featured an additional Epcot 35th Anniversary encore, as seen in this video: