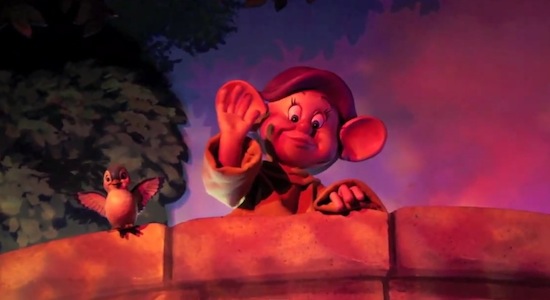 The line was long for the final night of the Snow White’s Scary Adventures attraction at Walt Disney World’s Magic Kingdom. As the park’s closing neared, fans hurried to get in line for a final scary journey as the fireworks from Wishes began exploding all around the building. But after the last guest in line made it through, a teen named Ben with autism, who has ridden more than 3,450 times, was given the honor of being the very last to ever ride.

Snow White’s Scary Adventures, which has been running at the park since it opened in 1971, closed for the final time on May 31, 2012 to make way for Princess Fairytale Hall, a meet and greet area for the Disney princesses which will be part of the New Fantasyland.

But Snow White will be back, trading her scary journey for a more thrilling one. Construction has already begun on the Seven Dwarfs Mine Train Ride just across the way. The dark ride/roller coaster combo will open in 2014 and feature swinging mine cart vehicles.

The ride’s biggest fan has to be Ben, a teen with autism who first started riding when he was 9. Ben has always loved watching Disney videos, so his parents decided to bring him to Disney World. When Ben entered the park, his parents noticed a great change for the better. Ben was happy and smiling more than ever before. His first ride at the park was Snow White’s Scary Adventures. When his parents noticed the change the Magic Kingdom brought to their son, they moved to Orlando and began visiting the park often. All the cast members working the attraction know Ben and his family from their frequent visits. As his favorite attraction, Ben has ridden Snow White’s Scary Adventures more than 3,451 times. Who could be more deserving of the last ride? For more about Ben, visit his father’s blog at shmoolok.com

(UPDATE: After the park closed and all the guests had left the area, Ben and his family were allowed to ride a few more times so Ben’s total number of rides would be 3,500.)

Here are some photos from the final night (click them to see larger versions). Because the Wishes fireworks show was happening at closing, the area just in front of the attraction was closed off. Scroll below the photos for a ride-through video of the whole ride. A different version of the attraction remains open at Disneyland in California. 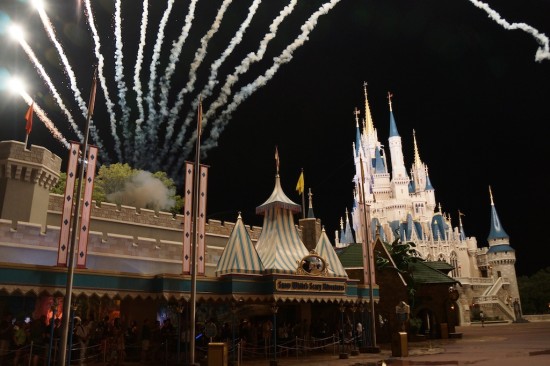 Wishes fireworks explode from the top of the attraction. 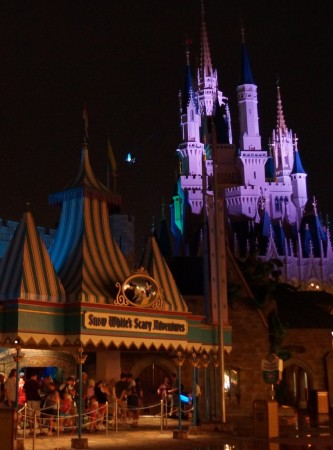 Notice Tinkerbell flying above the attraction in the background. 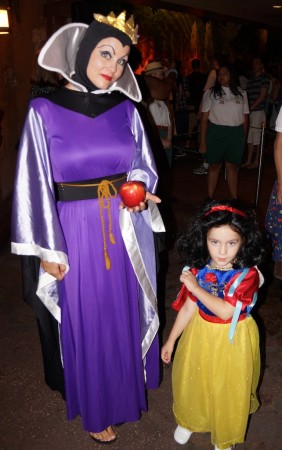 A couple of big fans came dressed for the occasion. 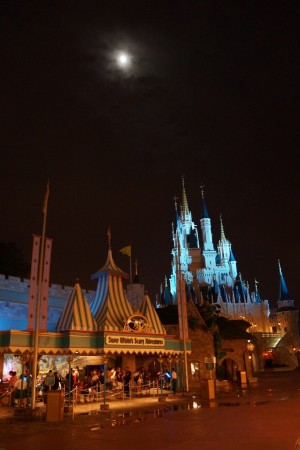 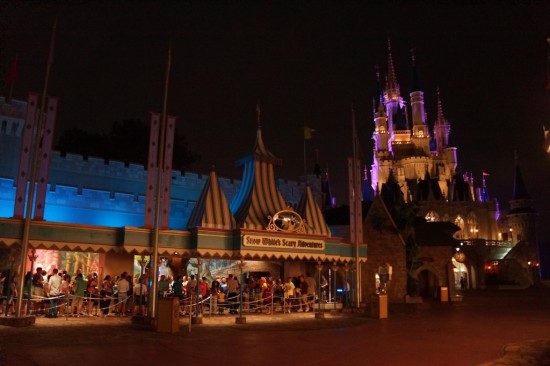 Please use person first language. It should read a boy with autism not an autistic boy.

2012 Is the year to close classical rides Jaws and the Scary Adventure. I remember the first time i road that ride i cryed the entire time. That attraction was a good example of what Disney can do make a scary family attraction. RIP to another classic.

Wow! A little piece of my childhood has vanished. This new Snow White mine coaster better live up to the charm of SW’s scary adventure. I loved this ride and thankfully rode it early in 2012 so I could say goodbye.

I’m going to miss this so much. I even wrote about it and Mr. Toad’s Wild ride on my blog: https://ladyjwanderlust.blogspot.com/2012/03/back-in-day.html

I guess this is what “progress” feels like. Bittersweet.

What a great story. We also have a son with autism. We took him to Disney World for the first time when he was 4 years old. We saw a huge difference in him, we came very close to moving from NC to Orlando, FL. So far 17 years later and over 50+ trips (we quit counting after 50, many years ago) we still love to come back to our favorite attractions every few months. Sad to see Snow White go but we are looking forward to the new Fantasyland. Thanks so much for publishing stories like this!

Disney Wish hits the water for the...