Filmmakers bring humanity to the Cars franchise in ‘Cars 3’ 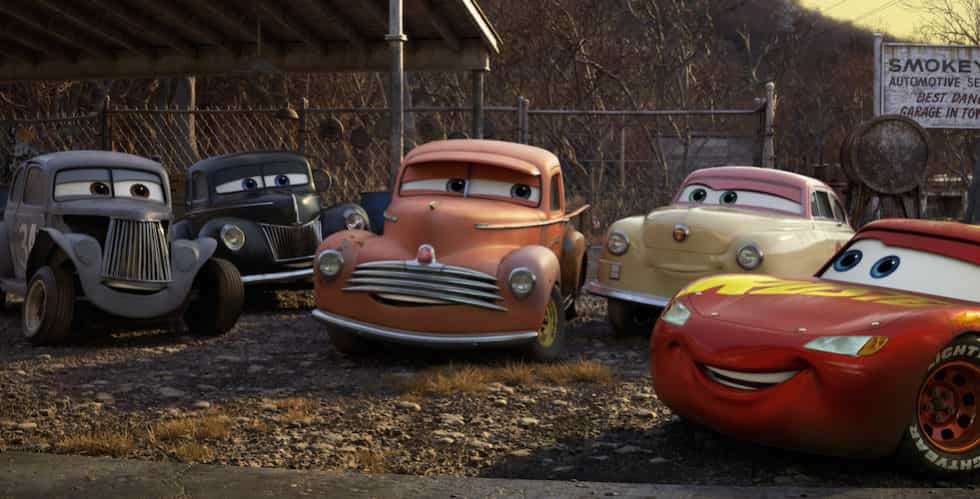 The next version of the Cars franchise races into theaters this summer on June 16. The first “Cars” movie introduced us to an up and coming racer named Lightning McQueen (Owen Wilson). “Cars 2” took us racing with McQueen around the world. Now it’s time to see how McQueen faces something we’ve all faced – getting older and no longer being able to compete on the level of those younger than us. There are two choices: accept it or fight it. Lightning McQueen is a fighter.

If that sounds a little too real to you, too close to home, that was on purpose. “This is a return to McQueen’s story,” said Director Brian Fee. It felt like the right thing to do was to definitely continue telling McQueen’s story – to go back to something similar to the tone of Cars one.

“Cars one, despite the fact that they’re talking cars, was one of the more realistic movies we have done at Pixar, as far as the world. It’s the real world. They are real people with problems. That was something that was important for us to try to capture again.”

“When we first met Lightning McQueen, he was a young rookie — a superhero,” said Fee. “He had his whole life ahead of him. And while he’s done well since we last saw him — really well — winning five Piston Cups, he’s not a young hotshot racer anymore.” 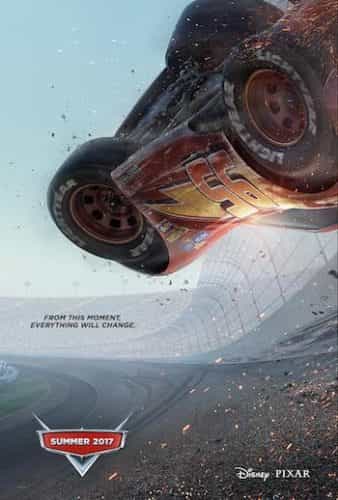 After being beaten by the next generation of racers, McQueen believes he can get even faster with a little help. So he heads to the Rust-eze Training Center. But as he soon learns, it’s not all that easy for an old dog to learn new tricks.

As with all Pixar films, the filmmakers did a lot of research. “We looked at athletes in other sports, but really focused on NASCAR drivers,” said Fee. “They start at such an early age and their lives are centered around driving. We even talked to a sports psychologist who explained that many of these drivers don’t know anything else. They can’t imagine doing anything else.”

Screenwriter Mike Rich added, “Some athletes made the mistake of just trying to stay young. The ones that adapt and evolve, and can tap into the wisdom they’ve gained over the years, are the ones that succeed.”

“We were really intrigued by what happens to an athlete who’s in the twilight of his career,” said Fee. “All Lightning McQueen has ever wanted is to be a champion — and he’s done that. Does that mean his life is over? He doesn’t know anything else.”

Lightning’s main competition is Jackson Storm (Armie Hammer), the fastest of the next generation of racers. He’s sleek and technologically advanced. “He’s the inverse of McQueen in Cars one”, said Rich. “He has everything McQueen had when he was young: speed, personality, a lot of swagger and a little bit more of an edge than McQueen ever had. But the one thing he clearly represents is the same thing that McQueen represented to a lot of older racers when he was coming up.”

Despite his reluctance, McQueen is paired up with an eager young race technician, Cruz Ramirez (Cristela Alonzo). Cruz uses the latest technology to train racers, technology McQueen isn’t used to. McQueen even feels old during training. So he convinces Cruz to try out his “old school” training methods on the road. He recalls the wisdom imparted on him by his mentor, the late “Doc” Hudson Hornet (Paul Newman). (Newman had recorded enough unused lines before his death that they were able to use them in this film as well.)

“If you’re really trying to share an idea with an audience as a filmmaker, you have to feel it,” said Fee. “So being a parent became my main resource to find and understand the emotion in the film. One day, I spent a couple hours painting a simple picture to teach my daughters about art. Something changed after that. I found the experience so much more rewarding than I ever imagined. That’s what we’re trying to communicate in this movie with the relationship between Lightning McQueen and Doc.”

McQueen eventually realizes that Cruz has her own aspirations to be a racer, and he suddenly realizes he has a chance to become her “Doc”.

“Audiences connected with the first Cars film in a very special way,” said Jay Ward, creative director for the Cars franchise. “They saw the heart in Radiator Springs; they felt the emotion in the relationships between the characters.”

Writer Bob Peterson summed it up, “We wanted to make this an emotional, meaningful film. If it conjures up some of the Americana, nostalgia and the friendship and community of the first film, that’s great.”

Although overall it’s a fun movie about talking cars, you may just leave the theater with thoughts about your own life, and how things are always changing. No one stays on top forever. “Where McQueen goes in this movie, personally, we’re kind of cornering him further and further,” said Fee. We really wanted to push him dramatically.”

You can certainly tell that from the first teaser trailer that was released for the film. McQueen is involved in a very serious looking crash during a race. Some even thought they were killing off Lightning McQueen. To that Fee said, “We had one thing we wanted to say. We wanted to really come right out of the gate and say, this is probably not the Cars movie you were expecting.”