Fire breaks out at Islands of Adventure ride, no injuries reported 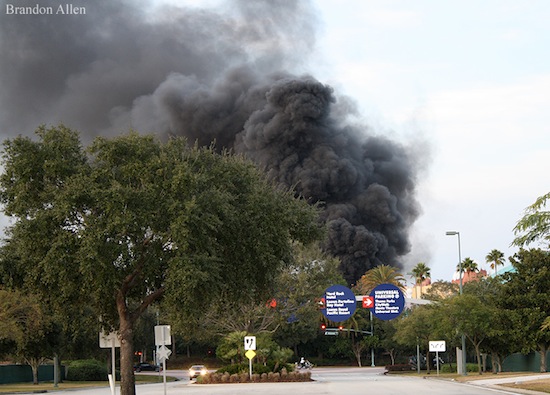 A fire broke out at Dudley Do-Right’s Ripsaw Falls flume ride at Universal’s Islands of Adventure earlier today. The ride and the surrounding areas of Toon Lagoon were evacuated and no injuries were reported. 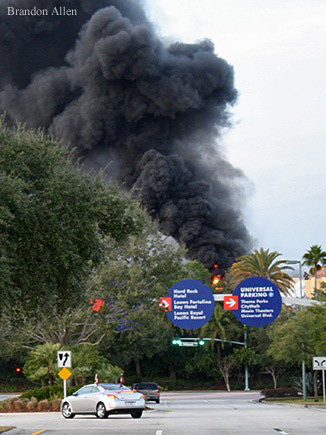 Orlando Attractions Magazine video host Jessica Steele Allen and her husband Brandon Allen were just outside of the park to bring you these exclusive photos. Despite the large clouds of thick black smoke above the park, the Orlando Sentinel reported that the fire was extinguished in about a half an hour. The area around the ride was later reopened.

There’s no word on the extent of the damage or when the ride will reopen. An investigation is underway. The Sentinel also reported the fire was in part of the outside track and not in the main building. The track runs in and out of the building both around the top of the building and down on ground level. 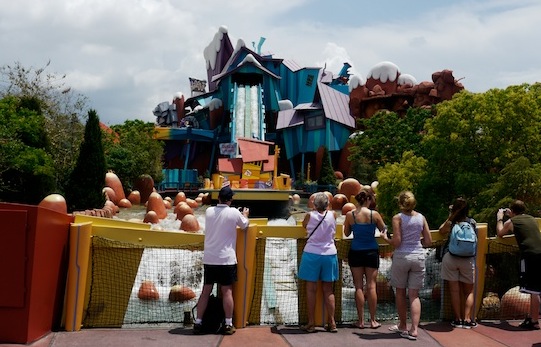 The irony of it all, a fire breaking out on a water ride.