The first haunted house for Halloween Horror Nights 23 has been announced, and it’s based off the hit horror film Cabin In The Woods.

This fall, Universal Orlando Resort is unleashing hell by bringing to life Lionsgate’s hit horror film, “The Cabin in the Woods,” at its annual Halloween Horror Nights event. Universal’s Entertainment team is partnering with Lionsgate and film director and co-writer Drew Goddard to deliver a movie-quality haunted house experience that’s authentic to the film and places guests in the middle of an ancient fight for survival.

“This is a twisted dream come true for me,” said Goddard. “The Universal team has done an amazing job making all the terrifying aspects of ‘Cabin’ come to life, and horror fans will not be disappointed. Also, they said they’d let me dress up like a merman and scare people, so I’ll see you guys there.”

At Halloween Horror Nights 23, guests will step inside the menacing cabin from the movie and fend off a malicious family of zombies. Just like in the film, guests will flee from the cabin and enter a hidden facility where a secret operative is plotting their sacrificial demise. Suddenly, a menagerie of bloodthirsty monsters is released – and they’re in the middle of all-out chaos.

Along with the first house announcement, Universal has started the viral campaign teasing the event this year. They have posted this video from an “investigative blogger”: 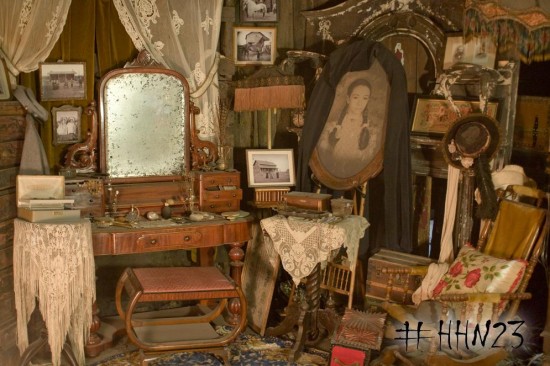 A description from the official website states: “What evil has taken root? Unexplained things are happening in the woods. Horrible things. Crucial evidence has been discovered by a lone blogger obsessed with exposing the evil that has taken root.” Additional details about this year’s event will be revealed soon, including more all-new, horrifying haunted houses.

Here’s our playlist of past Halloween Horror Nights videos: https://www.youtube.com/playlist?list=PL818974B1936F5848

Legoland Florida to celebrate Independence with nightly fireworks during Red, Brick and Boom

Oh yes HHN looks to be back to their “roots.” I’m glad to see they appear to be returning to a event with originality and a story!!!

Thanks for the share. I have been going to Haunted Houses in PA ever since I was kid so I know terrifying when I see it and this looks terrifying. Looks like I will be booking a flight for Sept. 20th!