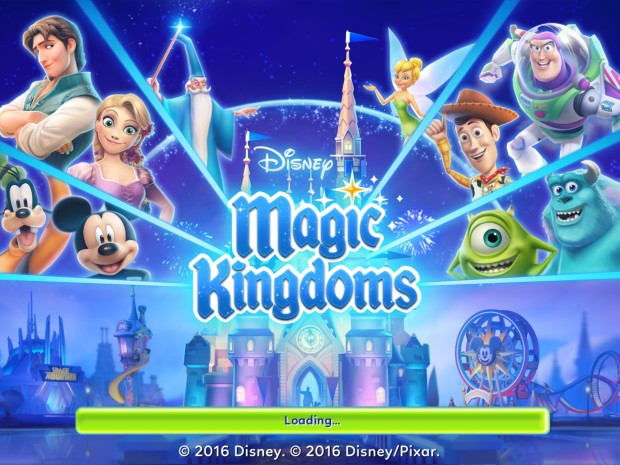 Gameloft has released the free-to-play Disney Magic Kingdoms mobile game, which gives Apple and Android owners the chance to build their own virtual Disney theme park.

Disney Magic Kingdoms, which can now be downloaded for free from the iOS App Store and Google Play, allows players to enter a stylized Disney park that has been corrupted by villainous magic. Gamers can revitalize the park by building digital representations of attractions like Space Mountain, California Screaming’ and It’s a Small World, and by collecting avatars of Disney and Pixar characters. 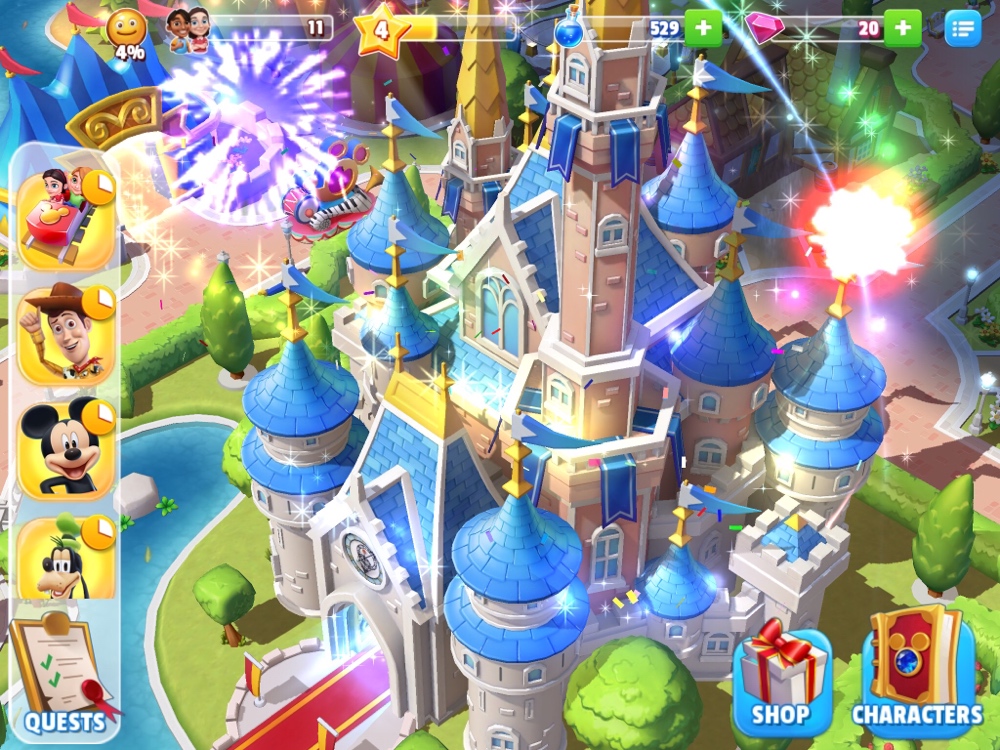 Here is a trailer video giving you a sense of the game’s visual style, which resembles a greatly simplified version of the Xbox Kinect Disneyland video game:

As the game begins, you get a single character — Mickey Mouse, of course — and a small patch of virtual park that vaguely resembles Paradise Pier at Disney California Adventure. You fill the empty land with attractions and snack stands (which periodically generate resources like potions and stars), along with decorative objects like benches and lamp posts. Guests begin to fill the park with “wishes” that you can fulfill with a click, raising the “happiness” level of your park. As you collect resources, you can unlock more land and welcome additional characters to your park. 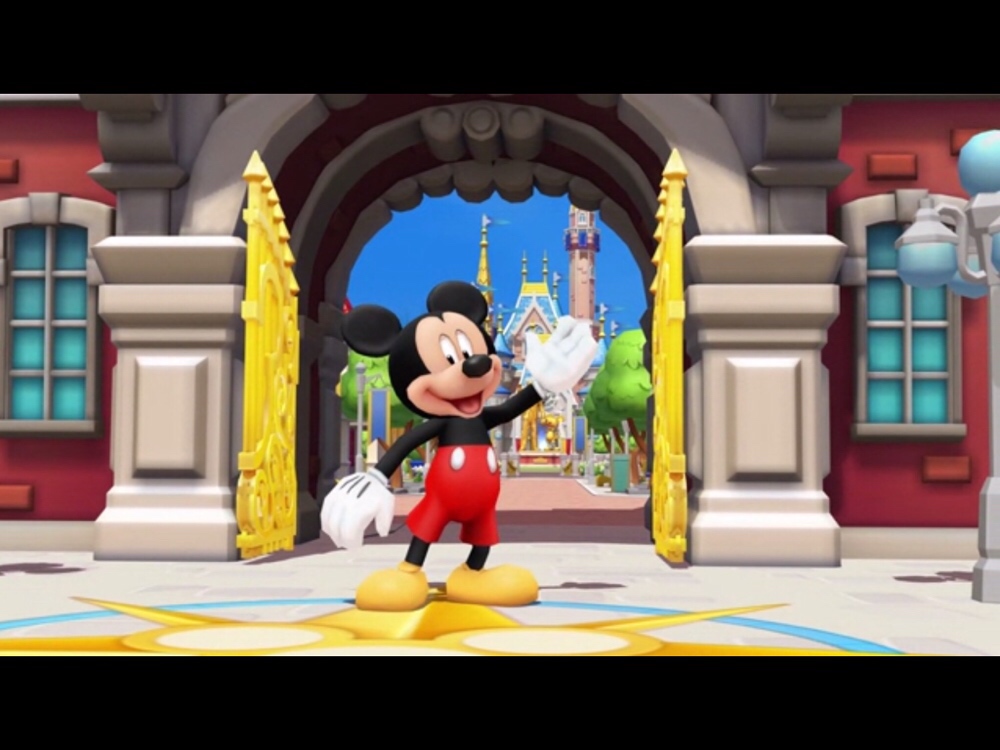 Unfortunately, the game doesn’t appear to allow you to play with or experience the advertised theme park attractions in any meaningful way. There isn’t an option to design your own ride path, or even go inside buildings. In the early levels you’ll be stuck building C-ticket attractions like Mickey’s Fun Wheel and Philharmonic, with the roller coasters frustratingly fenced behind foggy barriers. 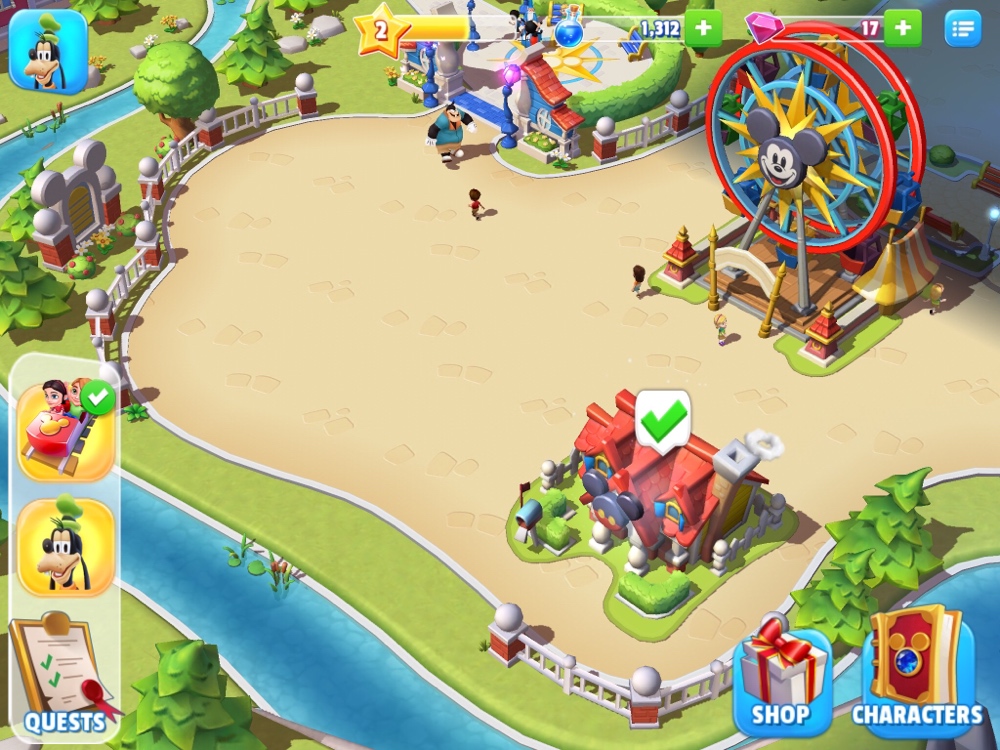 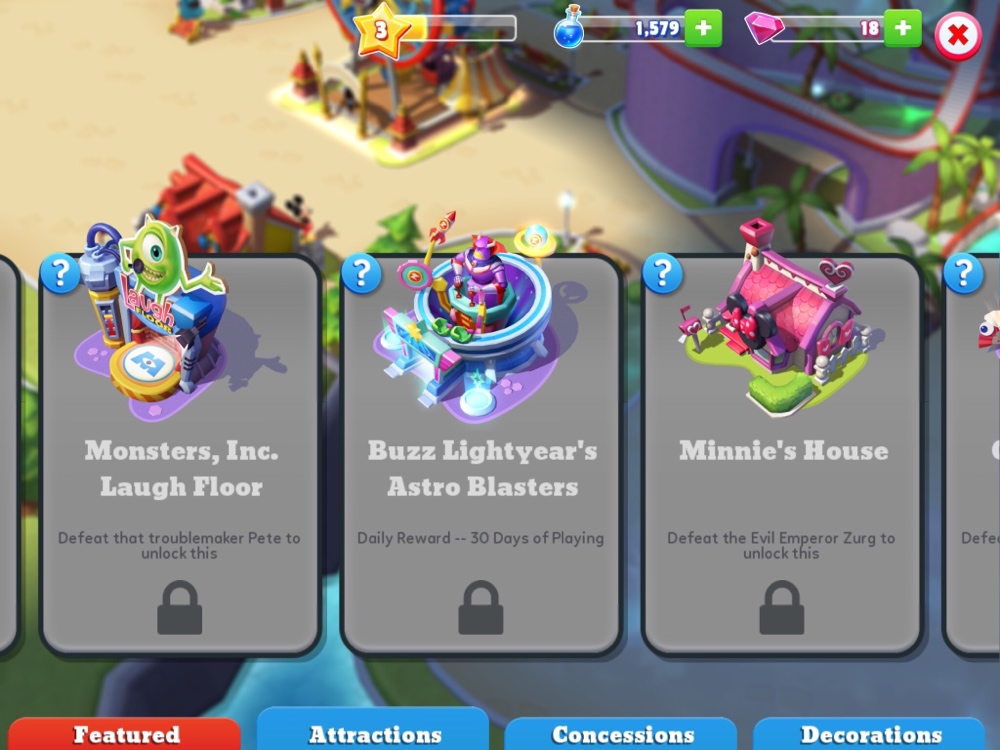 After playing the game for a couple of days, it’s clear that this is not the Disney-themed Roller Coaster Tycoon that many fans may have hoped for. Disney Magic Kingdoms is your standard free-to-play (with optional expensive in-app purchases available) timer-centric idle clicker game. You endlessly tap on buildings to gather resources, so you can build more buildings, ad infinitum. As in most games of this genre, you will spend significant amounts of time waiting for timers to run down, unless you pay real money for “gems” that speed your progression. 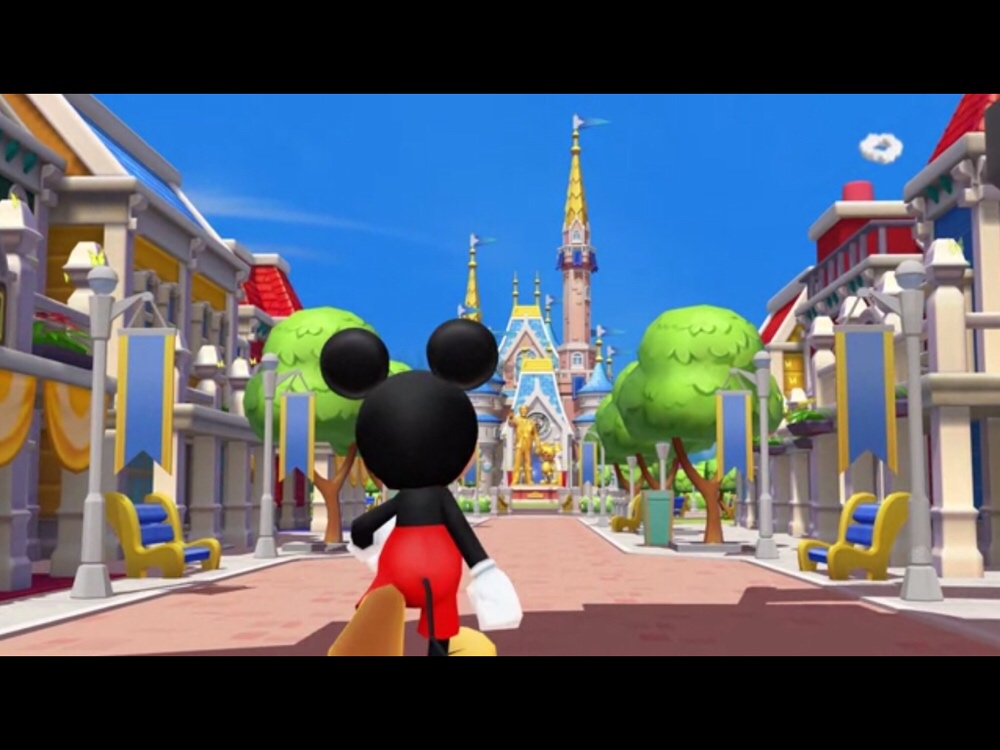 Disney Magic Kingdoms doesn’t yet seem to have enough substance to its gameplay to satisfy adult gamers for long, but the characters and locations will surely appeal to Disney fans young and old. Before you download it for your kids, be sure to check your in-app purchase settings to avoid an unmagical surprise on your bill.

Top 10 experiences that can’t be missed...

The Attractions Show – Not So Scary...